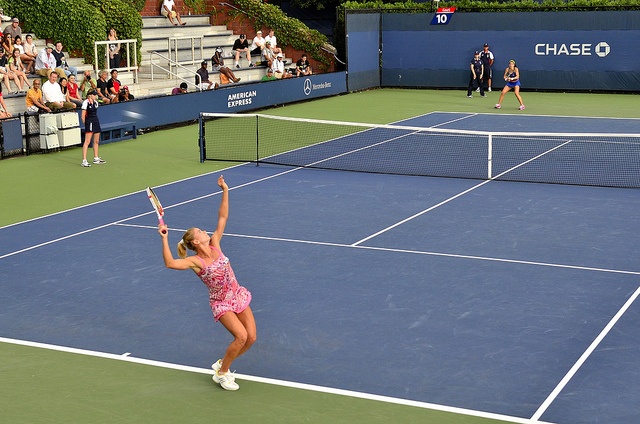 One of the great things about travelling in the United States is the diverse mix of sporting events happening up and down the country. There is non-stop sporting action and it can be hard to decide which events would offer you the most entertainment. Hopefully by looking at five of the top sporting events happening in the USA this year, you will have a better idea of which fixtures simply cannot be missed!

US Golf open at Chambers Bay

In what will be the first US Golf Open to be held in the state of Washington, this year’s tournament looks set to be an exciting follow up to the Masters. It will be interesting to see whether or not Spieth’s spate of good luck can continue his good luck at the Chambers Bay course. Opened in 2007, the Chambers Bay course was previously home to a paper mill, multiple lumber companies, and a railroad centre before being converted into the 18 hole championship golf course that we know today.

Held annually in the later summer months, the US Tennis open is a hardcourt tennis tournament that is one of the oldest in the world having been founded in 1881. The 2015 edition will be held from August 31st to September 13th, making it the fourth and final of the four tennis Grand Slams.

The International Weightlifting Federation (IWF) may not be everybody’s cup of tea, but this tournament has been held annually since 1891. The first tournament was held in London and has since met all over the world, and in 2015 it shall be held in the USA. The IWF World Championships are scheduled to be held November 20th- 29th in Houston, Texas.

The 86th edition of this game will be hosted by the Cincinnati Reds on July 14th. Held at the Great American Ball Park, the Major League Baseball All-Star Game has been an American tradition for some time now, which is reflected in the 2015 logo for the game.

An annual competition comprised of team time trials, individual time trials and a road race the Road World Championships are held in a different city each year. Alongside the Giro d’Italia and the Tour de France, it is the final event in the Triple Crown of Cycling. The cycling event of the season is due to be held on September 19th-27th in Richmond, Virginia.

Marmaris – Your Next Turkish Adventure?

Experiencing the exotic in Okinawa, Japan – Introduction and background