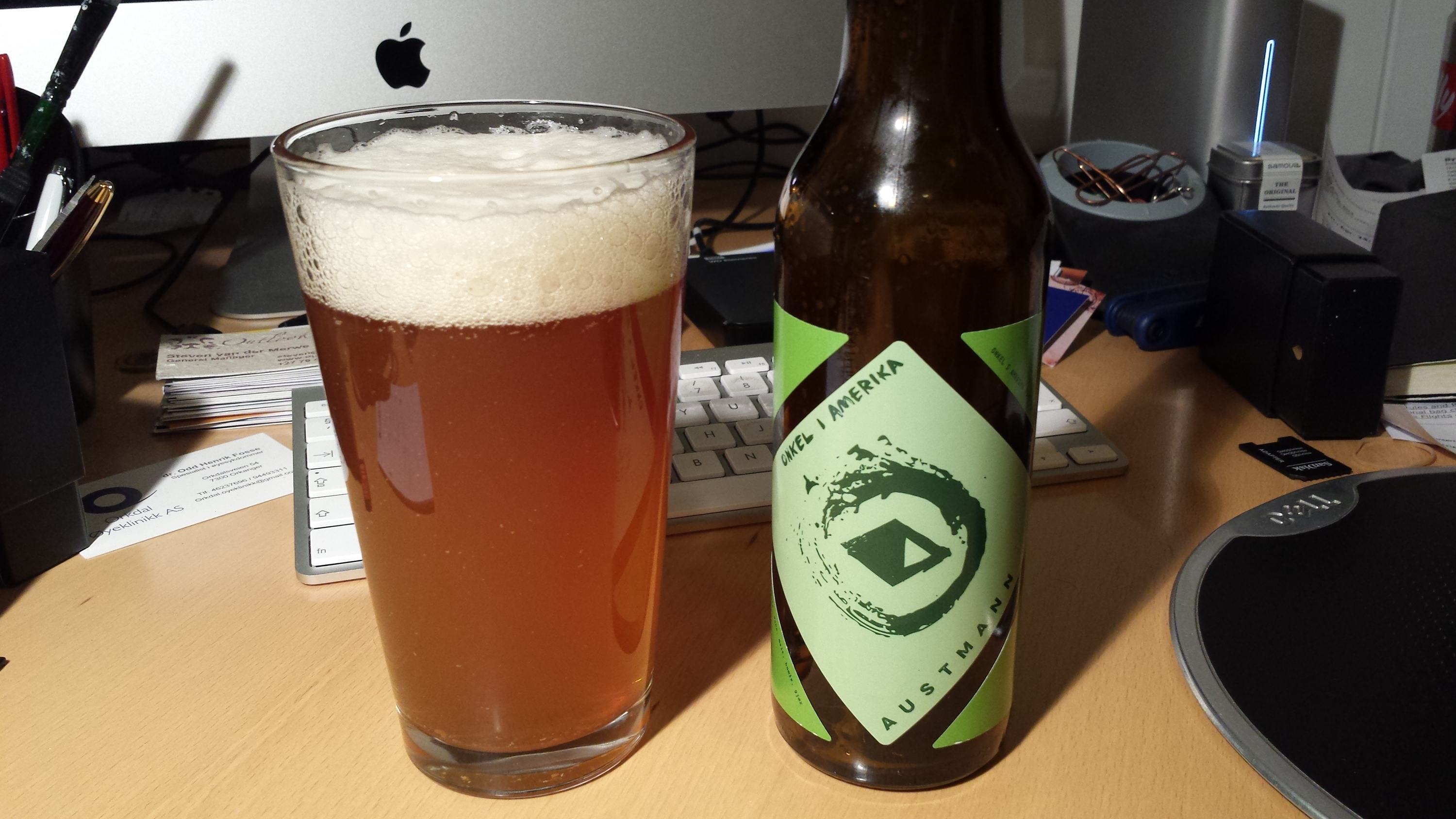 This particular Wednesday began with a two-hour search online for possible routings to South Africa for a trip I have planned in April.

I should add that I’m planning to redeem airline miles and want to try to fly in Business Class – hence the time needed.

Eventually I did find an extremely complex route so if nothing better opens up in the next day or two I’ll be flying back via Lagos..

The rest of the day I was occupied with my rather epic review of my award flight on Thai Airways A380 in First Class – ah, those were the days 🙂

You should already be familiar with this brewery as I’ve posted quite a few of their beers over the last few weeks. They are a local company based here in Trondheim, Norway producing some superb tipples. They were almost overwhelmed with the domestic demand but have increased their output considerably in recent months which means you may have luck finding them elsewhere. Definitely worth searching for, Onkel i America is a very smooth IPA and like all Austmann beers is brewed in the traditional manner in open fermentation tanks.