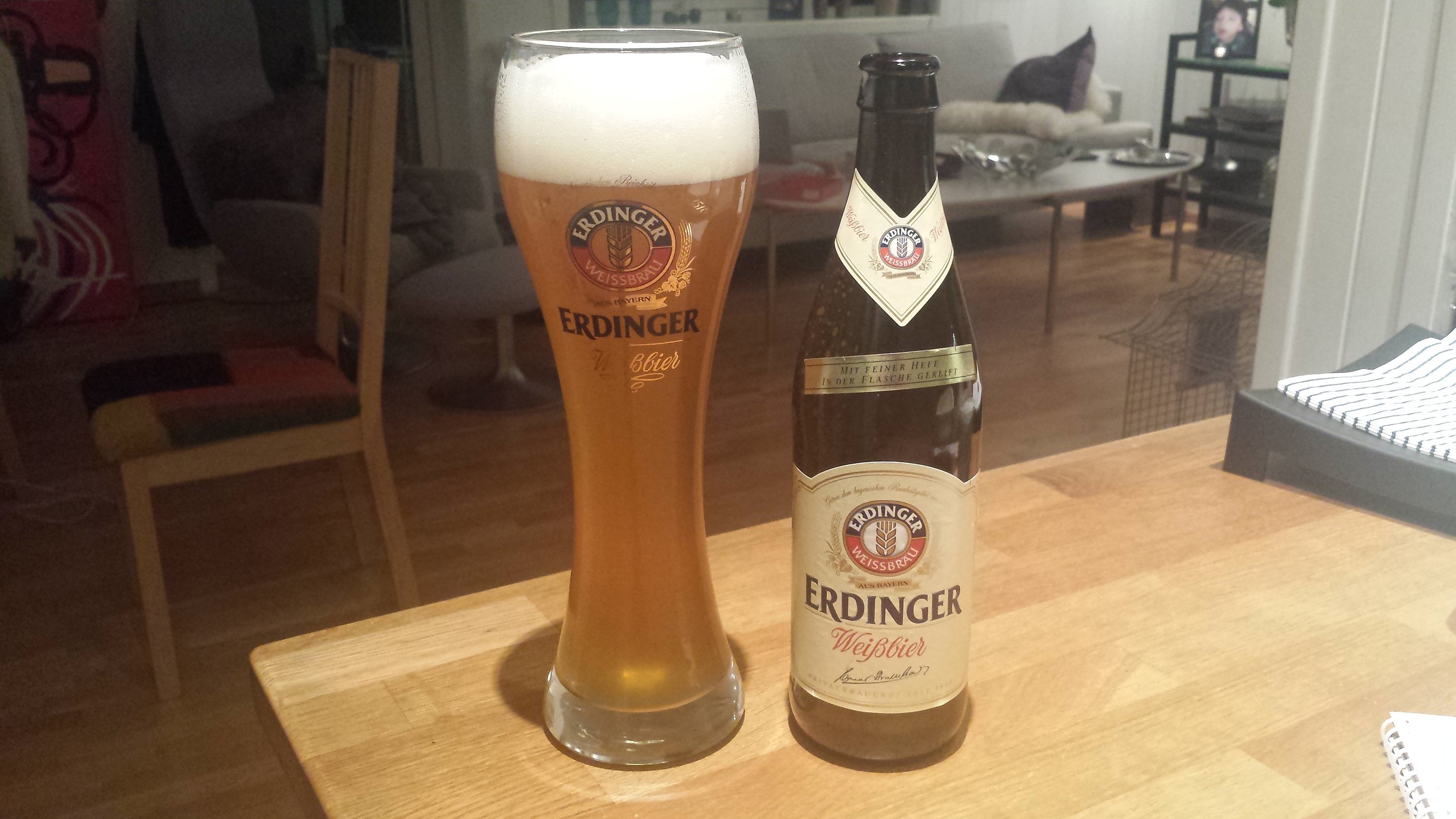 Another morning spent organising travel, with a record 90 minutes on the phone to United’s call centre in the USA…

In the end I secured an award redemption with a slightly better route than I had expected.

The return leg is in Economy though, so I have to hope that a Business Class seat opens up before April.

Yes, I know, if not I can cope with coach…

This one’s an old friend and a very familiar weissbier; but no worse for that. One of the brands that got me addicted to weiss in the first place; initially I was more of a fan of kristall but now I’m a hefe man. I also enjoy a dunkel now and again – Erdinger don’t make bad weiss, not matter what the style. And as a bonus, I finally get to drink the beer that matches the glass I have, too…Prost!