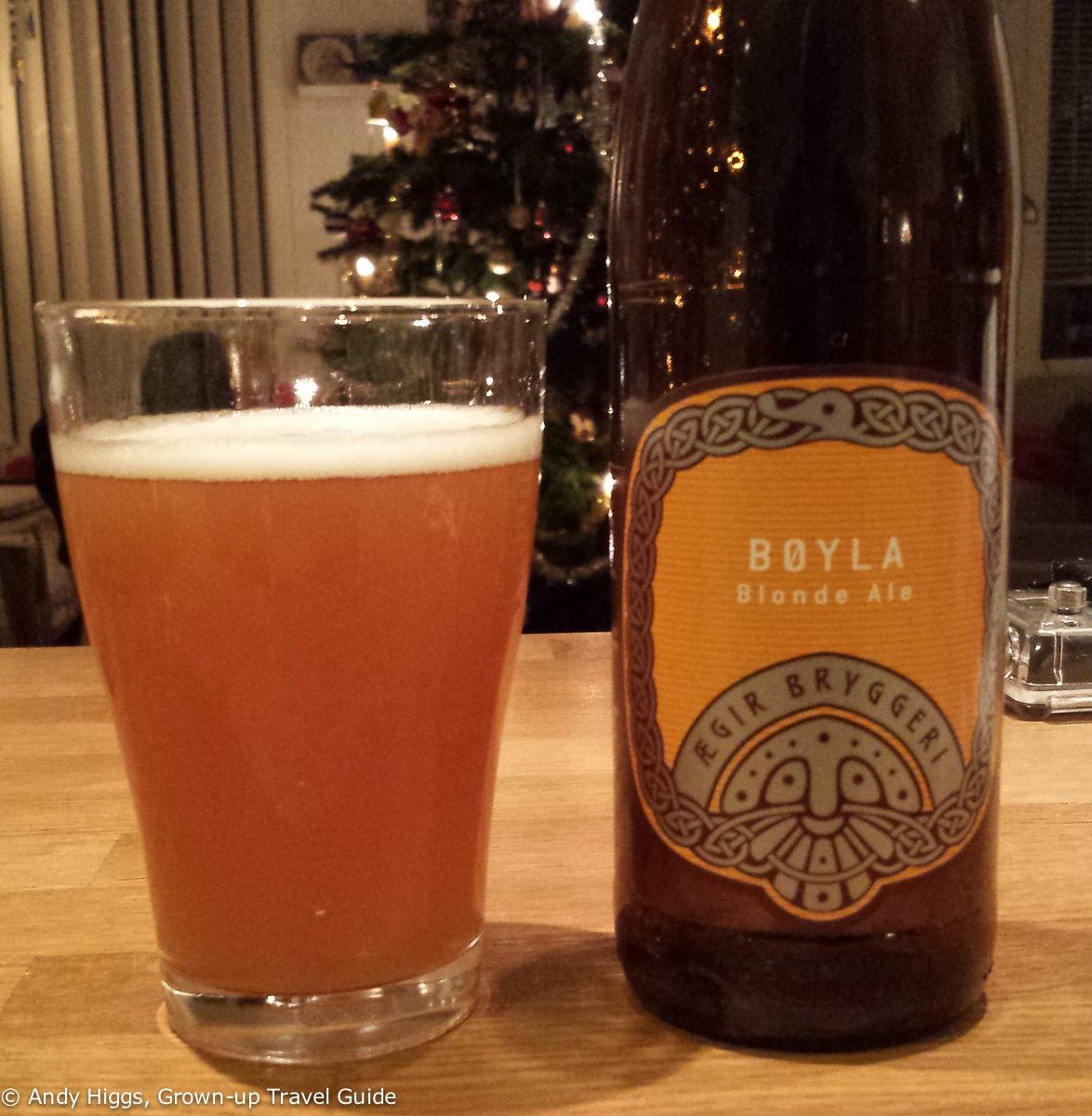 Woke to another 10cm of new snow and this time we decided to make the most of it rather than just shift it.

Headed off to our nearest ski centre, Vassfjellet, after breakfast.

It barely stopped snowing the whole time we were there, but otherwise conditions were perfect.

Until there was a power cut over the whole area – and after hearing that it would last at least an hour we gave up and made for home.

I love this microbrewery for its range of beers, stylish design and the little details. If you’re wondering, Ægir was the beer brewmaster to the gods in Norse mythology and most of their beers have names inspired by ancient times. Not sure about this one though, so if there are any Norse experts, do let us know 🙂