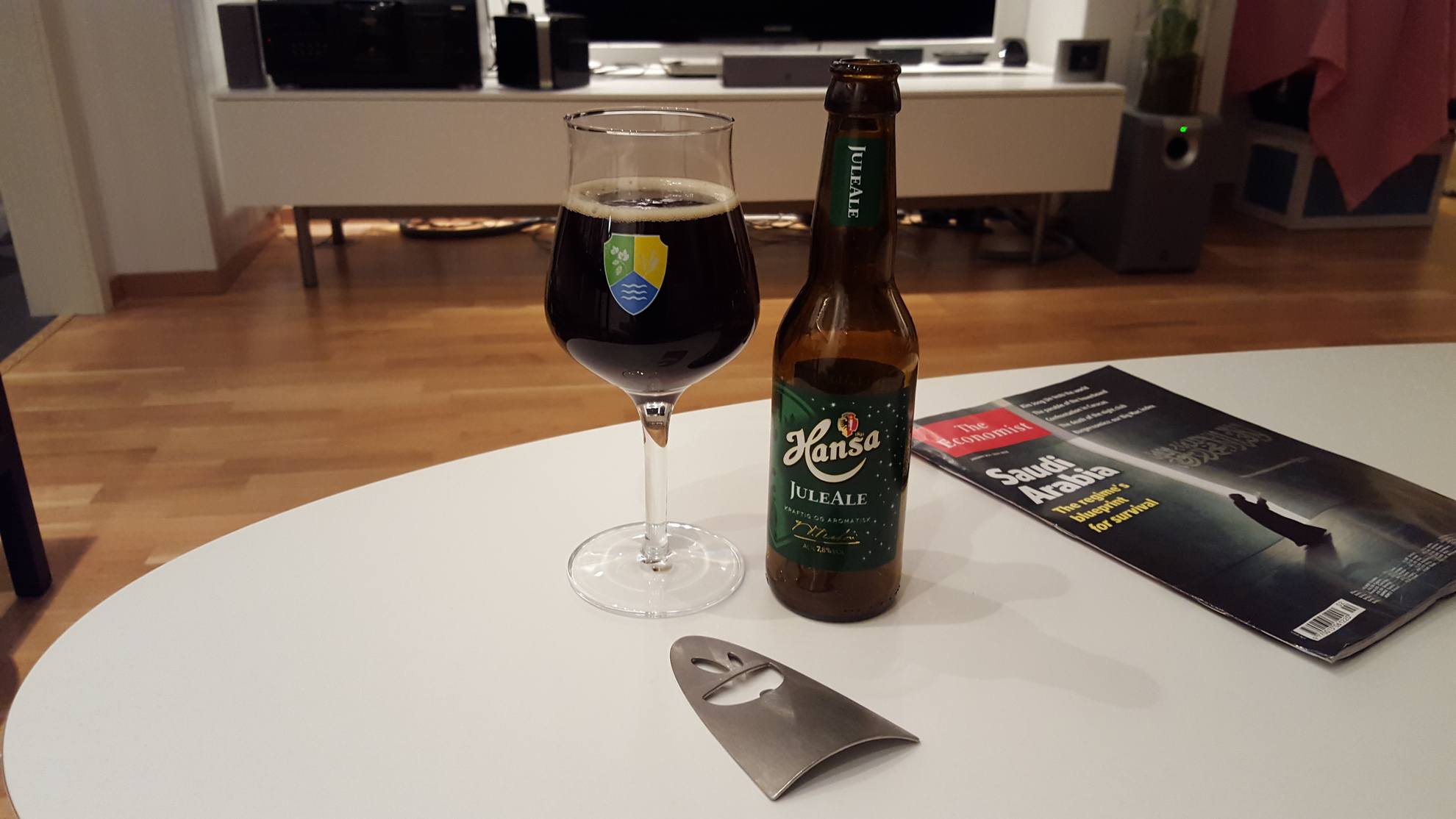 Bit of a lie-in then got stuck in.

We reorganised the house a bit today and moved furniture.

Massive snowfall so went out to clear some after dinner.

Took the opportunity to play in the stuff with Rebecca too.

The penultimate Christmas beer in my cellar, but I might buy more if I find them. A great beer from a big brewery for a change.