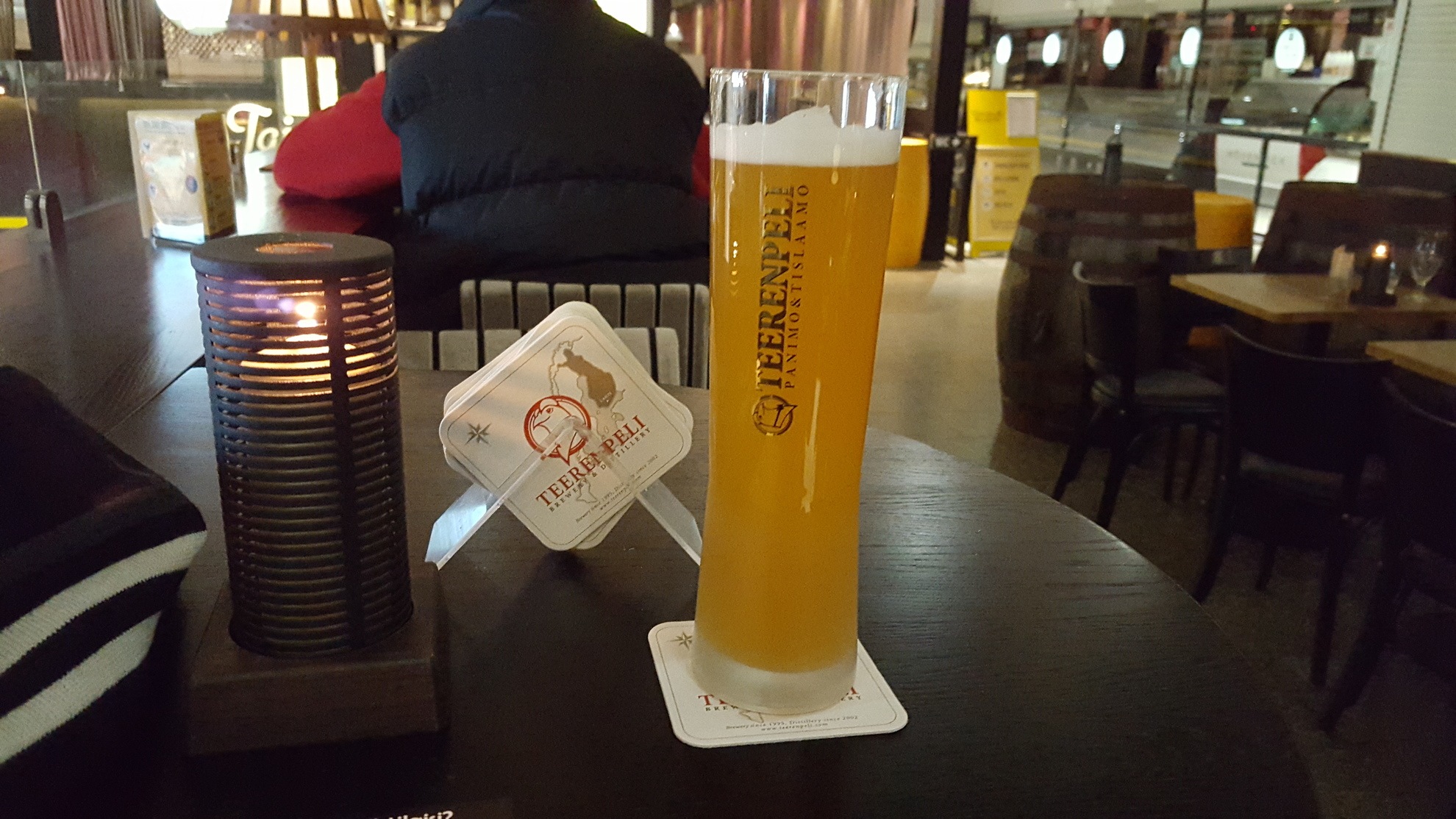 Back on the road for the first time in a while(ish).

Good to have a reasonable start time too.

Snow caused some delays but the journey to Helsinki went fine.

Checked in at my hotel then off for a get together.

Finland makes great wheat beer too – this is fresh and flavoursome.