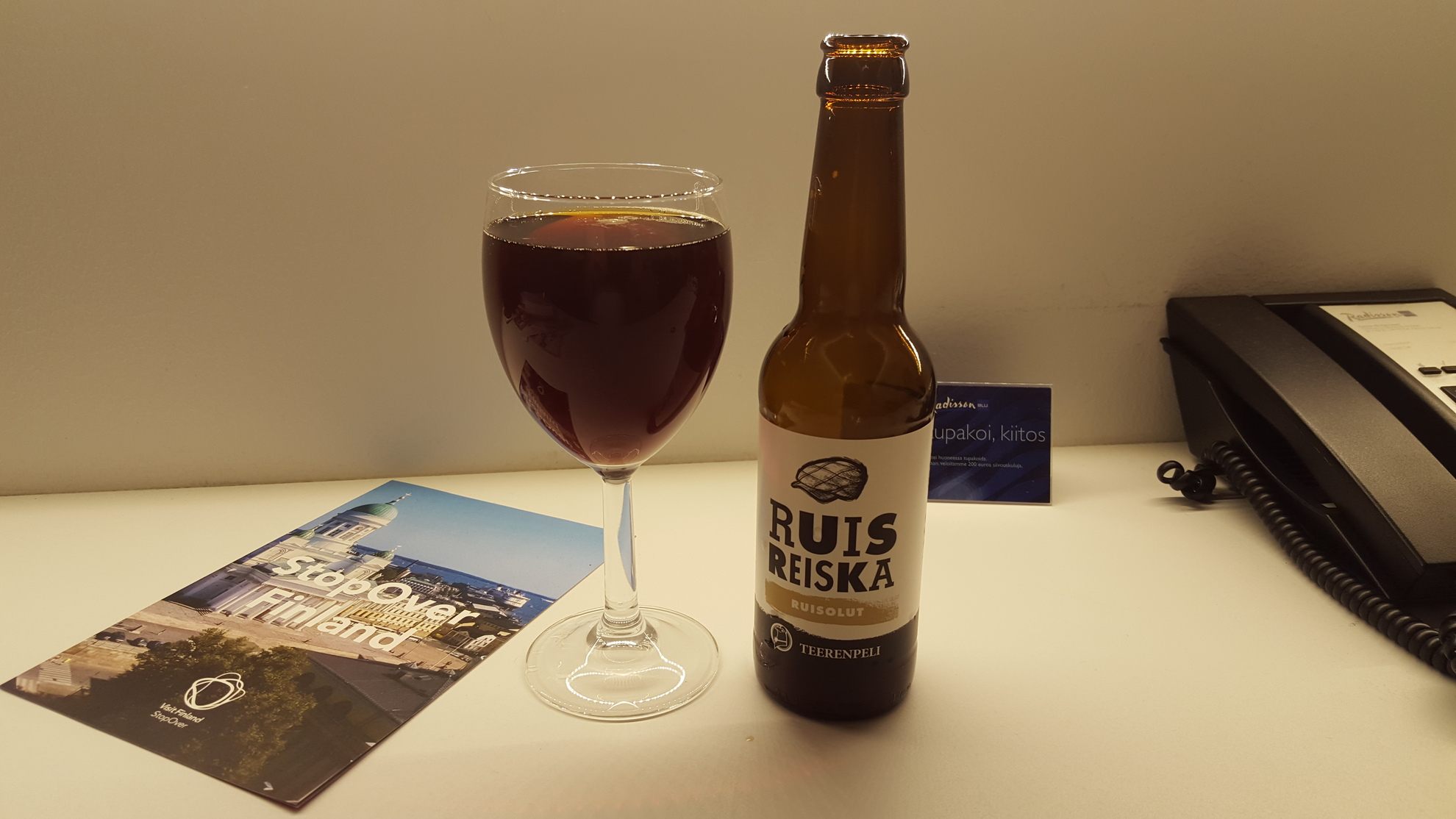 Started with some work at the hotel before heading to the trade fair site.

Lunch then some good presentations.

After some drinks it was time for the traditional NBE sauna night.

All good fun, then back to the hotel for a beer.

This was one of two gifts from Radisson Blu – another beer from the same brewery as yesterday. A nice rye ale.