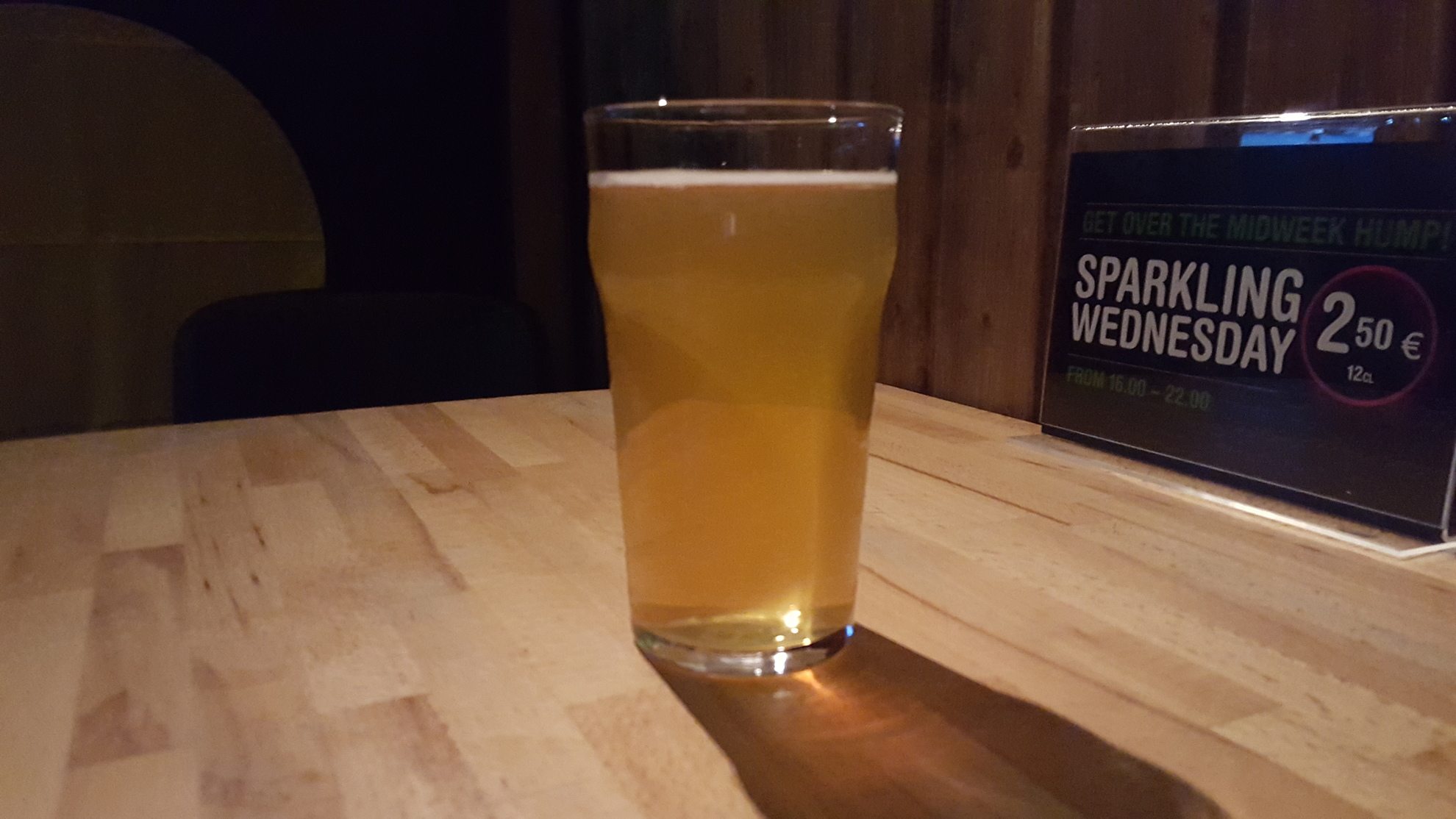 The NBE programme finished up today.

Breakfast meeting with the Nordic Travel Bloggers at the fair site.

Then it was time for the key note presentation.

Off to Espoo for a little skiing and dinner.

Popped into a bar on the way back.

Slightly disappointing weizen, a little too fizzy for my tastes.