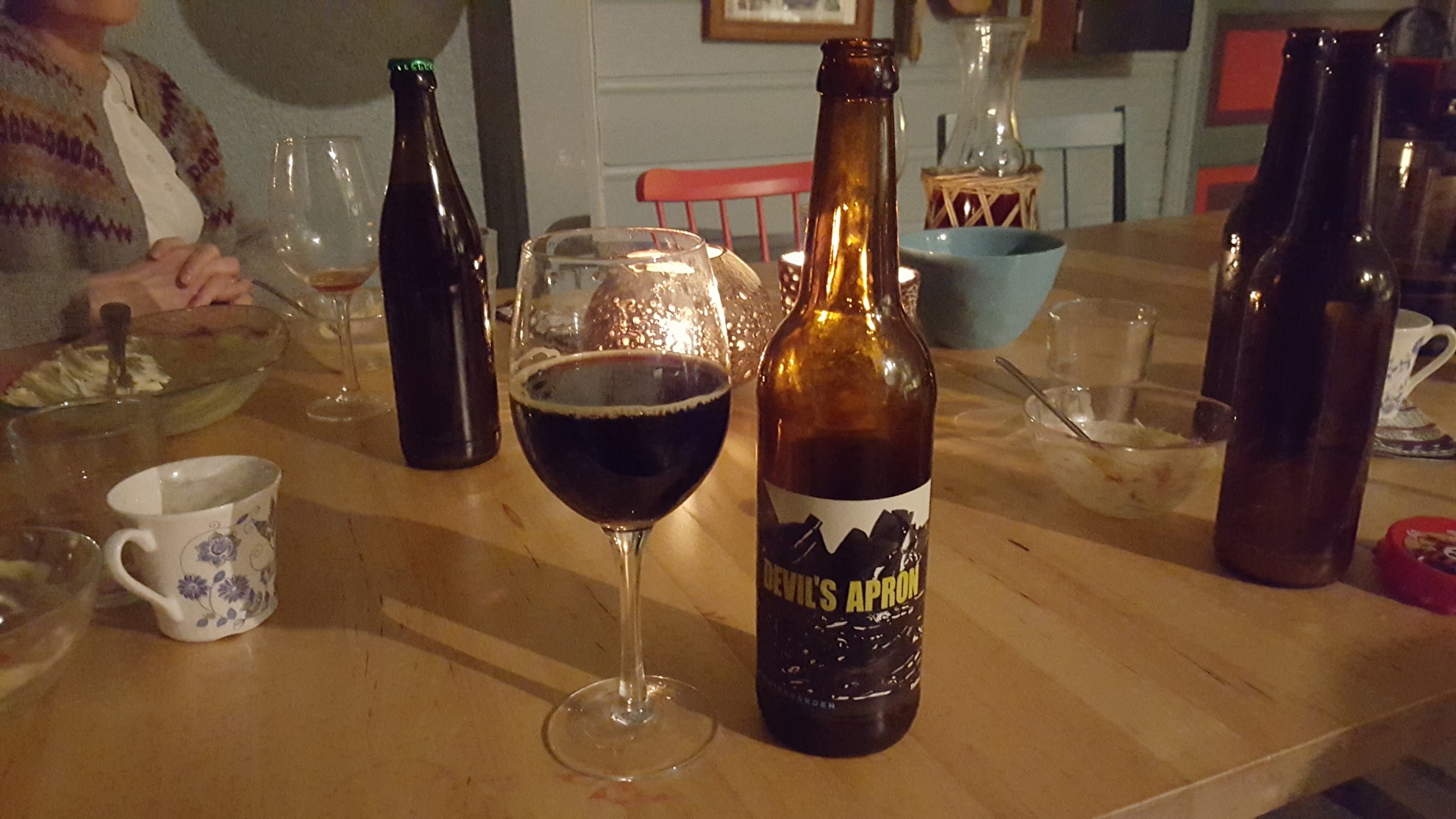 Had a bit of a lie in before breakfast.

Cleared up a bit then span at the gym.

Out to dinner chez Bodil and Bernt.

A great time was had by all, including homebrew tasting.

Black as night and tasty as hell. Flavoured with sea salt and other goodness, this is another instant classic.