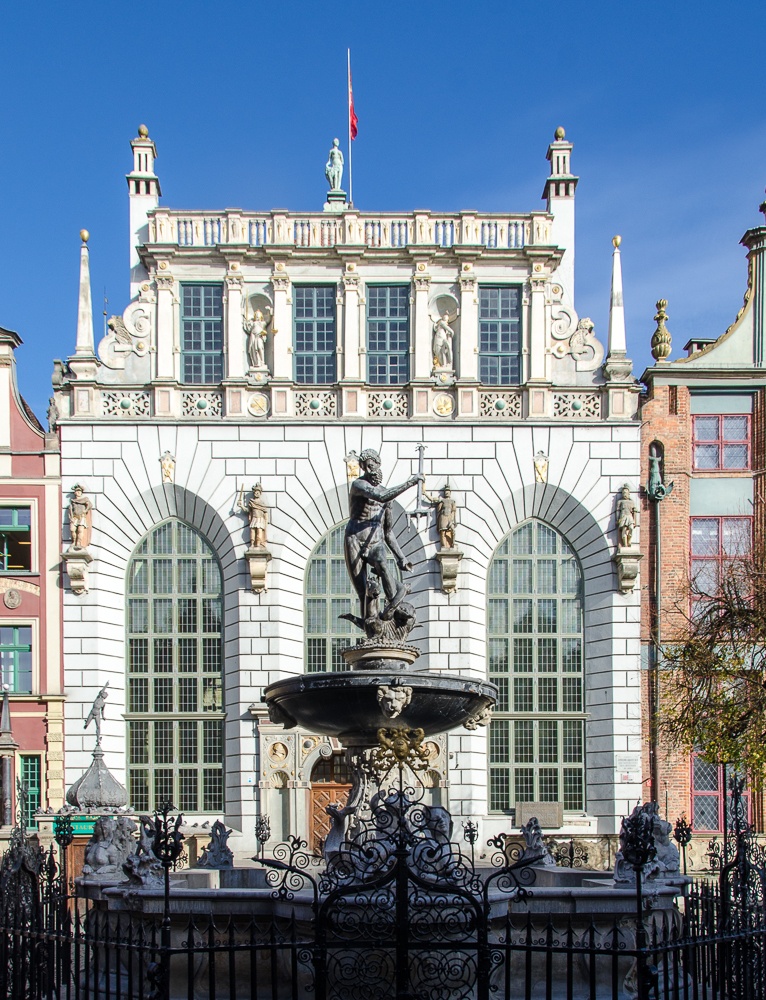 In the heart of the old town on Długi Targ (the Long Market) you’ll find this bronze statue of Neptune which dates from 1549. It was made into a fountain in 1633 and removed and hidden with much of the city’s other works of art during the Second World War – it was not returned until 1954. In 2011 it disappeared again, but this time for restoration and it now rules the square again, overlooked by the colourful buildings which used to house the wealthiest of the wealthy in Gdansk.