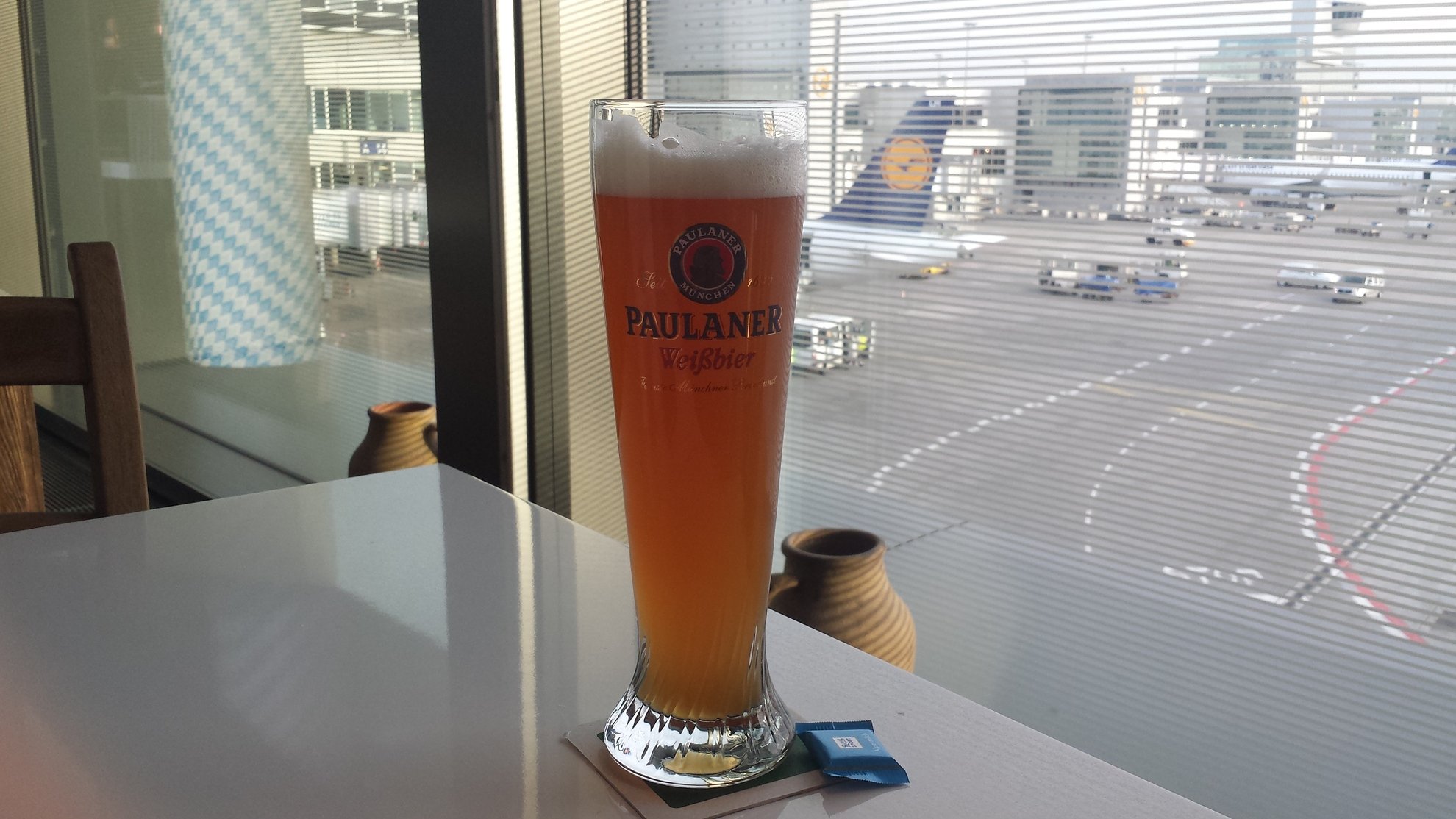 On the road again!

As I write this update I’m sitting in the Lufthansa Business Lounge at Frankfurt Airport with a couple of hours to kill before my flight to Johannesburg.

With free beer, food, showers and a rest area with near-horizontal seating that shouldn’t be much of an issue.

In fact to be honest I booked it this way when redeeming my miles – so I would have a few hours to chill here before a long flight.

Although I was tempted to use a self-pulled free weissbier in the lounge as my beer diary entry, I decided to pay for one round the corner instead…

There’s not really much I haven’t already said about this one, but this is the first draught version to make the beer diary. I like it even better on tap and this didn’t disappoint. When in Germany, and all that (however briefly)…