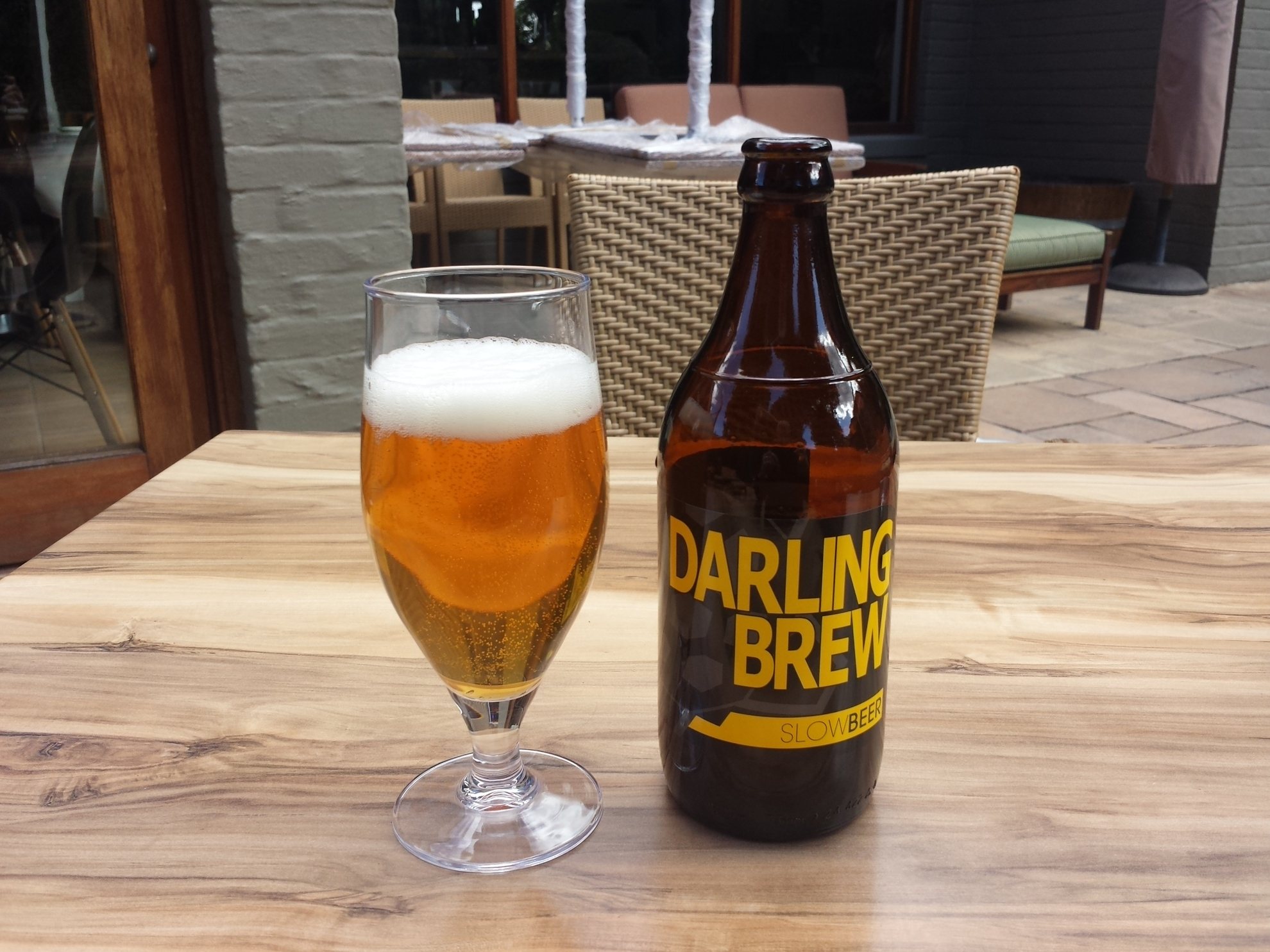 Woke up after sleeping just shy of six hours on the plane from Frankfurt.

I wouldn’t go as far as to say I felt refreshed but it was certainly one of the best night flights and Johannesburg came into sight as we finished breakfast.

Arrival went smoothly – I was a little worried as I couldn’t find Dennis but we were reunited at the special baggage section.

Met the driver from the Peech Hotel and arrived at this beautiful property in a very nice area of the city.

Recommended by one of my hosts here at the hotel bistro, this is apparently a much called-for beer among guests in the know. From one of South Africa’s thriving microbreweries, Slow Beer is the perfect way to cool down on a warm day here in Johannesburg.