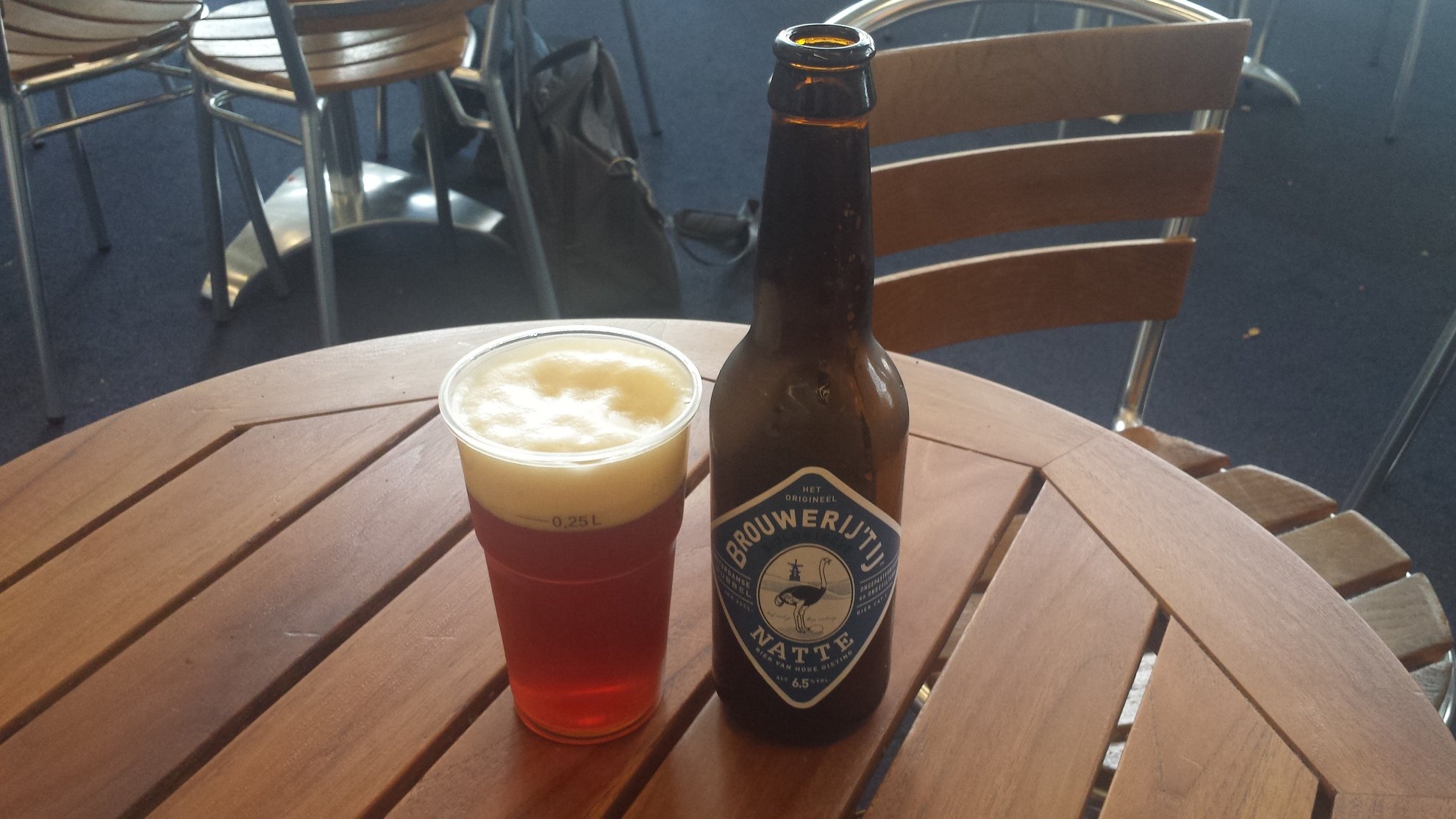 A long day of travel today, with more than half of it spent up in the air.

After breakfast at the hotel I took the shuttle bus to the airport.

KLM were on time and half empty, so I had plenty of space on the long haul to Amsterdam.

Again I had over five hours to kill at Schiphol so used two lounges and a bar to do so.

Back home just after midnight to collapse into bed.

Apart from a (very good) Irish pub I find the lack of decent bars at Schiphol airport a bit of a mystery. Sure, you can buy Heineken everywhere but not much else. Happily I discovered that a snack bar had a couple of local craft beers on its shelves, including this very rich brew. A promising start for my experience of Dutch microbreweries.