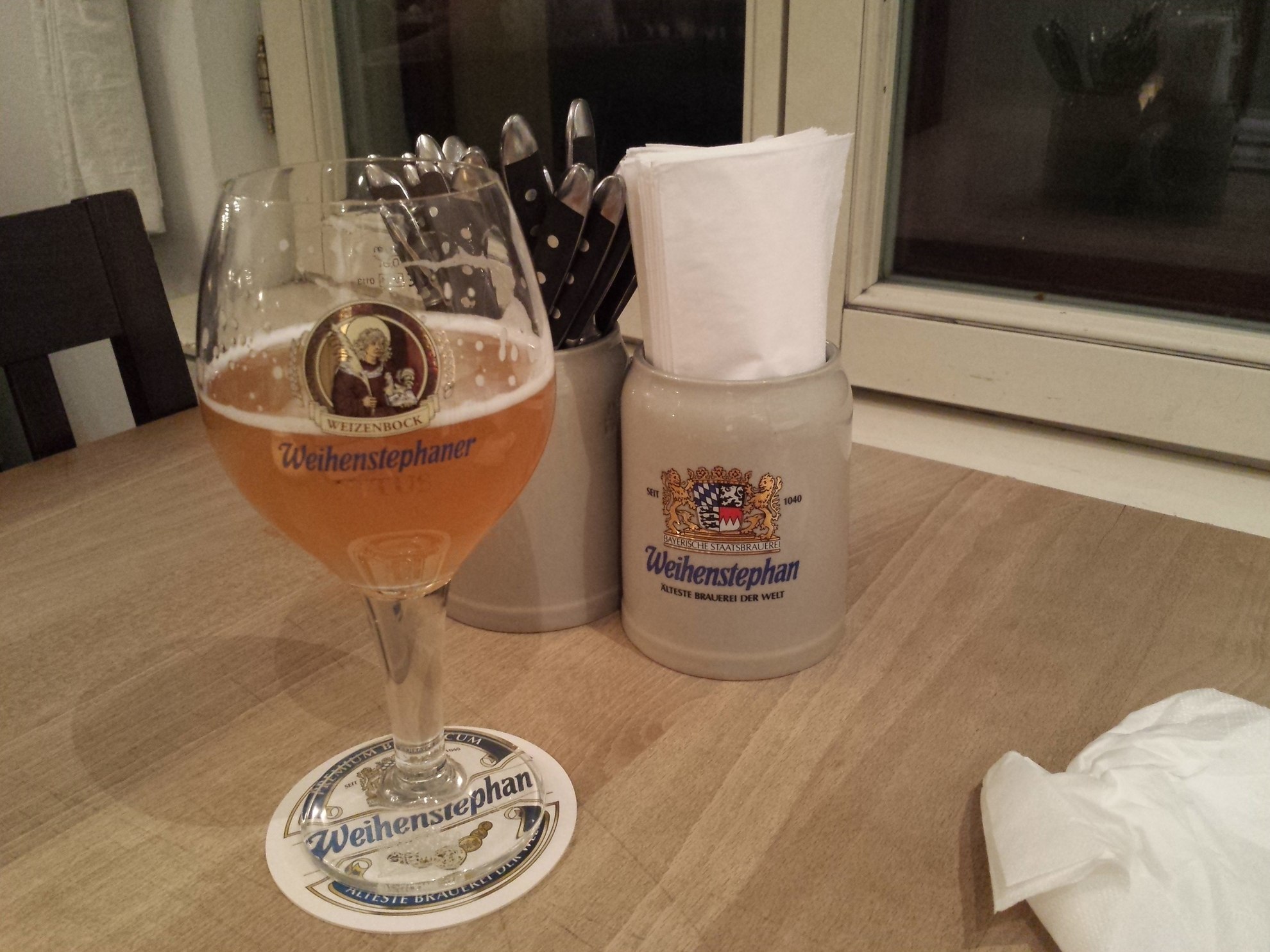 And we’re off – to Berlin again.

Up way too early for a Sunday to drive to the airport.

All went well despite the strong winds in Trondheim and masses of snow in Oslo.

Arrived at my hotel for the first two nights and then headed off to Ali Baba for dinner – as usual.

Well, we needed something special for the 60th day, and boy did we get it. This was a superb, fresh and tasty brew whose smoothness belies its high alcohol content. The next best thing to visiting Bavaria must be this branch of the oldest brewery in the world in the German capital. Wow.