Straight into the craziness of the world’s biggest travel trade fair – ITB Berlin – after breakfast and a bus ride.

Very productive despite the epic scale of the show.

Arriving back at the hotel exhausted I freshened up and dined at a fabulous Spanish restaurant. 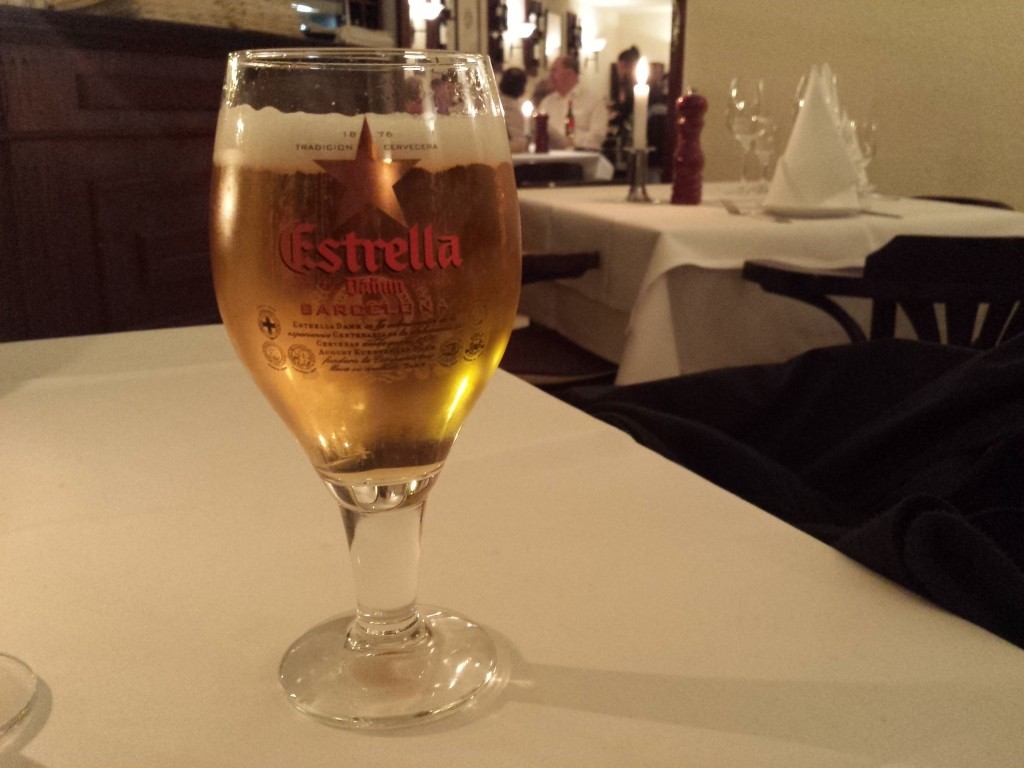 When in Rome…or in this case, when in a Spanish restaurant – what could be more natural that Spanish beer? Having Estrella Damm on draught and in such a beautiful glass were bonuses but the real surprise was just how good this was. I feel a little research on Spanish beer coming up during our summer trip…