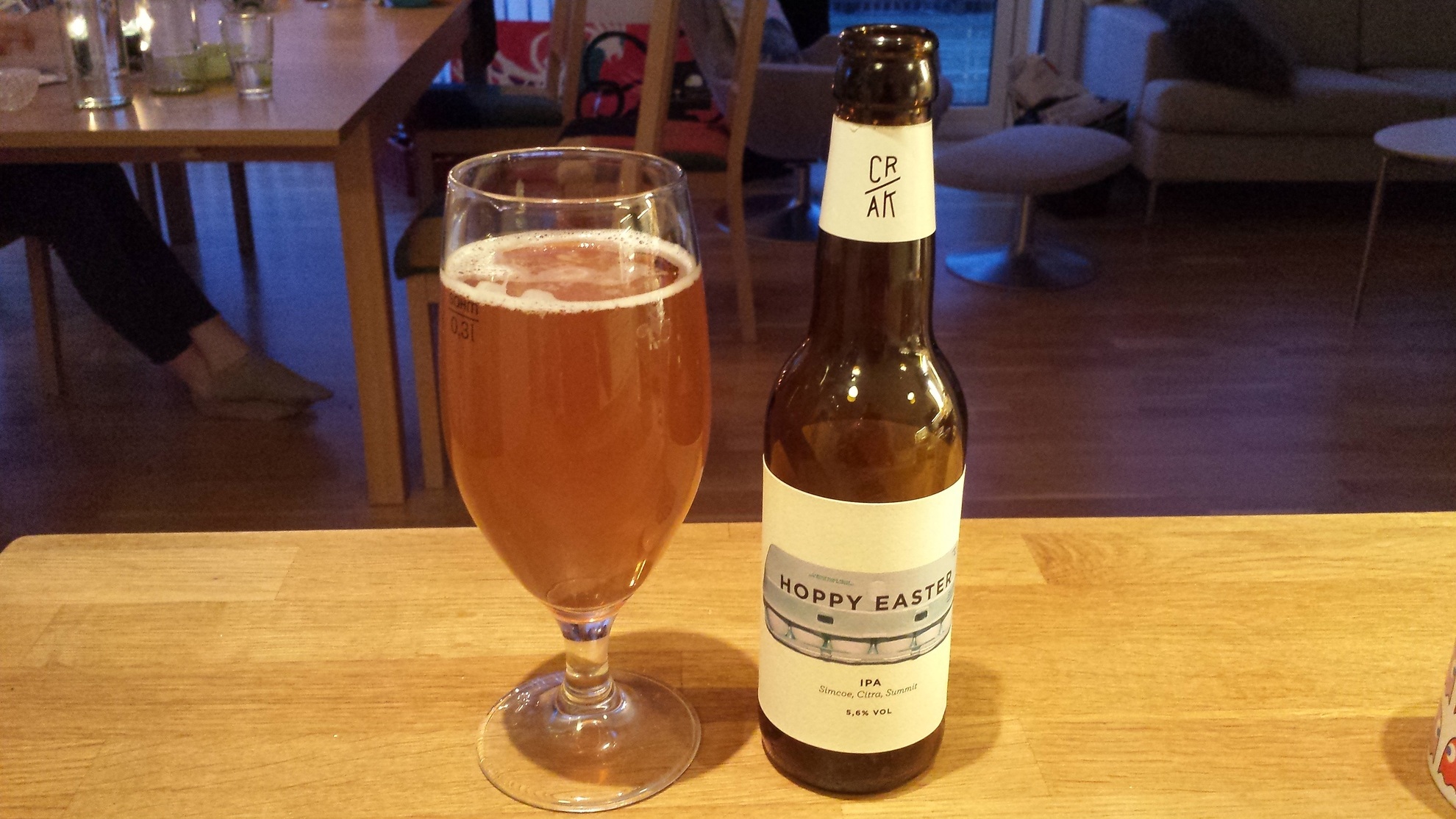 Given the already rather late time we finally called it a night in the small hours, I woke up too early.

The fact that we had to put the clocks forward an hour just exacerbated the issue.

But never mind – a lazy breakfast and a little work later and we were already half way through this particular Sunday.

Now that’s a great way to wind up the weekend.

Yeah, I know, it’s a godawful pun. But then the worst puns are often the best, right? As we have a mass of Christmas beers it was only inevitable that somebody would see the opening for Easter beer too. This is a great IPA, nothing revolutionary but smooth and the extra alcohol is a welcome boost.