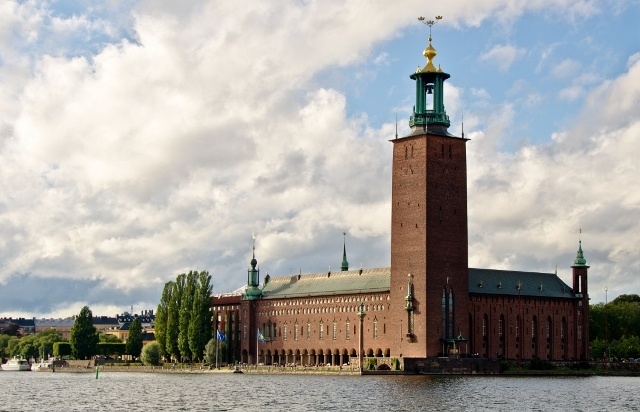 City Hall in Stockholm has a 106 metre high tower with great views (open summer only). Despite its appearance, Stadshuset is quite modern – it opened in 1923 – but it was based on the city hall of Siena in Italy which resulted in the Renaissance look. Atop the tower you can see three gold crowns (Tre Kroner) – Sweden’s national coat of arms.