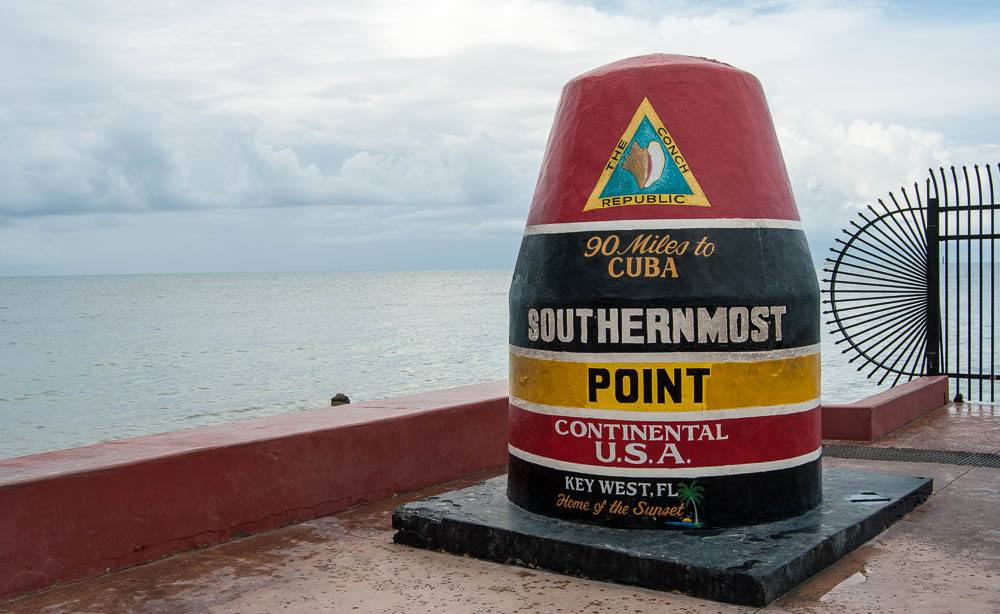 Supposedly marking the most southerly point in the Continental USA, this concrete buoy is a more permanent marker than the sign that preceded it – which was often stolen. It’s not really the southernmost point, but it is the southernmost publicly-accessible point – the Naval Base next door beats it, but don’t try going in there. The same applies to Ballast Key which is a private island further south (but part of Florida). Oh and it’s 94 miles to Cuba. Makes for a nice photo souvenir though