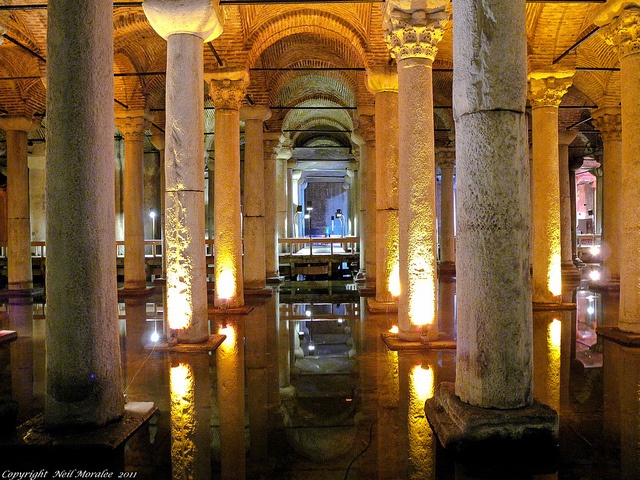 Continuing our mission to inspire and inform Grown-up Travellers we present the latest in our series of articles containing ideas for alternative things to do and see in well-known destinations.…

Continue ReadingBeen there, haven’t done that – 5 things you shouldn’t miss in Istanbul 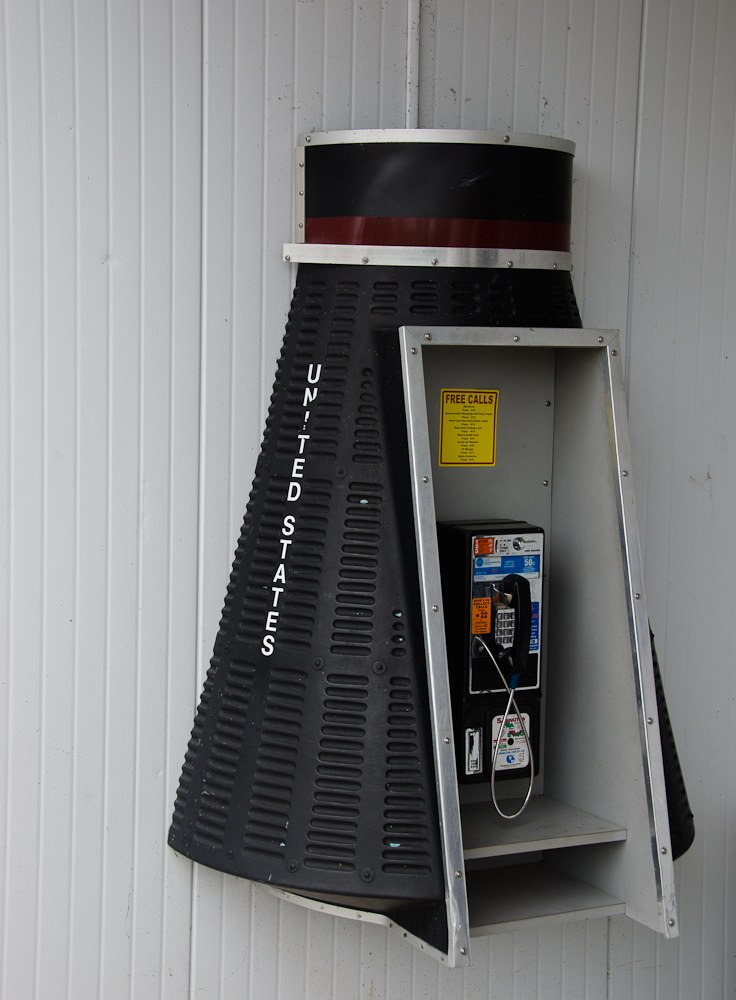 Naturally even the phone box has a space theme... 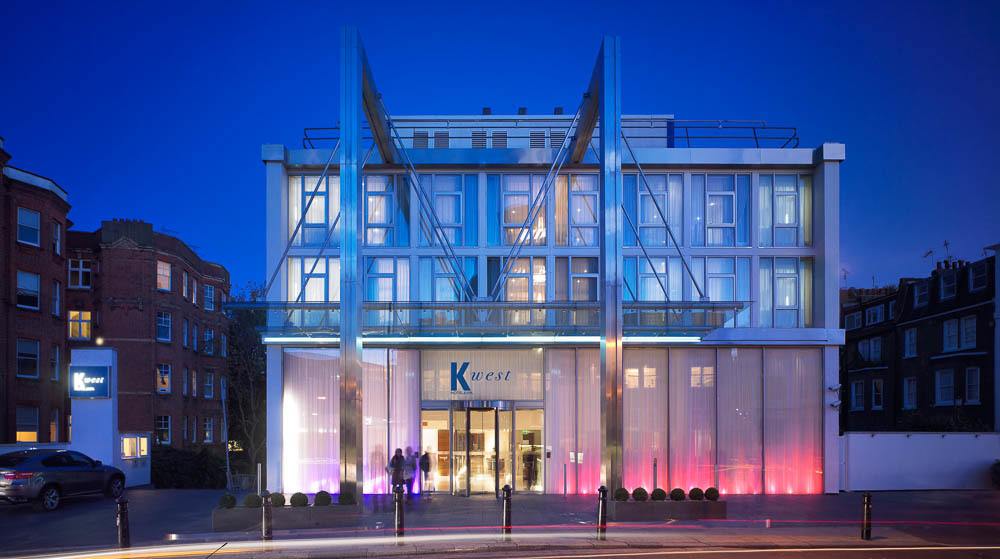 London. We just can’t get enough of the place. But with well over a thousand hotels to choose from you’re probably going to need some help narrowing down your choices…

True. The old ‘throw the dart at the map on the wall’ method hasn’t worked so well for me recently.

No…the thing to do is to decide on a few main criteria such as standard, location and facilities and then get looking. Or read reviews on sites like this…

Hah! Nice plug. So what if I want me some luxury, I want to be staying in easy reach of the city and I want to see what all the fuss is about with these spa things?

Wow, that’s uncanny – you’d almost think this conversation was all in my mind. These were my goals when booking an Easter break for the family in London. I ended up with quite a long list of potential places to try (all of which offered me a reduced media rate in return for an honest review) but decided on this one:

The hotel is located in a very trendy part of West London, not far from Holland Park. The Shepherd’s Bush area has undergone a huge transformation in recent years with the addition of the superb Westfield Shopping Centre which is within walking distance. For more traditional sightseeing the big three Kensington museums are within a couple of miles (the Science Museum, Natural History Museum and the Victoria & Albert Museum) as are Harrods and Hyde Park. With the Shepherd’s Bush Central Line tube station just a few blocks away you can reach the rest of the city very easily yet benefit from the peace and quiet of being out of the West End. There are other overground/underground stations within walking distance and plenty of buses pass close by. It’s only eight miles to Heathrow Airport too.

London is never easy on drivers, but if you do make it this far you can let the hotel take car of your wheels. K West offers full valet parking for £1.50 per hour (subject to a minimum charge of £5.00; overnight parking £25.00.) They’ll wash the car for you for an extra charge too.

As previously mentioned I was offered a media rate at several London hotels for this particular short break with my wife and daughter but wanted to try something different. I’ve stayed in plenty of chain hotels but also a number of ‘design’ and ’boutique’ places too. Having read some very favourable reviews of K West it seemed an appealing prospect – and it was about time to try a real spa experience too. Given that K West was awarded the top rating of “5 Bubbles” in the 2013 Good Spa Guide, UK it seemed I would be in safe hands…

The problem with a lot of ‘design’ hotels is that they appear to have focused on design rather than practicality; we were keen to see if K West had managed to avoid this problem. The location also intrigued me; I wanted to stay in an area of my former home town that I was not already familiar with and with the easy access to the museums we would have plenty to keep us all occupied. All in all the brief for this stay was a little luxury for the whole family – a splurge, if you will. My review is based on the rates available to the public despite my paying less for the room on this occasion.

Four types of room – Junior Double, Superior, Deluxe and Executive and two types of suite – Embassy and K Suite. We stayed in an Executive room with two single beds; the room was large and well planned with plenty of space and a proper desk to work at as well as an additional sofa bed. Instead of being colourful and overly ‘hip’ it was more subtle and subdued – which I liked. ‘Sophisticated elegance’ is more the style here. 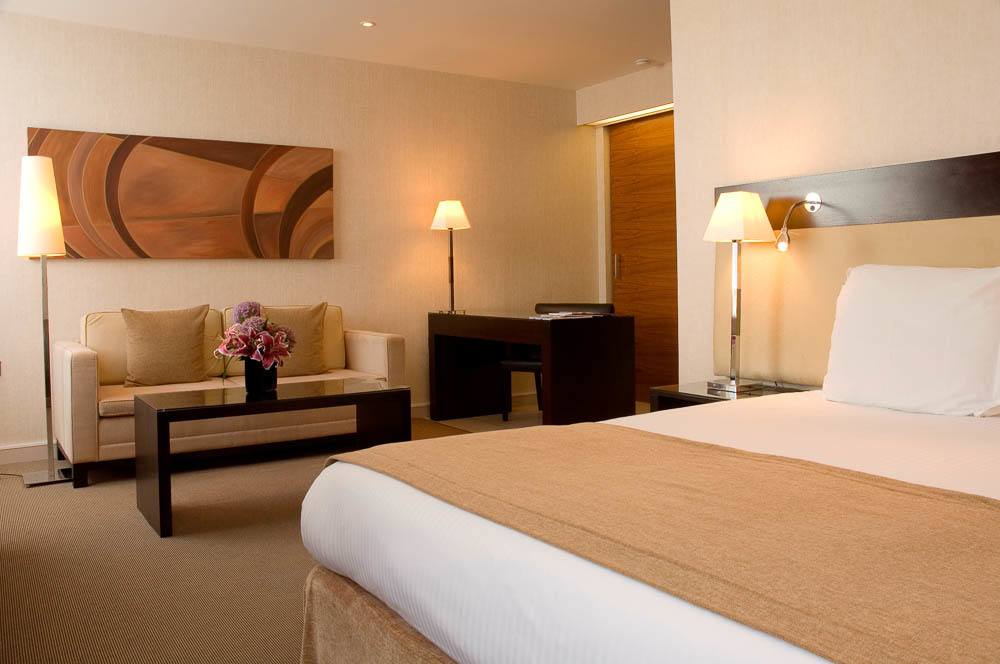 Yes and no. The hall area including the desk space was tiled, but the main area of the room was carpeted. As mentioned ad nauseum in our hotel reviews we think the time has come to chuck out the carpets – wooden floors are the way forward, especially for guests with allergies. Fingers crossed…the carpet was clean though (which it really has to be).

Modern but small bathroom with underfloor heating and spa quality toiletries. Our room had a bath with shower and there wasn’t a great deal of space otherwise. It was good to have the bathroom round the corner from the sleeping area so that early risers don’t have to disturb late ones.

No, and this was the only real let-down. It’s time to drop charges for internet, hotel-owners! No room for discussion here; even if it still is common practice to charge in London somebody should lead the way. The public areas, K Lounge, Kanteen and K Library do offer free internet access, plus there are three computers with free internet located in K Library. But it should still be free in the guest rooms…

END_OF_DOCUMENT_TOKEN_TO_BE_REPLACED 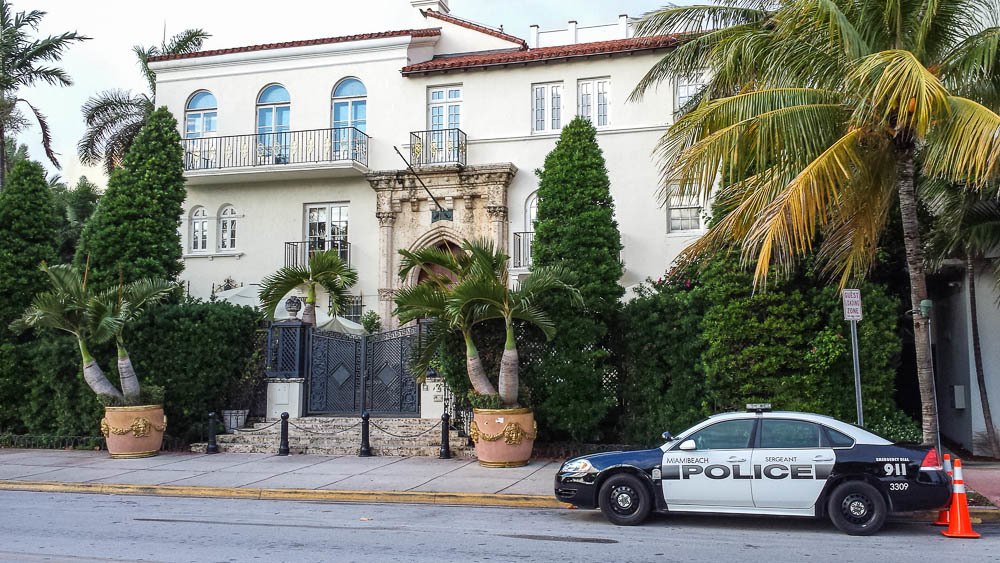 The former residence of Italian fashion designer Gianni Versace who was killed on the steps outside in 1997. Now on the market for just $75 million, down from $125 million... 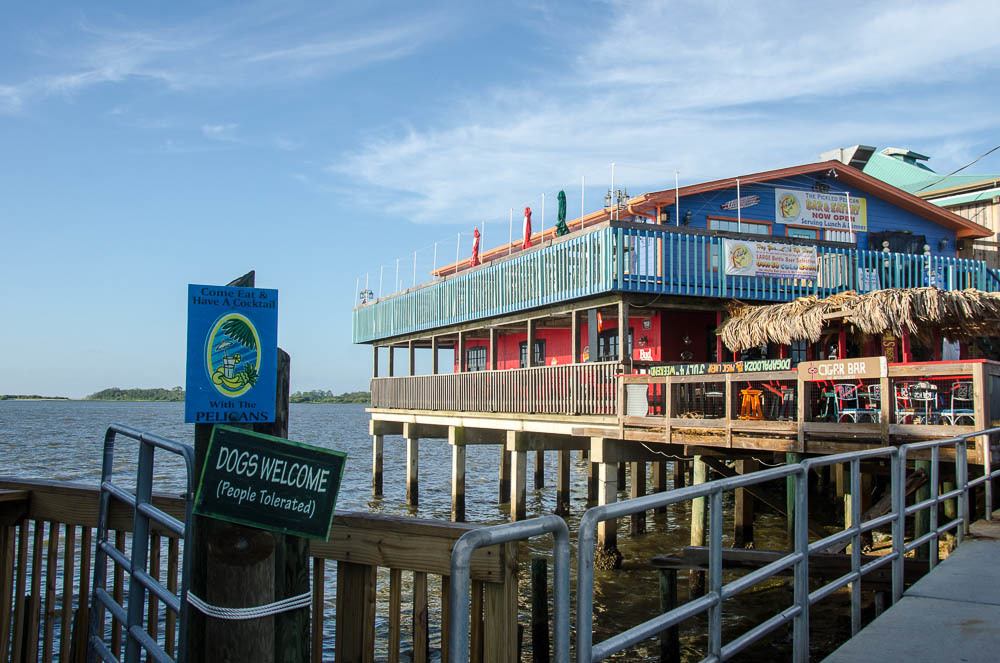 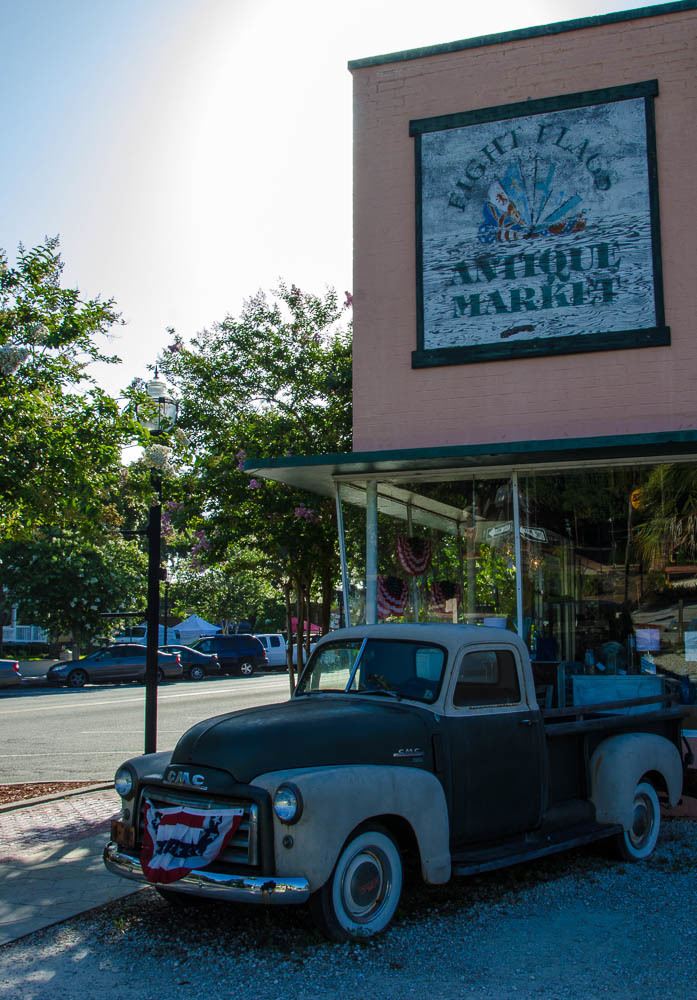 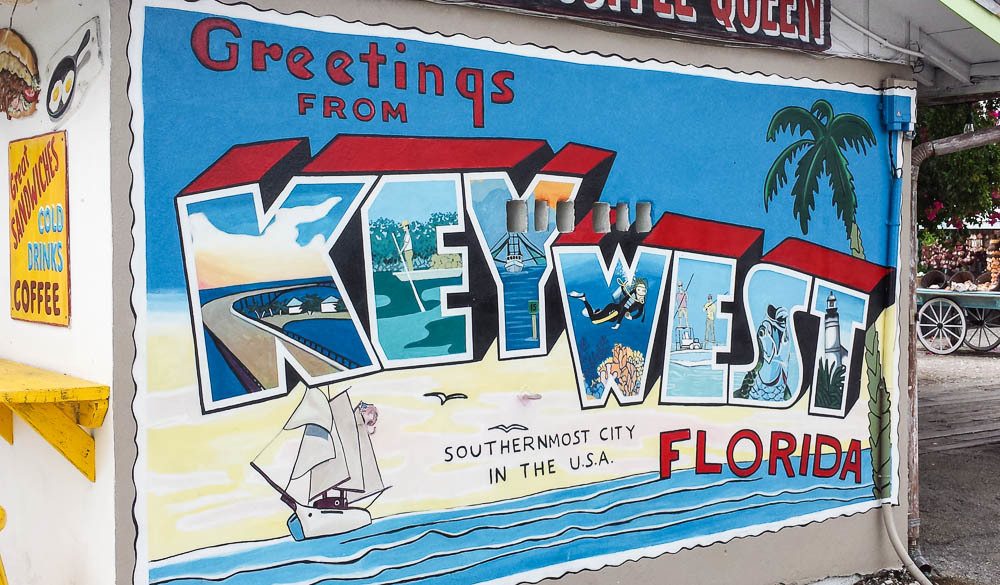 Fab painting - and fab cafe con leche and breakfast to go too... 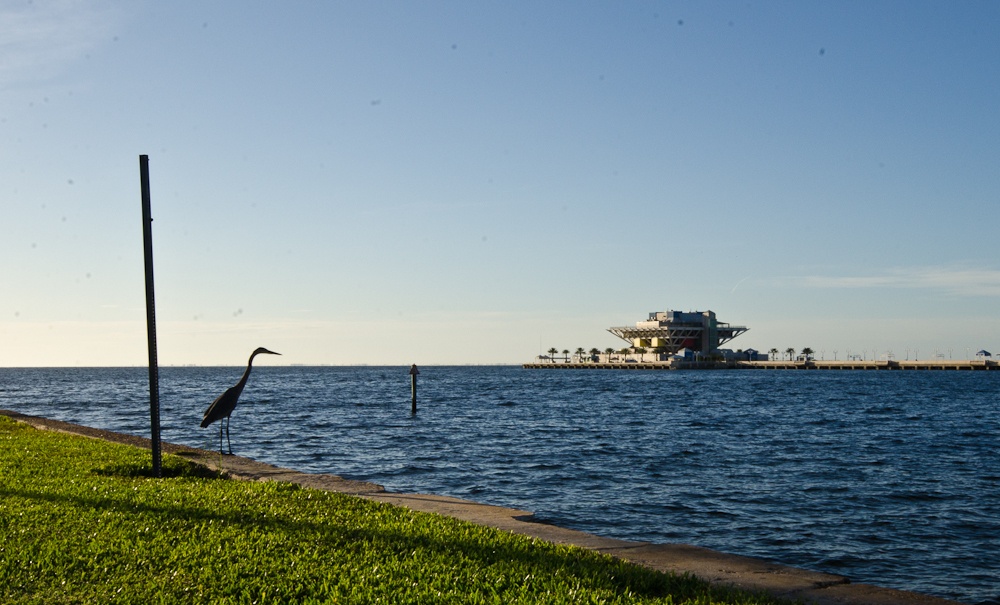 Good morning from my feathered Florida friend! The pier in the background is now closed (although you can still walk around the rather unique inverted pyramid building) and will be…