I’ll be the first to admit that I have a lot to see in Norway. After 14 years I still haven’t been further north than Namsskogan and have yet to visit Bergen or Stavanger.

Guilty as charged. But I’m working on it. However it’s not just about places; there are major cultural events that take place each year that should be on everyone’s list if visiting the country at the right time.

Indeed. Last year I even managed to catch a Christmas market here in Trondheim. But one event that I have always wanted to catch is the musical drama known as “Spelet om Heilag Olav” which is officially translated as “The Saint Olav Drama” and takes place in July each year in Stiklestad.

Which is what, an hour and a half from where you live?

Look, don’t stick the sword in, okay? We’re usually on holiday abroad when it takes place. But the combination of a daughter in the middle of a major Viking phase and an early summer trip to Italy resulted in my finally being able to see what the fuss is all about – and why nearly 50,000 people come from far and wide to watch the drama unfold.

The battle of Stiklestad in 1030 is the most famous battle in the history of Norway. King Olav Haraldsson (who was both a Viking king and a Christian) was killed during the battle against local chieftains and was later declared Saint Olav. This particular battle is thus seen as the point at which the country of Norway was established with Christianity as its religion. These days Stiklestad is a popular tourist destination all year round for its cultural museum and church dating from 1180. There is also a folk museum and Catholic chapel at the site, but the biggest draw is the Saint Olav Drama, which takes place at the end of July each year in the amphitheatre at Stiklestad – which is incidentally the oldest and biggest in Scandinavia. After the first performance over 50 years ago a tradition was created and the spark was lit for other drama productions around the country. The Saint Olav Drama was the first and is still regarded as the most impressive – and the mix of historical drama, stirring music and superb set-pieces (especially those in which horses have a major role) makes for a spellbinding evening. When Death gallops through the arena at an incredible pace (below) or the King arrives with his army and the seating area fills with soldiers the atmosphere is particularly electric.

While the basic story and music remain the same every year, each director puts their own spin on the story. The current 2012 production moved away from having the dialogue only in Nynorsk (Norway’s other official language) to make more use of local dialects and Bokmål. I for one was pleased as I could understand more of the plot and if it reverts to Nynorsk next year I’ll still be able to follow events. This year’s production had a more Christian focus with King Olav clearly having miraculous powers; this was only hinted at previously. 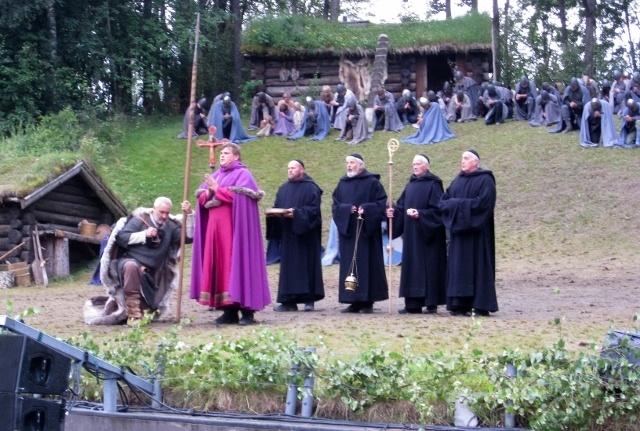 But no matter how the drama is interpreted it makes for a fantastic experience for young and old and we were mesmerised from start to finish. Indeed we will be returning next year – perhaps we’ll even make it an annual tradition. As well as the drama, the Saint Olav Festival at Stiklestad includes lectures, plays, concerts and activities – and best of all there’s a medieval fair with traditional foods, handicrafts and activities. Try your hand at archery like our daughter here, resplendent in her very own Viking dress (hand-made by her best friend’s Mum – great work Bodil!) and using her own equipment. 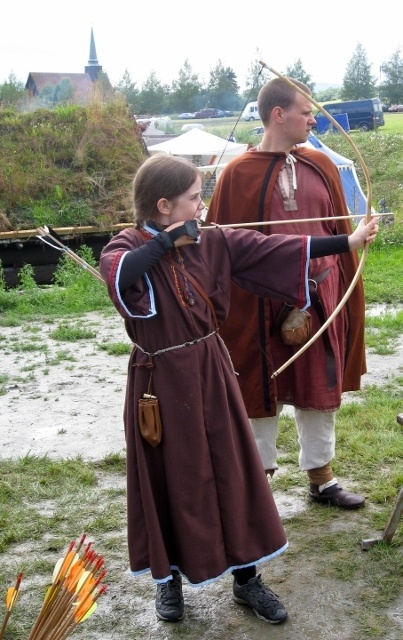 The market is open during the day and also after the performance; we returned to have a quick go at axe-throwing and buy some Viking-style jewellery before visiting the food tent for some tasty refreshments. All in all it was a unique and unforgettable experience – anyone visiting Norway in the summer really should make the effort to get a ticket. 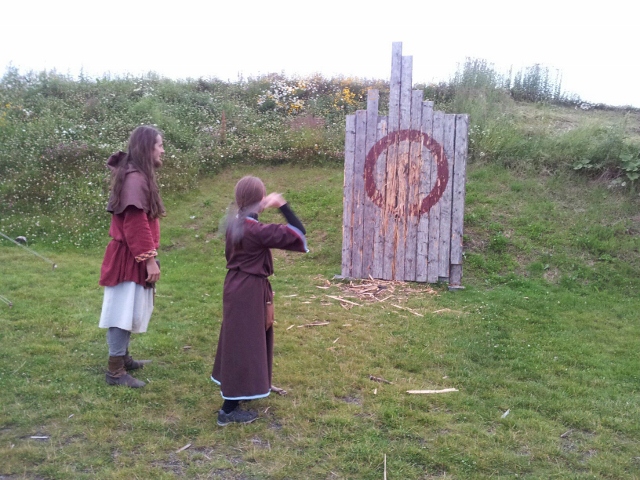 http://stiklestad.no/praktisk-info/international/english/the-saint-olav-festival/ (The website has only basic information in English so it’s best to call for more details) 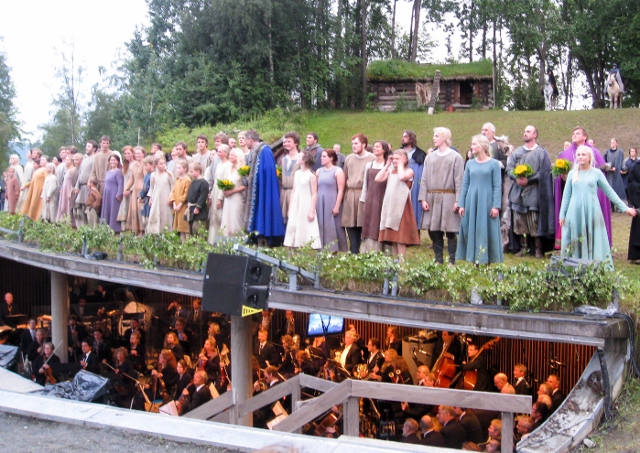 This is my entry for Carnival of Europe hosted by DJ Yabis at Dream Euro Trip.

8 Signs That Indicate You May be getting Richer