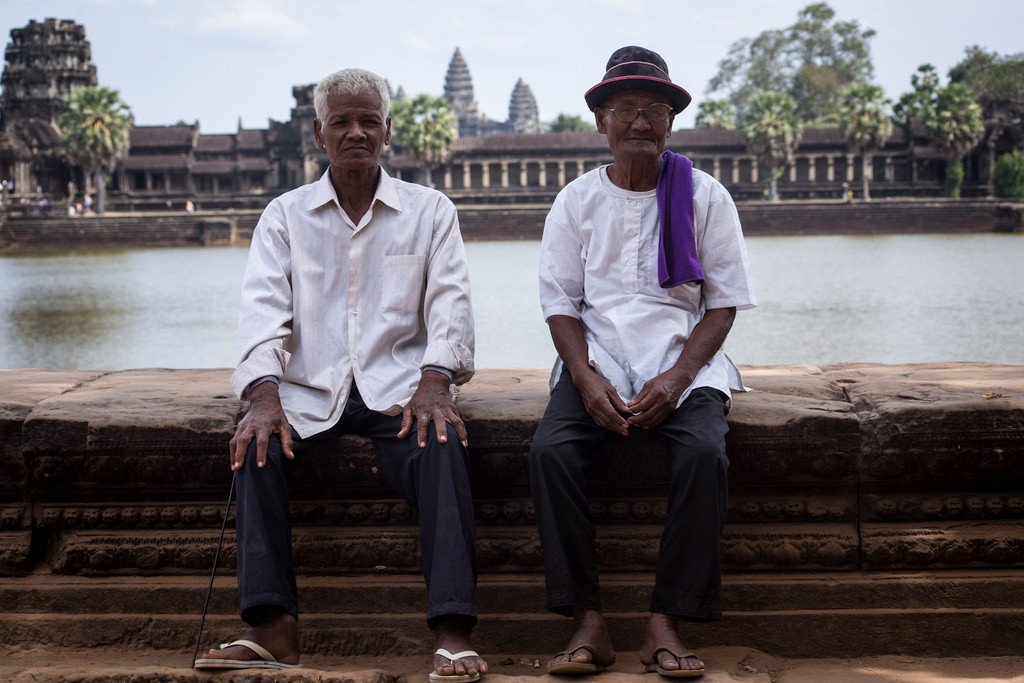 Here at Grown-up Travel Guide, we are firm believers in the concept that age is just a number. Despite the fact that I don’t consider myself even middle-aged yet, we do have a lot of readers in the 50+ bracket who are active travellers and clock up more miles each year than I do.

Yet we also appeal to the younger crowd – you may not be aware of this but the origin of the name of the site came to me after repeatedly hearing that I should “grow up” when bouncing from place to place without much more than the ragged clothes on my back all those years ago in Africa. That is exactly what did happen, but it was the travelling and new experiences that made be grow.

“Grown-up Travel” is quite simply doing all those exciting new things but with a little more comfort – and it’s for any age group. But we also want readers to realise that there is no upper limit – and that you are as young as you feel.

On that note, the work being done by NRS Healthcare struck a chord and prompted me to pen this post. The company recently teamed up with various charities, including AgeUK and Contact the Elderly, as well as organisations such as Campaign to End Loneliness to share their message that growing older doesn’t need to affect you adversely, whilst also telling the stories of some truly inspirational people who understand that age is just a number.

With many elderly people now suffering from loneliness, which can be just as harmful to your health as smoking (increasing the risk of an early death by up to 14%), As Young As You Feel Day which took place on March 22nd is a fantastic initiative which reminds older people that age doesn’t have to limit what you do – and the world is your oyster.

In fact you are probably better positioned to travel when you are older than as a backpacking teen; with the experience to tackle any challenges you may face on the road. Meeting new people comes easily when travelling, and this in turn can help you meet new people when you return. Loneliness is more of an issue when you get back than it is when abroad.

NRS Healthcare asked Campaign to End Loneliness, to share stories of inspirational older people that haven’t let age stand in their way, in order to help other people in similar positions.

Campaign to End Loneliness works alongside more than 2,000 supporters to tackle loneliness in older age and collected a wealth of inspiring tales, but we thought we’d share this one with our readers:

Sally spoke to Campaign to End Loneliness about the challenges of feeling lonely when living in a rural area. After the death of her husband, instead of letting her age affect her ability to meet people and get out and about, Sally took the initiative to set up the Rural Coffee Caravan.

It arose from an idea she had one day to do something about rural isolation and to get people together, talking to others and promoting community spirit. She hopes that it will give others the confidence to set up something of their own that’s as equally community-led.

No matter what your age, it’s time to embrace life and what the world has to offer!