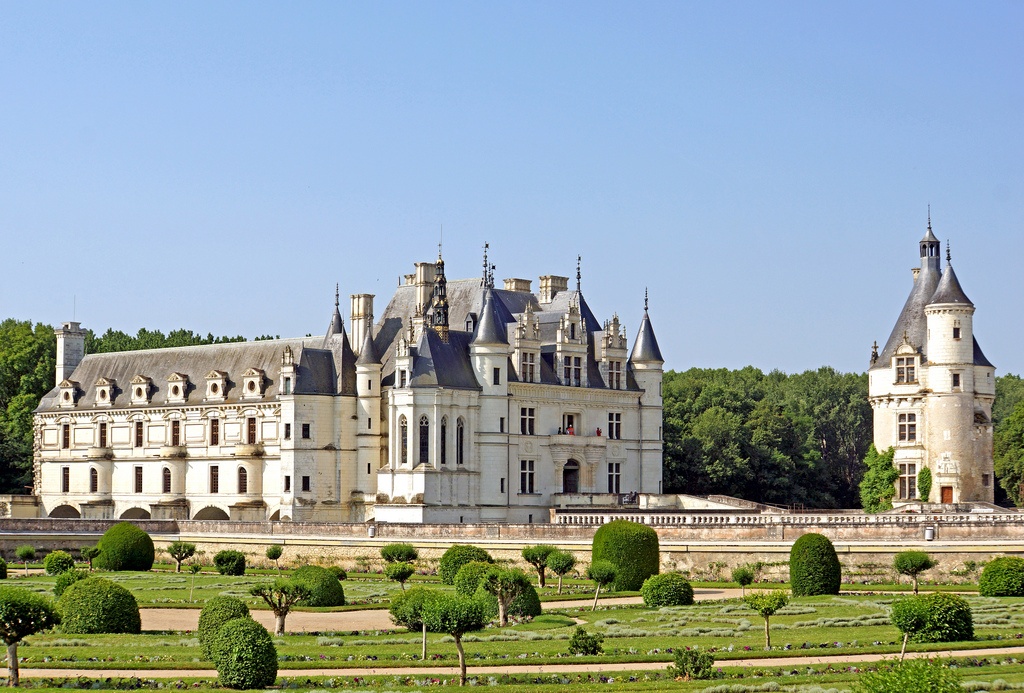 Photo credit: archer10 (Dennis) 101M Views France-001651 - Diane's Garden & Château de Chenonceau via photopin (license) If you are touring the Loire Valley in France, or based in Paris,… 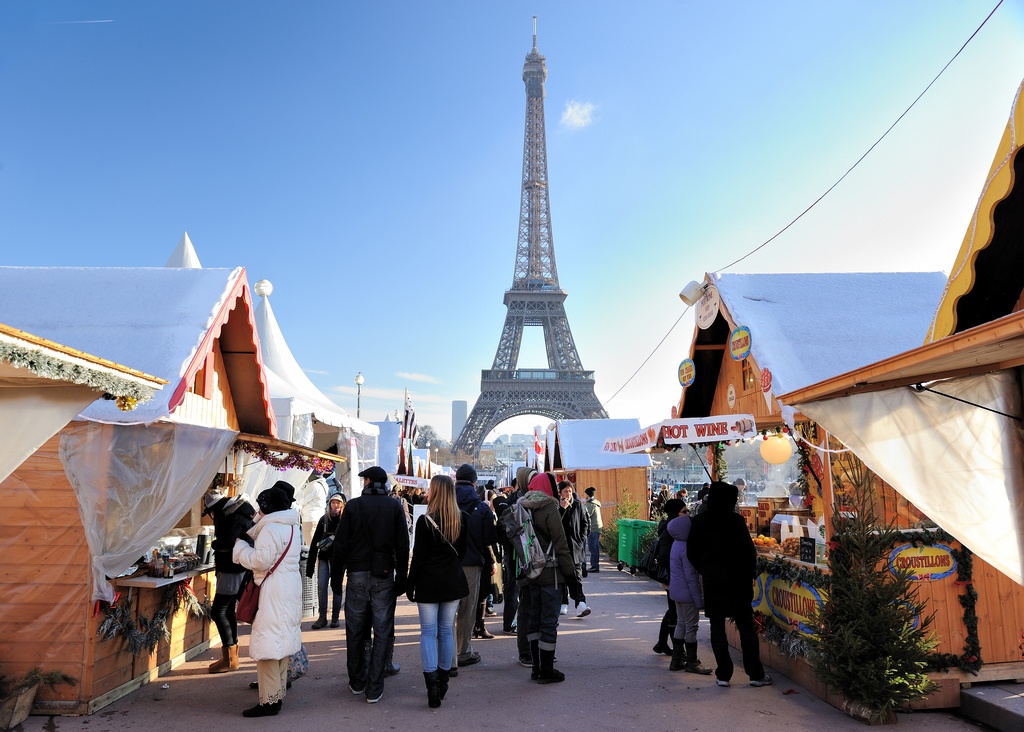 'Tis the season for planning a trip to a Christmas market or two and thus also the season for our round-up of the best ones around. After yesterday's article about… 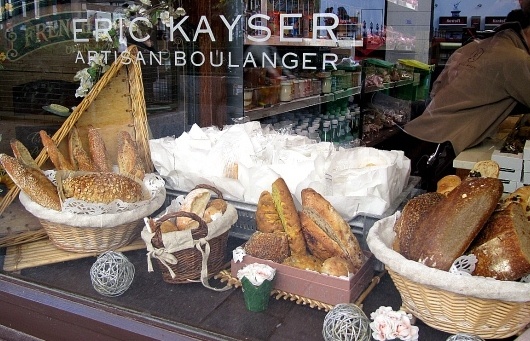 The French capital is one of the most-visited cities in the world - and deservedly so. But it's easy to get stuck following the trail of the tour groups and feel…

Continue ReadingParis away from the tourists – five tips

For quite some time, Paris has been synonymous with love in my mind. Like many others, I have always considered it the most romantic place on the planet. My girlfriend… 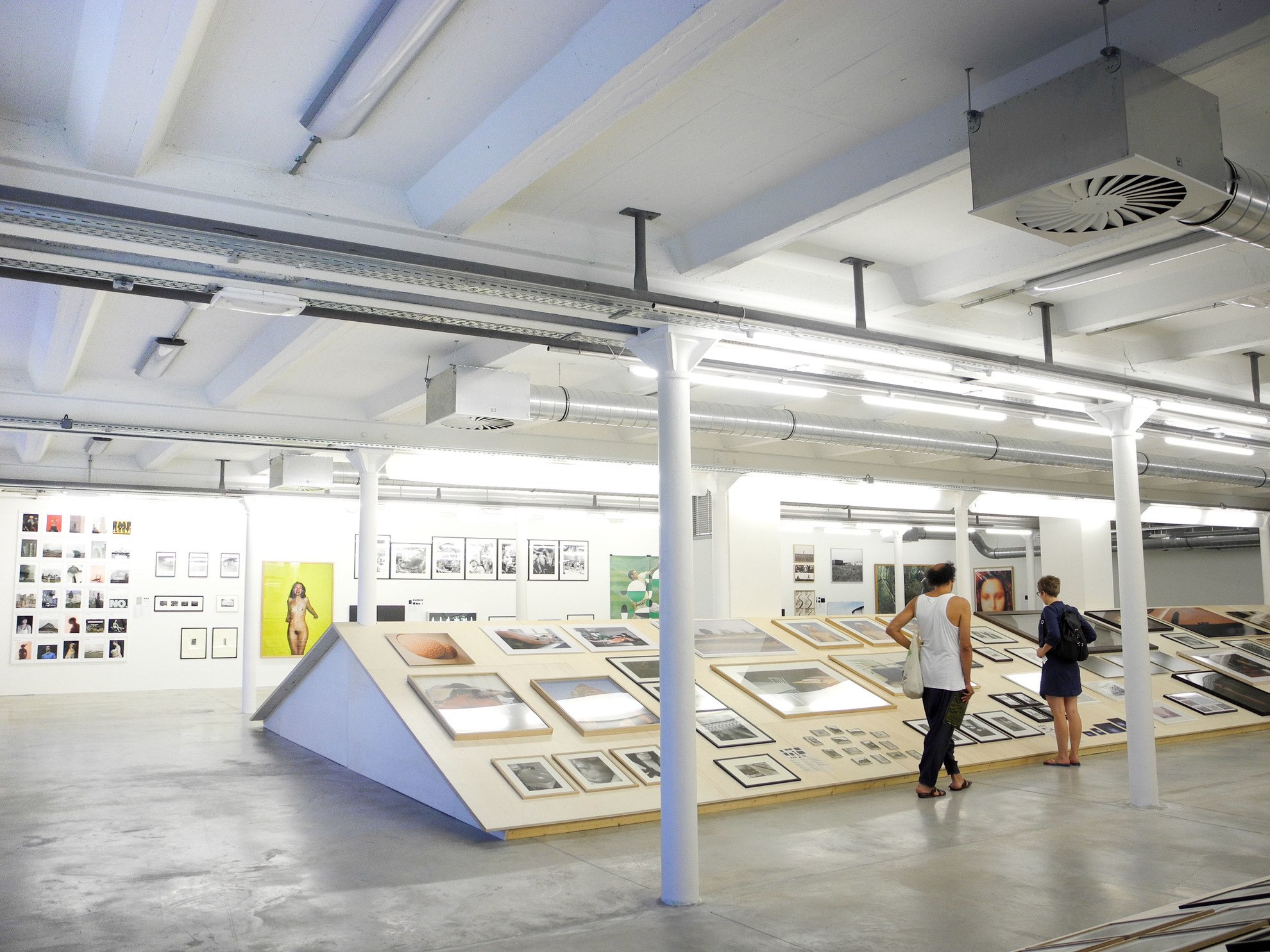 Continue ReadingBeen there, haven’t done that – 5 things you shouldn’t miss in Marseille 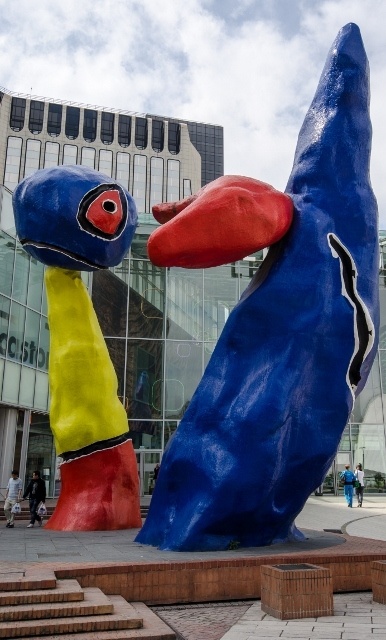 This may well be some kind of corporate art (a logo perhaps?) as it's found in the La Defense district of Paris - but I'm sure one of our astute… 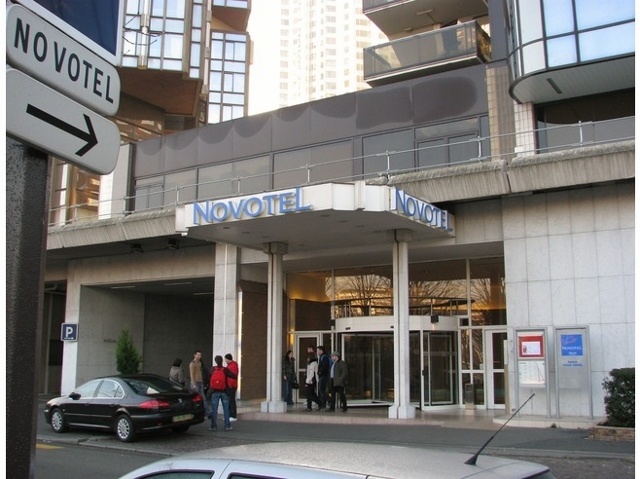 When visiting Paris in May you may remember we were rather taken by the Sofitel Paris La Défense which is a great choice if you don’t mind a quick trip on the Metro into town. This time we had our daughter with us and time was limited so we opted for a hotel nearer to the sights, more specifically near to the Eiffel Tower.

Yes, we certainly enjoyed the luxurious Sofitel, but the Novotel Tour Eiffel (which is also part of the same Accor chain) had some decent reviews and also had a pool, which is always a bonus when our ten-year old is in tow.

I see you had to drop a star too though – must have been tough?

Well you know, we make these sacrifices for our children, don’t we?

The hotel is, as you can see from the photo here, on the bank of the river within walking distance of the Eiffel Tower (about 20 minutes on foot) although the view is obstructed by the neighbouring tower blocks which is a bit of a shame. From the bridge over from the hotel you can access the Île aux Cygnes, the man-made island in the middle of the Seine with one of the three replicas of the Statue of Liberty at one end. Film fans will also enjoy the fact that the walk to the Eiffel Tower passes the bridge used in ‘Inception‘.  There are two Metro stops within a ten-minute walk of the hotel. So all in all an excellent location. 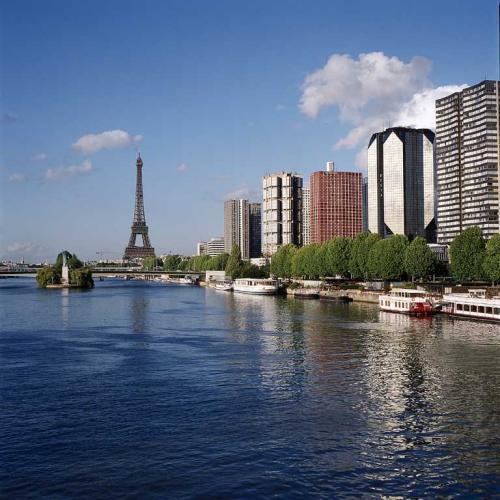 You’d be nuts to drive in Paris but if you absolutely have to you can make use of the hotel’s indoor car park for a fee.

As mentioned we had limited time in Paris so a location near our main target attraction (the Eiffel Tower) and a pool were the two main criteria. 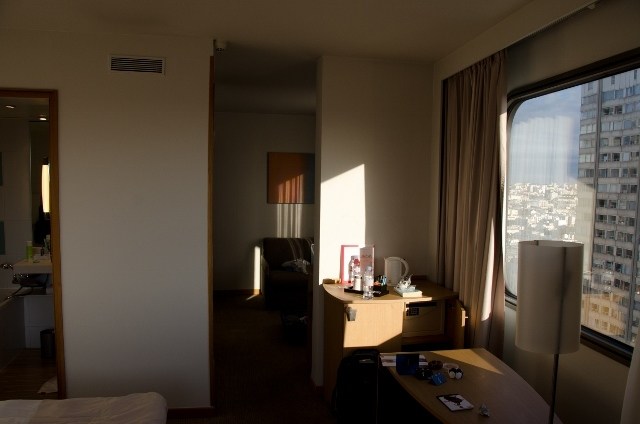 There are two types of room – Standard and Superior as well as 12 suites. We booked a standard room, but being a Platinum member of Accor Hotel’s loyalty scheme meant a free room upgrade so we were supposed to be given a Superior family room. I’m not absolutely sure that we did get this upgrade as we would have struggled to accommodate two children (2 adults and 2 children being the capacity of a Superior room). I guess the idea is for the kids to share the sofabed and perhaps we had a single one as they knew we only had one child with us – there was an extra room between the hall and bedroom with enough space. Let’s give them the benefit of the doubt… 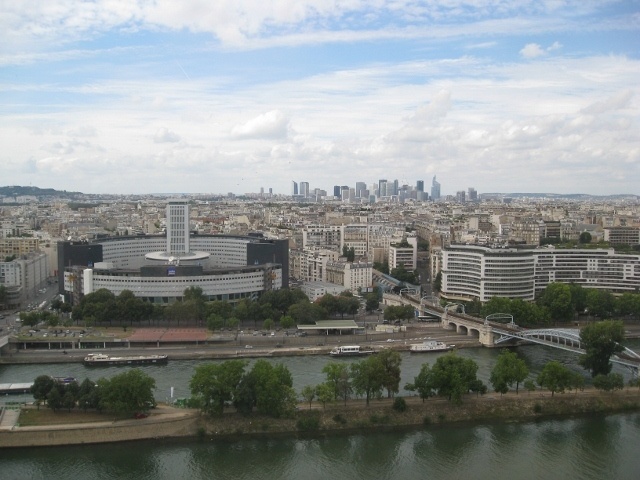 The room was large and being on the 22nd floor had a spectacular view over the Seine and towards La Défense where we’d previously stayed. The room was showing its age but the rounded windows gave it a pleasant retro feel. The features were as follows: LCD flat-screen TV, writing desk with chair, iron, telephone, wired internet. 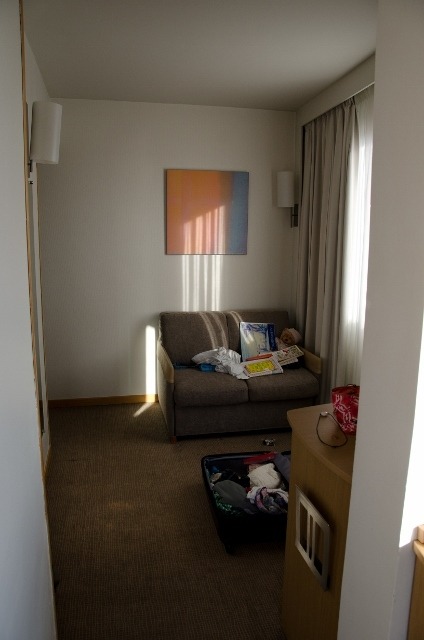 The double bed was large and comfortable and our co-traveller slept well on her sofabed.

Alas, there were carpets. And they were pretty rough, with a few nasty stains. I hope the entire hotel gets a refurbishment one day and they go with wooden floors. They still have smoking rooms here too making carpets even ore of a dumb idea. 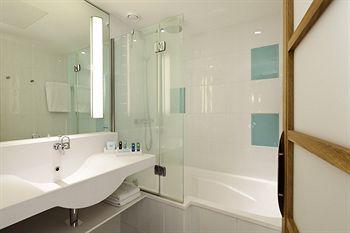 We had both a shower unit and a bathtub in a small bathroom. Unfortunately the shower door failed spectacularly – water ran onto the bathroom floor and straight into the bedroom carpet as there was no doorstop. This had clearly happened since the hotel opened as the carpet was rotten – and I dread to think what it looked like underneath the bathroom floor. Is it really so hard to design non-leaking shower doors? Individual toiletries were provided.

Well, there was supposed to be free internet in the lobby only using a code, but I managed to access it from our room 22 floors up – so either my wireless card is amazing or they’ve boosted their signal. There were computers for the use of guests (which were constantly occupied) in the lobby too, and if you happened to be carrying a cable you could use wired access – for a fee. Not good – make it free and universal please (in fairness it was for me, but I can’t vouch for access from other rooms).

END_OF_DOCUMENT_TOKEN_TO_BE_REPLACED 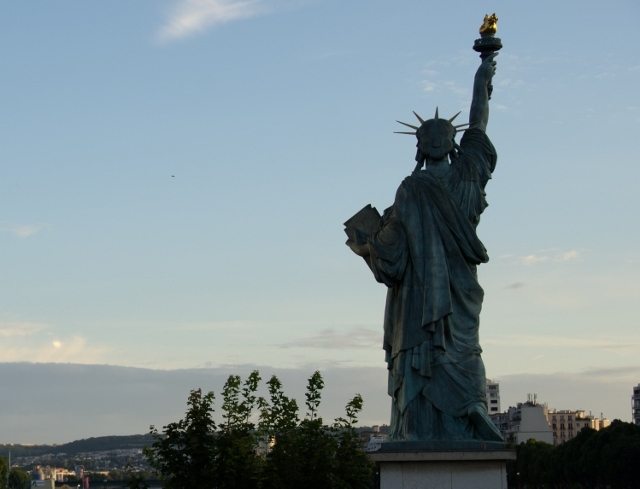 Actually there are three replicas of the Statue of Liberty in Paris, but this is the largest - located on the  Île aux Cygnes, a man-made island in the river Seine.