A couple of months ago I was contacted by the press office at Visit Denmark in the UK and asked whether I would be interested in travelling to Northern Denmark on a tailor-made road trip. I didn’t need much convincing (okay, none actually 🙂 ) as I have wanted to see more of the country than the capital city for some time, and had originally approached the tourist promotion staff a while back at a travel trade show with this in mind.

After deciding on a route that would appeal to Grown-up Travellers we managed to find a gap in this year’s hectic schedule between a holiday in Florida and a week in Chicago. Flights were booked, a hire car was reserved and before I knew it everything was arranged and for my journey to the Jutland peninsula – the part of Denmark attached to Germany, if that helps.

Look out for regular updates on the Grown-up Travel Guide social media accounts and expect a full trip report soon – but first of all here’s the itinerary for my whistle-stop tour: I’m flying from Trondheim to Copenhagen with SAS where I have a couple of hours stopover before picking up the connection to Aalborg airport. After collecting my rental car I’ll hit the road for the beautiful town of Skagen at the tip of the peninsula.

Famous for its unique light which attracted artists in the late 19th/early 20th century, Skagen is an extremely popular destination for Danish, Norwegian and German tourists and an increasing number of other nationalities are discovering this gem.

My accommodation for the night is the Hotel Skibssmedien right in the heart of the harbour area. My morning will be spent in Skagen with a guided walking tour and visit to the art museum followed by lunch. In the afternoon I head for Aarlborg, the capital of North Jutland. The fourth largest city in Denmark is becoming a favourite among weekenders and I’m keen to see what all the fuss is about.

A similar size to my current home of Trondheim in Norway, it may well be just as appealing and an interesting alternative to Copenhagen.

I’m staying at the Hotel Chagall which is walking distance from the city centre. After some more exploring in Aarlborg it’s a 120km drive to Aarhus, which is also attracting large numbers of visitors looking for a city break with a difference. Highlights in Aarhus include ‘Den Gamle By’ (The Old Town) which is a living museum based on a recreation of a Danish town during different eras. They’ve just added the 1970s which will be especially interesting for this traveller…

The ‘Aros’ Art Museum is also on my must-see list – for the building itself as much as the art collection inside (see picture above). 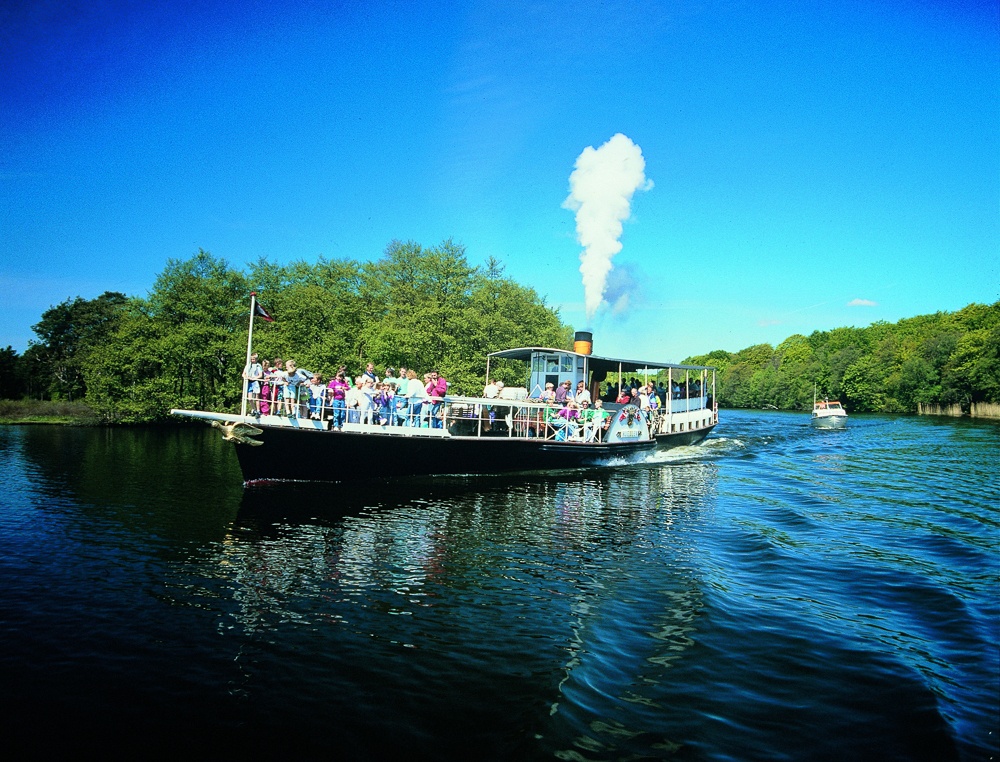 Things take a more rural and laid-back turn today. After an early start I drive to Silkeborg in Denmark’s ‘Lake District’ to take a river cruise on boar dth eworld’s oldest coal-fired steamship to Himmelbjerget. Here a 19th century tower provides great views (and exercise) over the surrounding area from one of the highest points in the country. Yes, this is Denmark, not Norway so this point is just 147 metres high but no matter. What it lacks in elevation it should make up for in charm…

In Silkeborg my pad will be Hotel Vejlesøhus, a short drive from the centre of town.

I’ll need to start early on my final morning to drive back to Aarlborg, return the car and catch my flight home via Copenhagen.

I’m looking forward to telling you all about my adventures in Jutland, Denmark – if you have any tips or advice do let me know and don’t forget to keep an eye on Facebook, Twitter, Instagram and Foursquare for updates from the road!