Quelling a zombie invasion not realistic enough for you? Paintball warfare leaving you cold? This new offering from our envelope-pushing pals over at wish.co.uk could be for you.

I predict a…no – I’m not going there 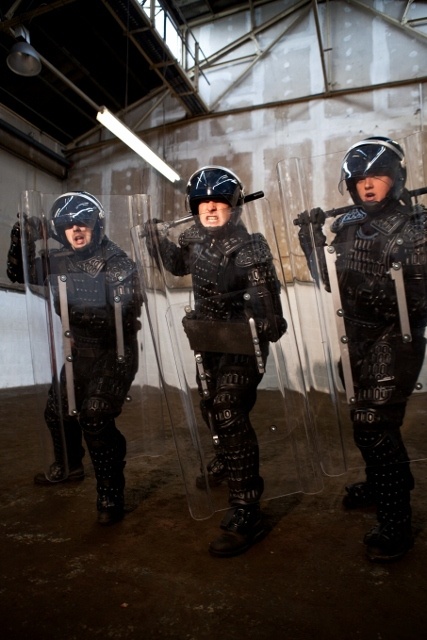 First let’s get the ‘bad taste’ arguments out the way. Yes, it’s a riot control experience and clearly riots are a sensitive issue in the UK, not least in London after last summer’s clashes. But then so is war, and playing soldiers with softguns or paintball gear also involves distancing yourself from the reality of battle. Hey, zombies are kind of nasty too. That said, this particular experience has predictably stirred up the tabloids in Britain and we’re not going to fan the flames further (or indeed lob a petrol bomb or two).

On that basis, let’s have a look at what you can expect if you sign up. If a picture is worth a thousand words, then a video must be priceless:

As it says on the wish.co.uk website, “there is nothing more embarrassing than turning up to police a riot and realising you haven’t grasped basic etiquette. Worry no more, as we now offer the UK’s first Riot Training Experience.”

First of all it should be pointed out that you have to be accepted first. The organisers are very selective about who is allowed to take part and reserve the right to decline bookings from anybody at their sole discretion (if this happens to you a refund will be given). If their experts don’t like your behaviour or your attitude, they won’t let you participate and reserve the right to send you off at any time.

If you make it through you’ll get to learn the basics of riot control techniques – organisation, tactics and methods will be covered in detail. It’s not just about charging at a mob with the biggest baton you can find.

(Simulated) Anarchy in the UK

The experience starts with a full briefing on modern riot control and a thorough safety presentation. After discussion of famous riots and riot police from history it’s time to learn about tactics and formations. Weapons training comes next – you’ll be taught how to handle those huge riot shields and batons while protecting yourself with ballistic helmets, visors and body armour. Petrol bombs will be demonstrated and you’ll be shown the basics of casualty evacuation.

Then it’s lunchtime and you’ll have a chance to chinwag with your buddies before going into a pitched battle against them. Participants are split into two groups – rioters and police. The latter will then change into their body armour and grab their top-of-the-line crowd control equipment before the former unleash hell in a simulated street war. 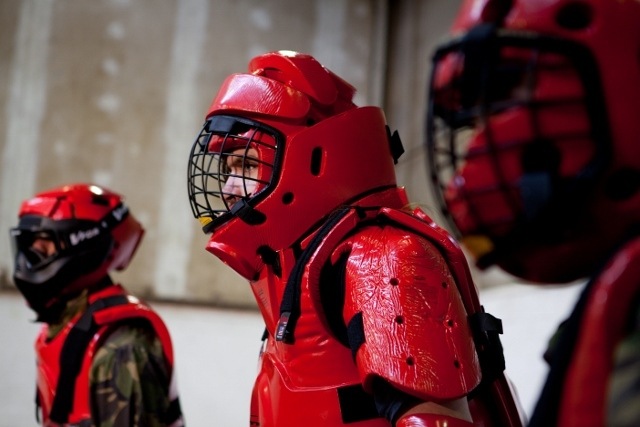 Obviously both sides need to be wearing clothes they don’t care too much about – protective outerwear and boots are provided on the day to both groups though.

Welcome to the (expertly-supervised) jungle

As riot police you’ll try to hold your ground while being bombarded with debris, before moving forwards through the smoke. Watch out for the Molotov cocktails raining down on you as you are engulfed in the battle. The crowd will face an onslaught simulated baton rounds and ‘snatch squads’ rushing at them to drag out the ringleaders. The whole chaotic scene will be fully supervised by ex-police/military experts at all times. The trainers are real-life, ex-military/police instructors who have managed riots in Northern Ireland and Bosnia. It’s important to realise that you are going to get a few bumps and bruises, and this being the UK you’ll be required to sign a safety waiver in order to take part. You need to be fairly fit too and you must disclose and discuss any underlying medical conditions when booking. London’s Burning (in a controlled manner)

Then it’s your turn! After a truce is declared the two groups swap sides, so you can experience both sides of the conflict. It’s an all day event and when it finally reaches a conclusion you’ll attend a debriefing and refreshments will be served.

If you’ve ever harboured a desire to face off against an angry mob behind the relative safety of a visor and riot shield – or wondered what it’s like to be charged by riot police – we’re not going to judge you. But you should probably sign up for this.

One Response to “Fight the power, then fight the rioters – a rather different day out in London”