It’s time for the fourth article in our series; to recap we described the experiences of an Englishman in New York for the first time, then a Canadian in San Francisco and An English Lady on the Costa Brava.  A number of different authors tell us how it went the first time they visited a city or town. Did it live up to their expectations? Were there any big surprises, shocks or strange differences they weren’t expecting? Was there any truth to the stereotypes they had heard about? The View From Above

My first visit to Cambodia was in November 2009 and I was both nervous and excited because I was fulfilling my long-held dream of doing medical volunteering there.

I guess my first impressions of Cambodia came to me as I looked out the window of the plane as we neared Phnom Penh. The rural countryside was orange and arid as it was the dry season. It appeared sparsely populated with villages dotted here and there. Descending into Phnom Penh it looked to be a city of older, shabby low-rise buildings.

The airport terminal was small and underwhelming. I found obtaining a tourist visa on arrival a rather chaotic and disconcerting experience. A traveller never likes to parted from their passport – right? I knew I had to provide the officials with a passport photo and give them US $20 for the privilege of stamping my passport. It’s a bit of a wrought, especially as you have to pay another US$25 when you fly out!! I joined a large queue and when I finally got to to the front, an official took my photo, visa application form and passport and shooed me away! Confused and a little concerned I followed what others seemed to be doing which was to form a second queue. After 10 mins or so my name was called out and I proceeded to desk, paid my money and was relieved to get my passport back. Better signage would be appreciated.

A Welcome I Will Always Cherish

I entered the arrivals area and was met with the beaming smile of Dina, who had been sent by the charity to greet me and was holding up a placard with my name on it. I have never been received with such enthusiasm and joy. It turned out it was Dina’s first day in his new job and he was a very happy young man. He was the first Cambodian that I had met and he represents my general impression of Cambodians since that time – friendly, generous and helpful. This makes it all the more incomprehensible to me and other foreign visitors as to how the Killing Fields ever happened. 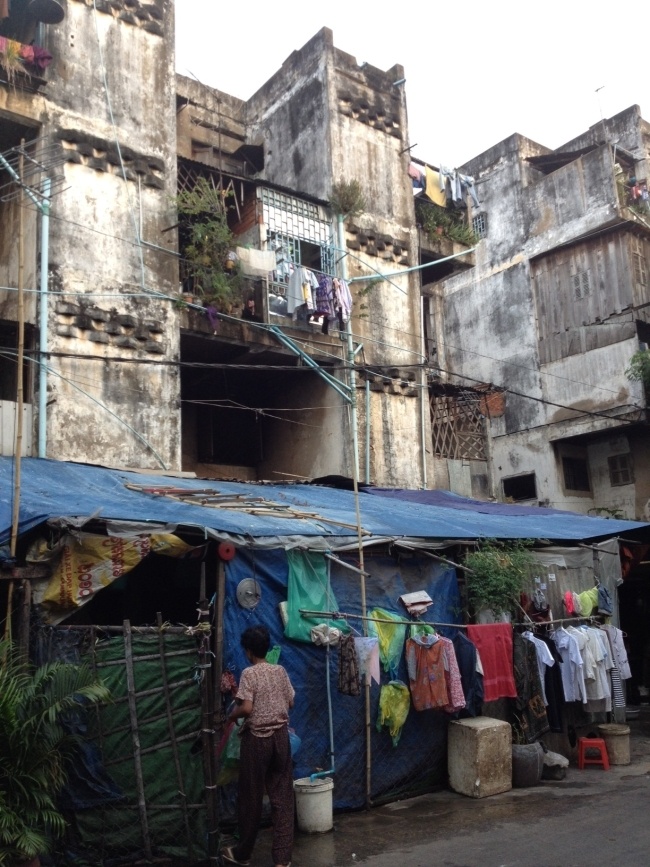 Streets of Vibrancy and Squalor

Walking outside the terminal the 33 degree heat hits you and you know you won’t need a sweatshirt or cardigan for the rest of your trip. Transport into town is either by taxi or tuk tuk. I was most excited to have my first tuk tuk ride – me and Dina on one seat and my luggage piled up on the other. What a way to take in the sounds and smells of this vibrant, crazy city! (The tuk tuk ride into the heart of the city near the Tonle Sap where the majority of tourists stay costs about US $8).

The roads are filled with tuk tuks, Toyota Camrys ( seems to be the preferred car here) and thousands of “motos” (low cc motorbikes). Motos are the most affordable form of transport and you often see families of 4 on a single moto. Cambodians seem to have a sixth sense when driving on the streets of Phnom Penh. They miraculously cross each other’s paths, edge past each other and often ride against the flow of traffic and yet you rarely see a collision or a dented vehicle. It is truly amazing to witness. Initially you squirm on your tuk tuk seat, or wince and blaspheme if you’ve been game (crazy) enough to get on the back of a moto taxi, but after awhile you just laugh and relax into the whole experience.

Walking the streets of Phnom Penh you get plenty of opportunity to watch Cambodian life in all it’s rawness. You see “Recyclers” pulling their carts, trawling the streets for anything with a possible second life. Unfortunately they have not found a use for the millions of plastic bags that litter the streets. There are the colourful, mobile brush selling carts, and the ice cream sellers who weave through the streets on their motos with a sidecar ice box. Their loud, endlessly looping jingle must drive them crazy!

Dusty street stalls sell anything and everything from spare moto parts to soft toys to soft drink bottles full of petrol which are sold to moto drivers who cannot afford to fill their tanks.
Finally there are the egg sellers with their mobile carts of boiled eggs. Some of them sell a Khymer delicacy of which I will not be partaking –  eggs that contain cooked 17-19 day old duck foetuses! Some of my sweet, sane Cambodian friends adore them.

Cambodian cuisine is not the best. Pho, a broth soup with fresh herbs and usually some form of meat), is tasty, healthy and initially a novelty but I quickly tire of it.
When I first came to Cambodia I quickly became addicted to their ice coffee which is made with condensed milk. I had trouble limiting myself to 2 bags ( on the street you usually buy it in a bag with a straw) a day. Tragically after an incident when I was unwell and threw up an ice coffee, I can no longer face the stuff! I miss it terribly but it’s absence is no doubt better for my waistline.

What do I love most about Cambodia? The people. The vast majority of them live on less than a few dollars a day. Making a living is a constant struggle for most and yet they maintain a positive spirit and dignity. They help me see through all the bullshit of material wealth to what is really important – Humanity. 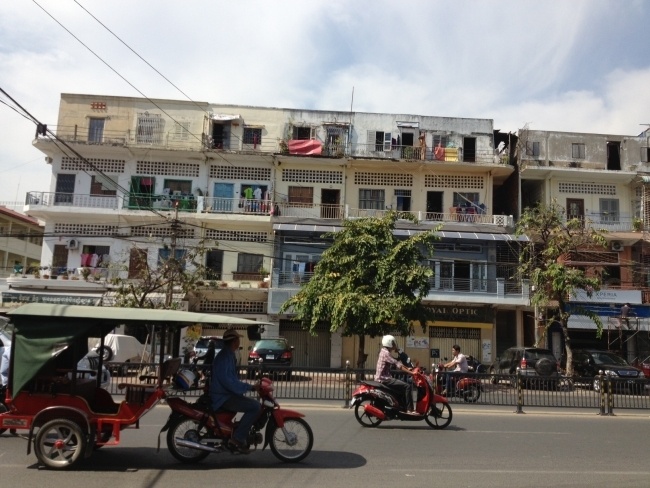 rtw Kathryn is a doctor and avid travel blogger. She runs her own vegan blog and Rtw Travel Guide together with her partner Kate.