Having just returned from the Travel Bloggers Unite Conference in Porto, all this week our feature content is about Portugal – a popular travel destination with more than just the stunning beaches of the Algarve. First of all here are some of the places you should have in mind when planning a trip. 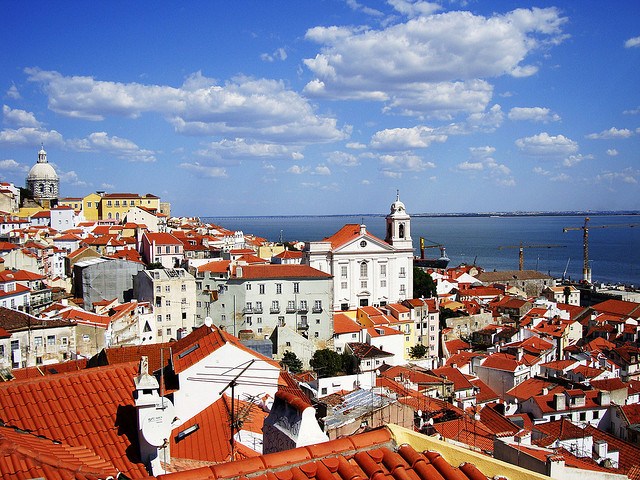 The major attraction and the top destination in Portugal is Lisbon. It is the capital city of the country and one of the most beautiful cities in the world – famous for its charming atmosphere, cobbled streets, natural resorts and numerous historical monuments. When in Lisbon, every tourist should try Portuguese cuisine. After exploring the city’s main attractions drop by one of the restaurants to try traditional Portuguese Bacalao, Sopa de Pedro or sweet Doces. 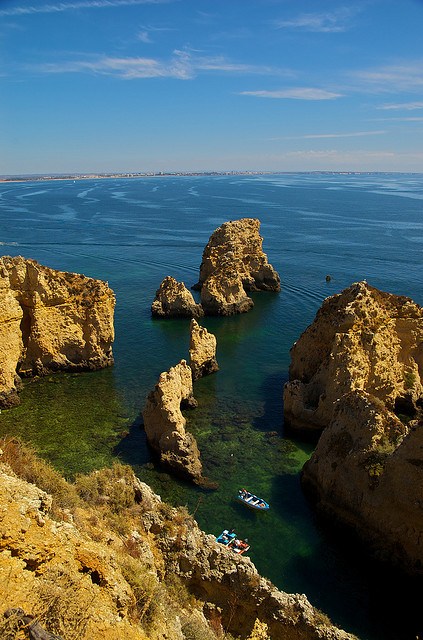 This is one of the natural wonders of Portugal. If you find yourself near Lagos, you should definitely visit Ponta de Piedade, located in the south-western part of the city. With a fabulous coastline the place is a real paradise for all nature and extreme sports lovers. The landmark is one of the biggest tourist sights in the country; for many centuries, nature has been building magnificent stone sculptures here. As a result the cape is filled with numerous caves, grottos and arches. The best way to explore the beauty of the area is from the sea and there are special boats that can easily take you there. During this exciting trip you can admire the stone pillars and even swim through numerous caves and tunnels. The water in the area has a truly magical effect caused by the reflection of azure water in the sun and rocky shores. On the cape there is a special path that will take you from the top of the lighthouse to sea level in just 182 steps. 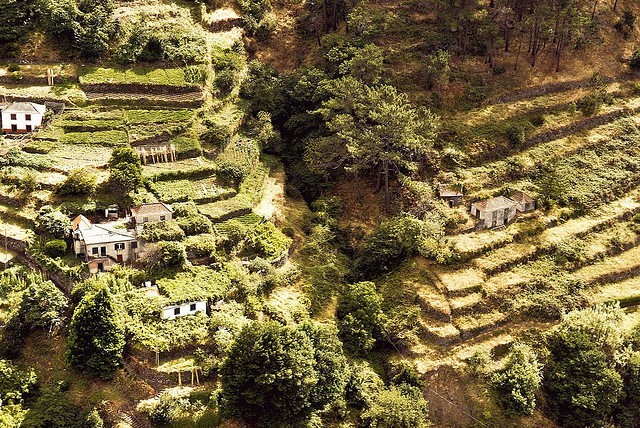 Madeira is a beautiful island in the Atlantic Ocean, located 1000 km from the mainland. The archipelago also includes the island of Porto Santo and two groups of uninhabited islands Deserts and Selvazhensh, both of which are nature reserves. Madeira is a very popular and a prestigious European resort that has drawn visitors since the early 19th century. It used to be a famous holiday spot for royal families, famous writers and political figures. Since then, a number of new resorts have appeared on the island and Madeira remains justifiably proud of its crystal clear warm waters and high year-round temperature.

Impressive bridges, a mazes of streets and alleys and picturesque facades make Porto one of the most charming cities in Europe. Located at the mouth of the Douro River, Porto is the second largest city in Portugal and the capital of the north of the country. In 1050 the city became a major economic centre for the northern region and in 1996 the historical core of Porto was declared a UNESCO World Heritage Site. The city is filled with history everywhere you look and there is plenty to see and do both in the city itself and by making a day trip into the surrounding area.