We’re in holiday mode here at Grown-up Travel Guide – as you read this post we’re exploring Sardinia in Italy with limited access to the internet to update the site. Still, rather than close up shop we delved into the archives and have dusted off some of the earliest articles published back when we were lucky to get 50 readers a day. So you may well have missed these, yet we consider them just as relevant and useful now so hopefully you’ll have something to tide you over before we return. Of course we’re still putting out daily photos and some new articles too – we’ve actually been abroad since last Thursday but scheduled the new stuff to automatically publish in our absence. See you in a couple of weeks!

Travel tip #4: Do your research and pick the right plane 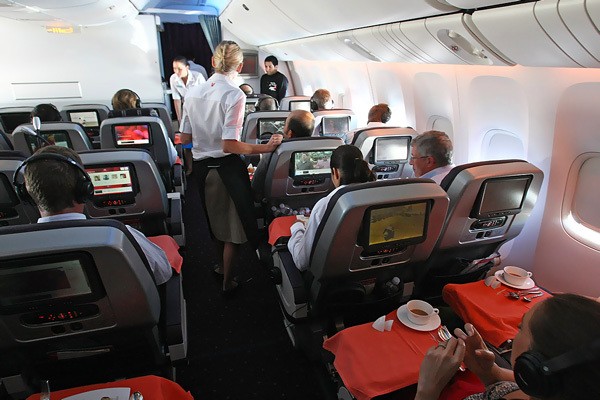 There may be a choice of flights on the day of your trip as many airlines operate a mix of different aircraft on the same route. When selecting a flight from London to New York earlier this year I just had to finally fulfill a childhood dream to travel aboard a Jumbo (747). British Airways had at least three different jets in use that same day on the same route but I was able to pick the one I wanted.

Yes, and I probably should have upgraded that particular entry, given the age of the 747s in use…but I digress. You can check out which plane is the most modern with the best seats. Newer planes have those bigger seat-back screens with movies on demand rather than the looped films of the past or even worse, a screen you have to share (boo!)

Even more to the point, you can choose the A380 if it´s on your route…

That´s right – so make sure you look into it. While we´re on the subject of planes, don´t forget to check out the seating plans and useful information on www.seatexpert.com if you are able to choose your seat (which will often cost extra but can be worth it). And one more thing – if you are hoping to sleep on a plane and are flying economy, note that staff fill the plane from the front to the back. So there can often be more space at the rear of the aircraft – if you see an empty row you should ask to move when the doors close and can stretch out when airborne. It´s noisier at the back though, but earplugs help (and are a good travel investment anyway).

Have you tried this method? Do you have any other flight-related tips? Whatever, we want to hear from you. But we’ll still block any offensive stuff of course. Or spam…