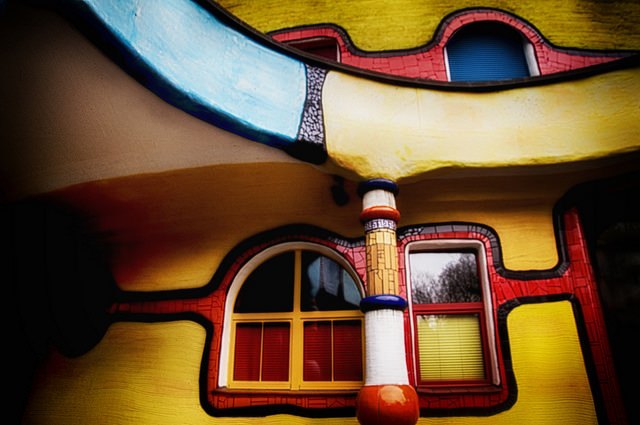 The beautiful city of Vienna is a Mecca for travellers. Unsurprisingly, this European destination is on the travel itinerary of many holidaymakers.

Most people who visit the city take in the most popular sights. For example, the majority of tourists visit the Vienna Opera House, the Schönbrunn Palace, the Imperial Palace and St. Stephen’s Cathedral. They go home with a feeling that they have seen all that the city has to offer, which is a bit of a shame because Vienna has far more to offer. To help you to avoid doing the same we have put together an overview of some of the more unusual sites that few people know about.

For centuries, this part of Vienna was home to a big Jewish community. In this Bohemian area, there are numerous unique attractions and shops to enjoy as well as some great places to eat. It is close to the centre of the city, so it is also easy to get to.

Friedensreich Hundertwasser, the famous Austrian painter, designed this unusual, and colourful, apartment building. It is not as curvy as Gaudi’s La Pedrera residential building, in Barcelona, but it is every bit as interesting. If you are a shutterbug, you will get some great shots here. You will love the quirky touches, which includes trees growing inside the apartments.

Most tourists leave museums off their itineraries, but Venetians love them so there are a lot of them to enjoy in the city. Currently, there are 118 located within the boundaries of Vienna, with more openings planned.

Austrians like culture, but they also enjoy the unusual and quirky, so Vienna has some fascinating and unusual museums. The city’s curators have thought outside the box and put together collections that you rarely find elsewhere in the world.

The funeral museum and the crime museum are both fascinating, and well worth a visit. If you like film noir, you will enjoy the Third Man museum. This famous movie was made mainly in and around Vienna. It is a small museum, so it will only take you an hour to go around, which means you can easily slot a visit into your travel itinerary.

If you want to find out more about the museums of Vienna, just click the link.

The Republic of Kugelmuge is the result of the Austrian Artist Edwin Lipburger deciding to break his ties to his country. His solution was to build a city within a city. Unfortunately, he did not get far. All he managed to do was to put up one building. He built his roundhouse on a hill. Unfortunately, he did not have the necessary building permits.

However, rather than have the building demolished the city authorities decided to move this unusual structure and had it rebuild it in a park. Today, it is a tourist attraction, which is becoming increasingly popular.