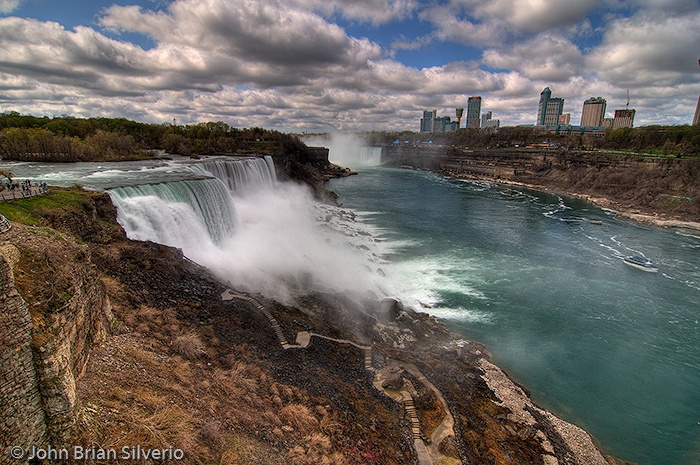 In your everyday life, you run, cycle, swim and hike — so loafing around during your vacation doesn’t help you to relax. However, you don’t want to spend a fortune while you get your adventure fix. Enter: Niagara Falls. If vacation means not only finding a good deal on hotel stays in Niagara Falls but also seeing the sites on a budget, lacing up your running shoes or grabbing your hiking poles will offer you the chance to see the beauty of the falls while saving some money. Running, hiking and biking trails weave across the Niagara landscape. Here is a list of must-do trails in both the Canadian and American parks during your Niagara Falls vacation.

Niagara Falls State Park is not only America’s oldest state park but is also home to the Niagara River Gorge and vistas not found anywhere else. The state park’s 15-mile trail system winds along the river gorge extending from Niagara Falls north to Lewiston, New York. One of the most popular treks is the Rim Trail. It starts at the Horseshoe Falls, continues on to the Upper Great Gorge Trail and then to the Whirlpool Rapids. Several sections of this trail run along the water’s edge and provide views of the river gorge’s sedimentary rock walls. Hikers on the Niagara Gorge Trail System should be ready for a challenge as they will encounter steep stairs and rocky terrain on the trails.

For a less strenuous trail experience, visitors can opt for the Robert Moses Parkway Trail, a year-round multi-use recreational trail for cycling, rollerblading, running and walking that runs parallel to the Gorge Rim Trail. This is a three-mile trail and can be accessed from the Niagara Falls Gorge Discovery Center. The state park also offers guided tours on the trail system. These start at Niagara Gorge Discovery Center’s trailhead. Admission to Niagara Falls State Park is free.

Canada’s Niagara River Recreation Trail is a scenic, path starting at Fort George in Niagara-on-the-Lake and extending 35 miles to the town of Fort Erie, running parallel to the Niagara River. At the trail’s halfway point, travelers pass by the famous Horseshoe Falls. This trail is eight feet wide and paved, making it accessible to walkers, bikers, runners and those on rollerblades or in wheelchairs. In addition to the natural beauty of the trail, it is also dotted with study markers and memorials adding an educational element for visitors.

The Niagara Glen, part of Canada’s Niagara Parks system, is located deep in the Great Gorge and was designated a nature reserve in 1992. Stairs lead to a 2.5-mile path that winds through Carolinian Forest and past boulders that resulted from the erosion of the falls thousands of years ago. The glen overlooks the Niagara River Whirlpool, a unique right-angle turn in the river. Niagara Parks offers guided tours of the Niagara Glen during spring and summer months, and daily hiking tours leave from the Niagara Glen Nature Centre. 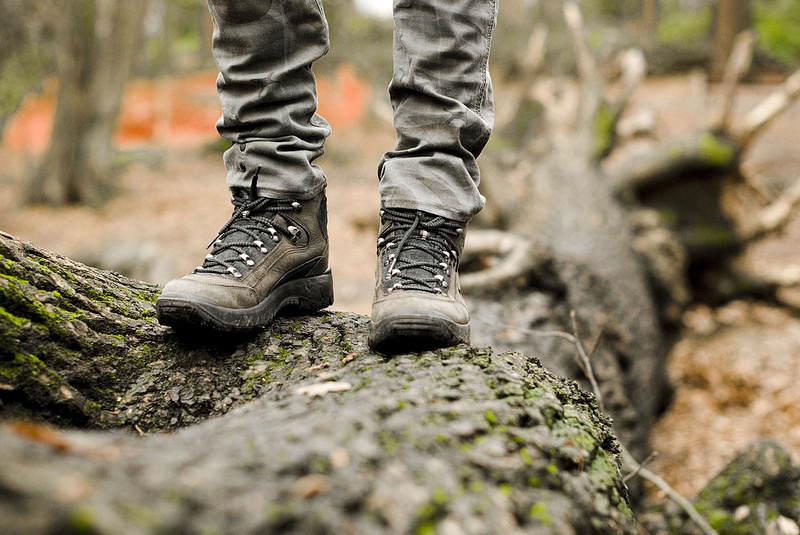 The Bruce Trail is the other major trail system starting in this region. This trail is Canada’s oldest and longest marked footpath. It provides the only continuous public access to the Niagara Escarpment, a UNESCO World Biosphere Reserve. The Bruce Trail winds between Queenston Heights on a diagonal path for 480 miles through southern Ontario to Tobermory on the Bruce Peninsula.

If cycling is more your speed, the Greater Niagara Circle Route is a biking initiative led by Niagara Parks. This initiative was integral in the development of the 35-mile Niagara River Recreational Trail, which parallels the Niagara River on the Canadian side of the falls. This mixed-use, paved path was constructed in 1986 for non-motorized traffic. It is divided into four sections, and takes approximately one to two hours to leisurely pedal through each section.

If experiencing nature inclines your love of bird watching, the Audubon Niagara Birding Trail in New York features vista points for visitors to observe birds above and below the Falls. On this trail, you’ll have the chance to watch nested peregrine falcons, ducks, loons, gulls, purple sandpipers, belted kingfishers and chickadees. On the Canadian side, the 35-mile Niagara River corridor was the first North American site to receive international recognition as a “Globally Significant Important Bird Area.” So when hiking along footpaths or pedaling along trails on either side of the falls, be sure to keep your eyes open for wildlife.

Age is just a number – not an excuse not to travel

Tips for Starting a Travel Blog