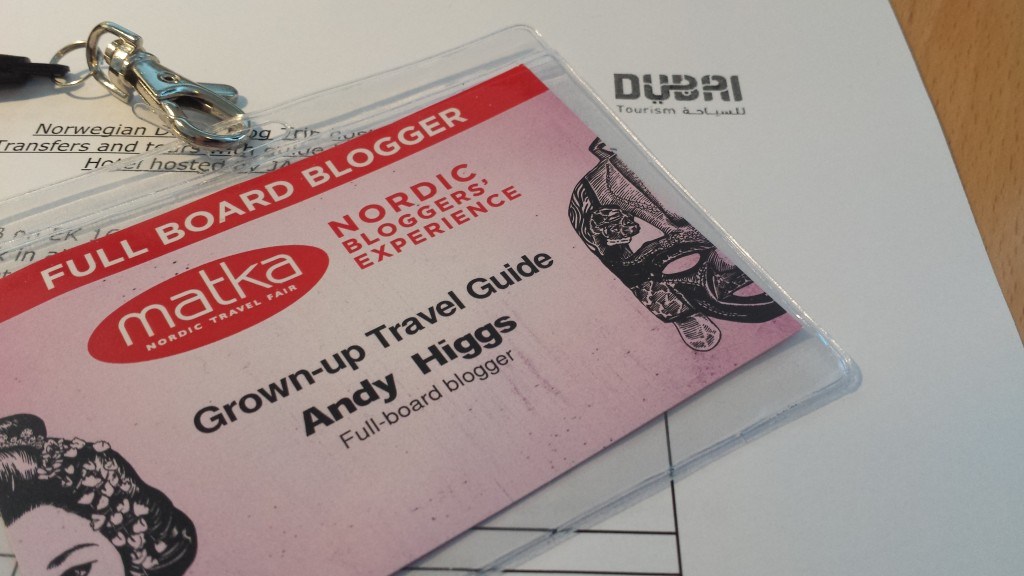 One of the many benefits of publishing this website is of course the travel it involves – and more specifically the variety of trips I get to take. Sometimes the contrasts offered by visiting two different destinations in a short period of time are somewhat extreme – and 2015 has started with a classic example…

As you’ll be aware, last week I was in Finland for the second Nordic Bloggers’ Experience conference and MATKA trade fair in Helsinki. This year (unlike in 2014) I was able to take part in a post-event excursion which involved three nights in the Mikkeli region of eastern Finland. The theme for our trip was enjoying the silence of the winter season in one of the most beautiful areas of the country. Known as the Finnish ‘Lake District’, Mikkeli is very popular during the summer but also offers some amazing experiences for travellers willing to brave the cold.

I’ll be writing more about the activities we enjoyed as well as the superb food. You know how highly I rate Helsinki for its food but believe me, there are many places outside the capital that will delight your taste buds and expand your waistline…Fortunately there are plenty of ways to burn it off including cross-country skiing, snow-shoeing and good old walking. Indulging in a sauna every day will help, too.

While I was in Finland I received confirmation of my next press trip which will be a whirlwind tour to Dubai. I think it’s safe to say this will be one of those aforementioned contrasts – just twelve days after returning from a winter wonderland I’ll be off to a metropolis in the desert. I’ve only seen Dubai in the distance from the airport so this is going to be an exciting four days.

It’s actually a relatively cool time of the year to visit the UAE and temperatures are forecast to be around 20 degrees Celsius when we arrive on 2 February. Considering it was 20 degrees below zero when we left Mikkeli, I might need to pack a slightly different wardrobe.

I love the winter but am not averse to warmth either – so I’m confident I’ll enjoy both countries equally on their own merits.

The view from the hotel – Helsinki, Finland: 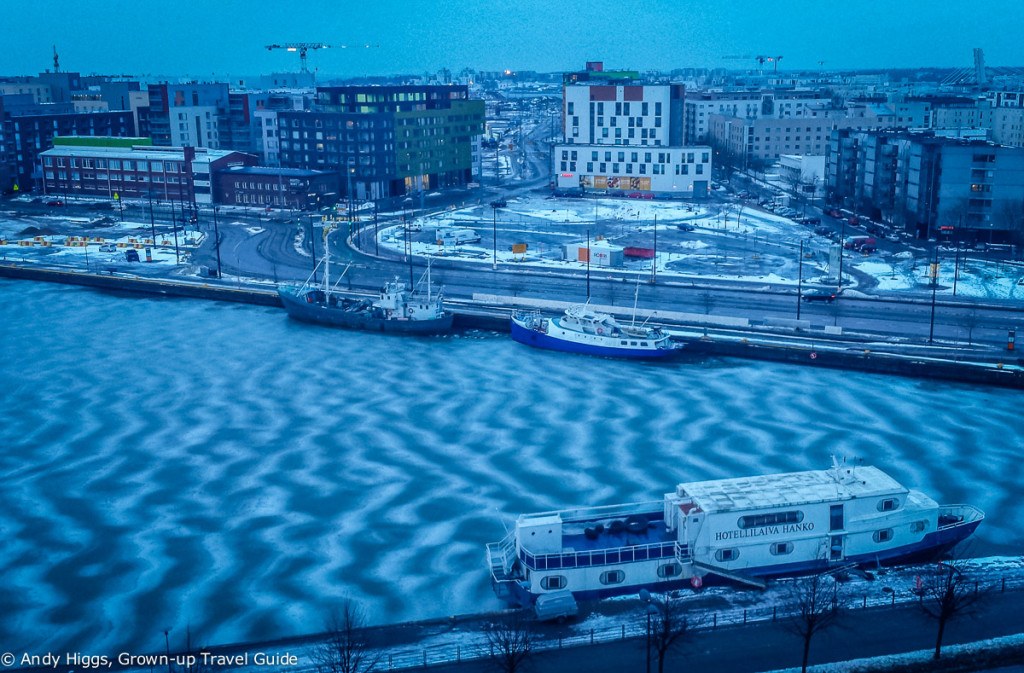 Looking over Helsinki harbour from the Radisson Blu Seaside hotel it was amazing to see how the waves had frozen in the water.

The view from the hotel – Dubai: Slightly more movement in these waves seen from the Oasis Beach Tower which will be our accommodation in Dubai. 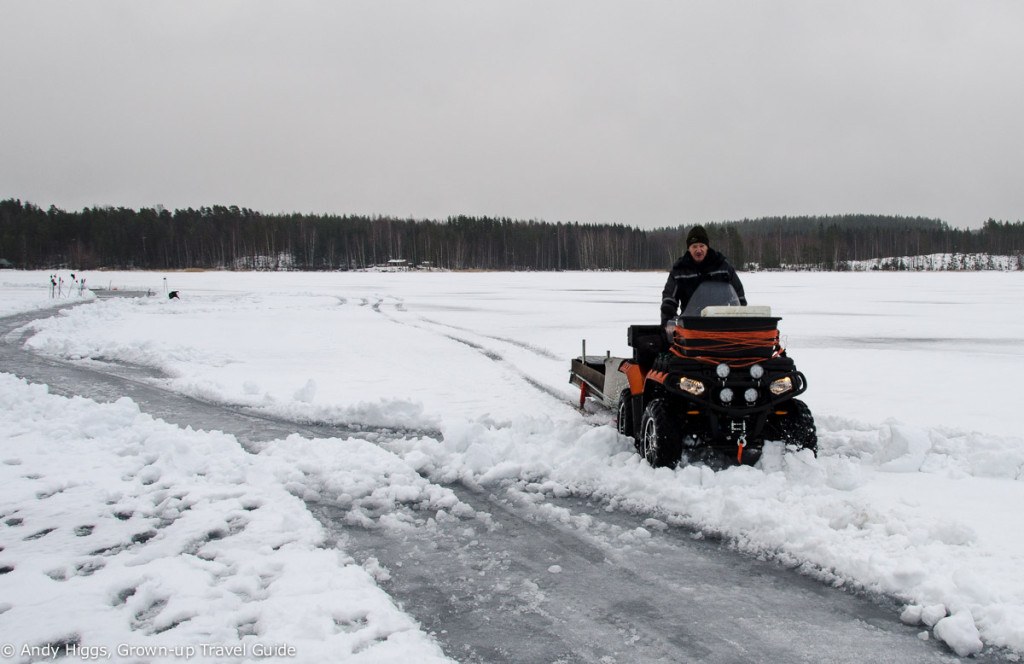 If you need to get around on a frozen lake, nothing beats a snowmobile. A 4WD is the way to go in the desert – we’ll be experiencing a ‘safari’ out in the wilderness. I can’t wait to experience the desert again after so long…

Aerial view from over the water: Mikkeli, Finland I had no problems flying the drone over Lake Saimaa in Finland to get a nice shot of the lovely place we were staying – Sahanlahti Resort. The only issue was my fingers freezing on the controls…

Aerial view from over the water: Dubai I’m not sure if I’ll be able – or willing – to try a shot from a similar angle in Dubai; but if I do it will be a bit different… 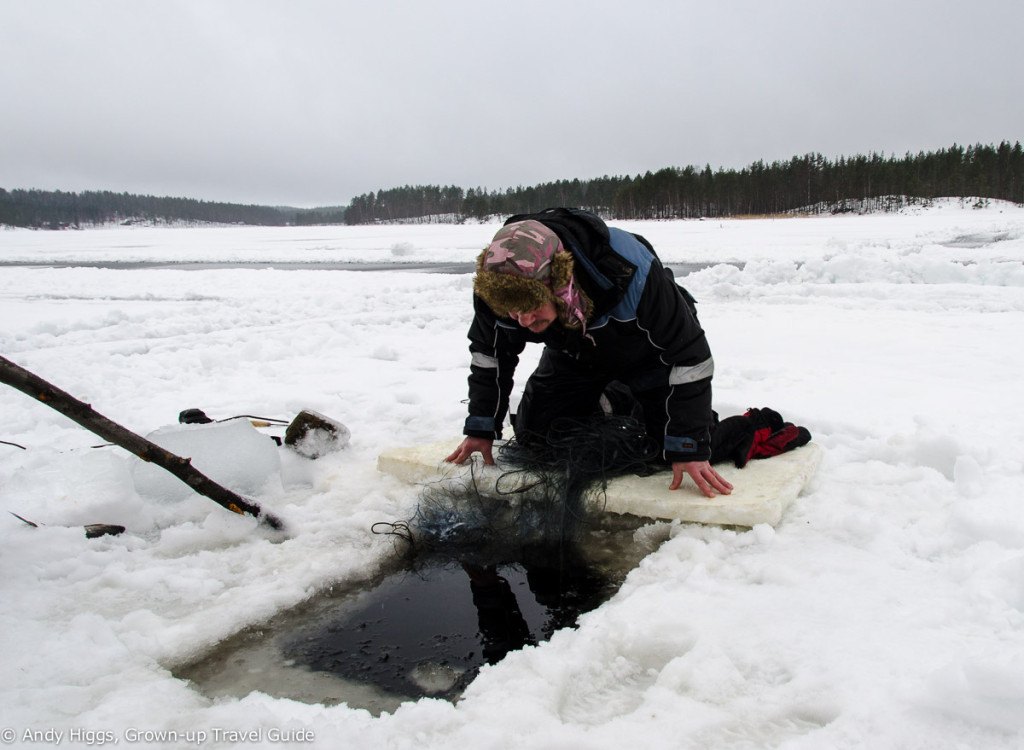 If you want to catch fish during the Finnish winter it’s fairly straightforward: cut a hole in the ice, drop your net and come back a few days later to see what you get. The haul from Lake Saimaa was impressive, as this guy is just about to find out. 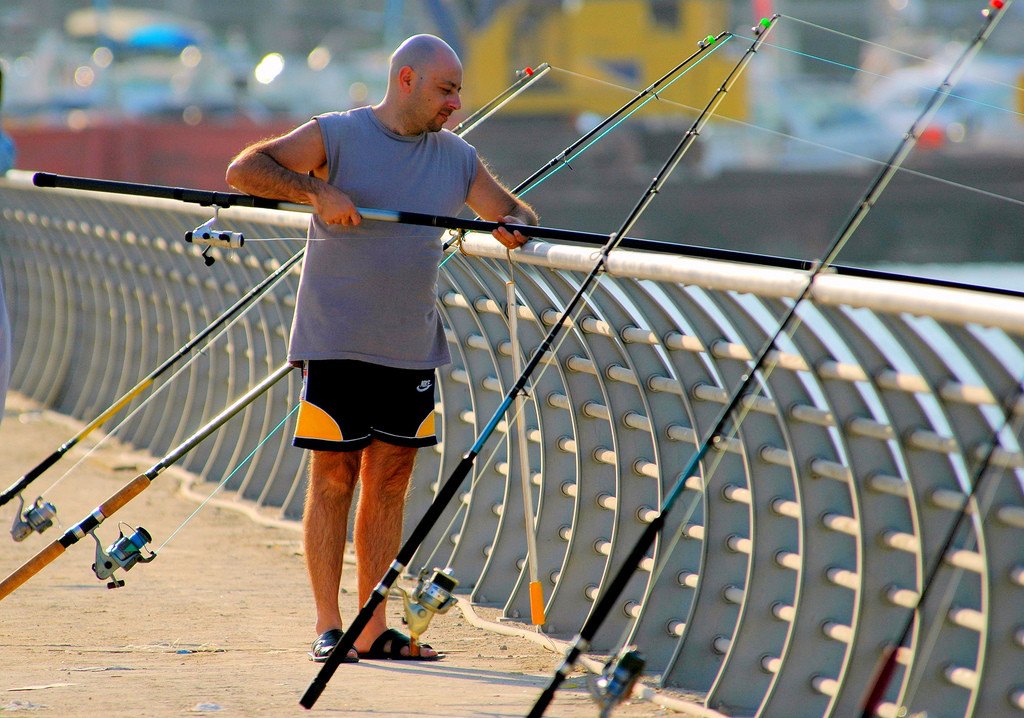 You don’t need as much time – or clothes – in Dubai. On the other hand you’ll have to wait and do the work yourself rather than return to find your bounty. On the plus side, you can work on your tan at the same time…

Have you been to Finland or Dubai? Any tips, suggestions or questions? Just use the comments box below 🙂