The incredibly unpronounceable Eyjafjallajökull volcano became notorious in 2010 by closing European airspace due to ash cloud spewing into the atmosphere. The resulting chaos caused a domino effect all over the world and put volcanoes in Iceland firmly on the world map – for the wrong reasons.

On the other hand, potential visitors have become fascinated by the amazing geology of the island nation, so it could be argued that the eruption has boosted tourism in the long term.

Nowadays people arrive at Reykjavik Airport with the sole intention of getting up close and personal with these natural phenomena.

The country is blessed (or cursed, depending on how you look at it) with around 130 volcanoes, both active and inactive examples. This is a result of the country’s geographical position on the Mid-Atlantic Ridge which also provides the geysers and hot springs for which Iceland is famous.

Eyjafjallajökull is a fairly benign volcano. You should be more worried about its neighbour, Katla. She is potentially far more dangerous and one of the largest volcanoes in Iceland. Katla has erupted 20 times in the period between 930 and 1918 and volcanologists expect another one soon.

Also, Eyjafjallajökull was not the last eruption, either.  Holuhraun blew her top in late 2014 and didn’t settle down until March of 2015. 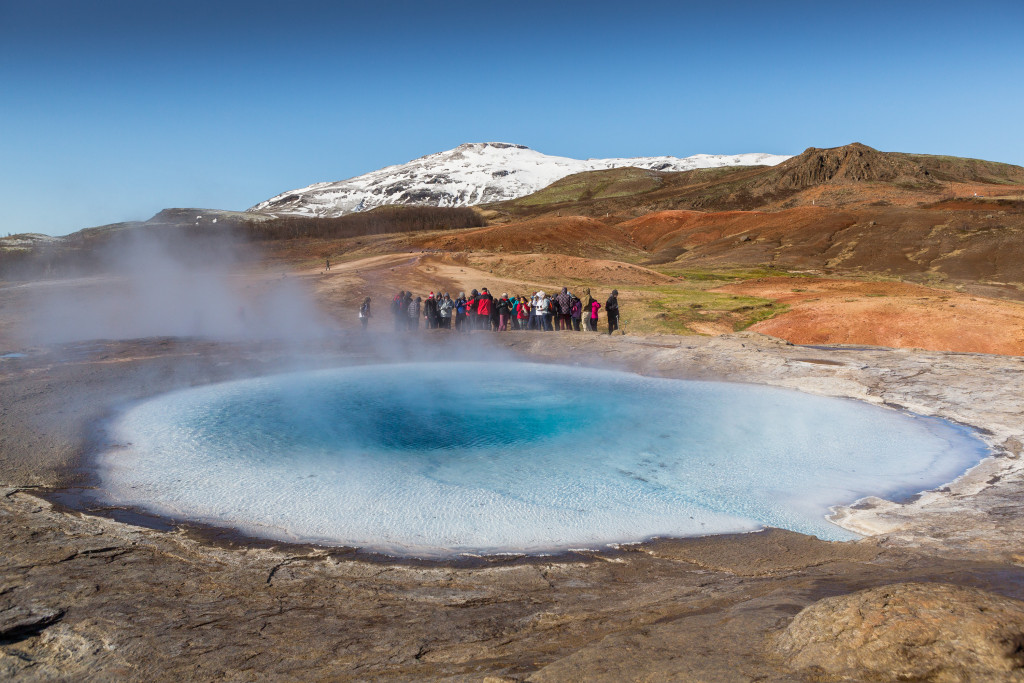 You notice I said ‘she’ and ‘her’ there? Most of Iceland’s volcanoes have female names, although it is hard for foreigners to realise this fact given the language barrier. Speaking of language, if you thought Eyjafjallajökull was a tough name to get your lips around what about Þríhnúkagígur? I have absolutely no idea how that name sounds but you should try to remember it nevertheless, as this is the only volcano you can actually go inside. Really.

You may be surprised to know that there have been no fatalities through direct contact with lava in Iceland; however many have been killed indirectly.

The worst incident in Icelandic history was Skaftáreldar in 1783-1784. On this occasion a number of volcanoes exploded in succession and wiped out almost a quarter of the population at the time . Residents dies due to changes to the climate and livestock being poisoned by gas and ash. Half the country’s livestock perished and famine ensued.

The eruptions also had a massive global effect and some estimates put the number of dead worldwide resulting from this Icelandic catastrophe at a staggering 6 million.

Grímsvötn is a system of volcanoes in south-east Iceland and the most volatile of the lot. They are located under the glacier so cannot be seen from above – but when the volcano erupts it causes major explosions and a huge cloud of ash to billow into the air.

The Lakagígar eruption in 1783 is deemed to have resulted in the largest amount of lava from a single incident in history and also killed more people than any other.

Hekla volcano in the south west of the country is one of the most famous and active volcanoes in Iceland. Locals believe that the longer Hekla stays quiet, the worse the next eruption will be. Hekla has erupted more than 20 times since Iceland was settled. One of the most destructive was in 1693. She last erupted on February 26th, 2000, but damage was minimal.

But don’t fear volcanoes in Iceland – enjoy them! You won’t find a more awesome natural spectacle and mustn’t miss out when you visit.