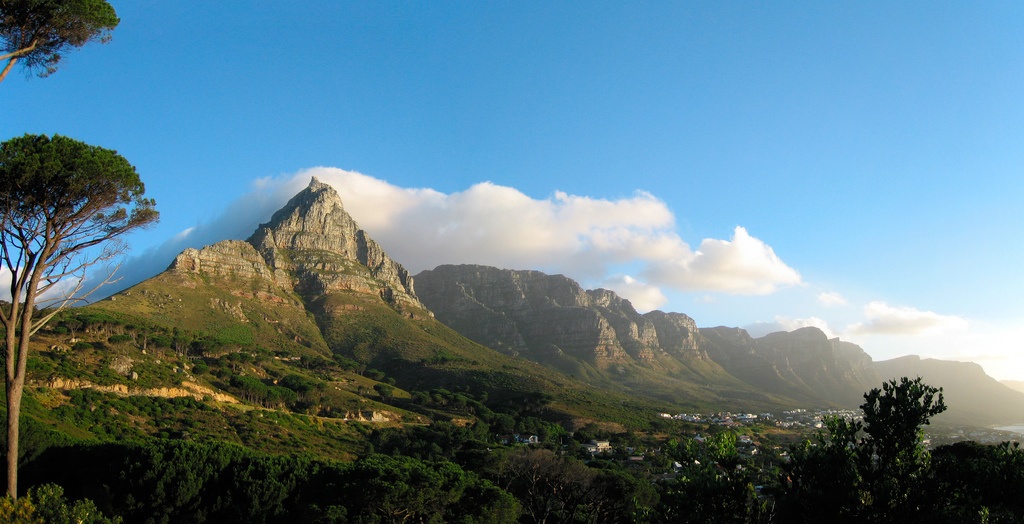 Located on the very bottom of Africa, South Africa has 2,798 kilometres of coastline that stretches along the South Atlantic and Indian oceans. Encompassing a wide range of cultures, languages and religions, this country has a rich history. The inhabitants of this great country can speak up to eleven languages, but the majority speak English and Africans.

Also home to late freedom fighter and former president, Nelson Mandela, this county also preserves his great legacy with numerous tours. Including one inspiring tour that explores the prison where he spend 27 years of his life in. To inspire your trip to South Africa, here is a list of the most beautiful landmarks you can visit.

Even though, South Africa dedicates many reserves to the preservation of wildlife, Kruger National Park is the best one to visit because it is home to Africa’s big five; the leopard, lion, buffalo, elephant and rhinoceros. With 2,000 000 hectares for the animals to roam around freely, this park is a great spot to reconnect with nature and see the best of Mother Nature.

In terms of animals, today there is a reported 27,000 count of African Buffalo roaming around. Three hundred and fifty huge rhinoceros. Five thousand giraffes. Over 1,000 leopards running around and nearly 12,000 elephants. For more information, contact Travel Associates and see when you book your holiday to see this great national park in action.

Falling within Table Mountain National Park, this point is a world heritage site. Cape Point is world famous for its violent storms and century old tales of shipwrecks. Famous explorer, Bartholomew Dias, in 1488 dubbed this reserve the ‘Cape of Storms,’ after he sailed around the Cape. He is the first known person to do so.

The Cape is also home to a magnitude of zebras and over 250 species of birds. The famous Two Oceans Restaurant is also located on the reserve, along with South Africa’s most illuminating lighthouse.

Besides Cape Point, this great city has a long list of landmarks to check out. There is Table Mountain, a huge flat rock overlooking the city. You can see the great views on a cable car that gives a rare 360 degree view to visitors. The Victoria and Albert Waterfront in the city is also a great location to visit. There is the famous Clock Tower, Time Ball Tower, a 100-year old Dragon Tree and the Robben Island Embarkment Building.

Capetown is also the second largest city in South Africa and is home to 3.5 million people. As for climate, this city’s weather is very similar to Californian and Mediterranean weather. It was also officially founded in 1652 when Jan van Riebeeck of the Dutch East India used this Cape as a halfway point for travellers sailing to the East.

3 World Heritage Sites That Will Live Long In Your Memory

Don’t be a dummkopf! Learn a foreign language for your travels