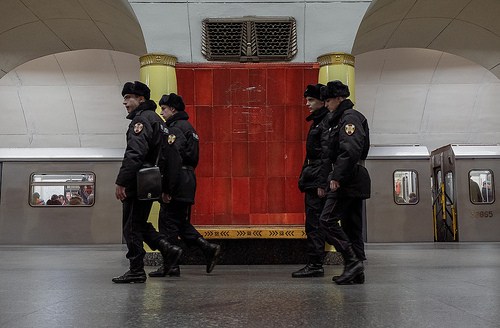 It should go without saying that having an illegal drug hobby is never good, whether you’re traveling or not, but messing with illicit substances while you’re in a foreign country is always a recipe for disaster. There are all sorts of dangers that come with the act of using illicit drugs, but aside from the effects of the drugs themselves, there’s also the risk of incarceration, robbery, and other hazards that you wouldn’t normally encounter. You can find legal alternatives and avoid the risk. Here are four specific reasons why you should stay away from any kind of illegal drugs while traveling.

Most people who are thinking about doing drugs while traveling are already drug users at home, but while you may be used to the drugs that your purchase from your neighborhood dealer, you never know what you’re going to get from a stranger in a foreign land. In countries where drugs aren’t easy to acquire, you may often run into dealers who lace their drugs with other substances to boost the effects and make up for a lack of quality or volume. You don’t want to be asking yourself “How long does a heroin high last?” when you’re supposed to be enjoying a vacation.

Aside from the health risks, there’s also the possibility of being caught by the authorities and sentenced to jail time and/or a steep fine. Unfortunately, due to harsh penalties in many countries, travelers can find themselves doing months or even years in a foreign prison simply because they were caught in possession of drugs while on vacation. In addition to incarceration, getting caught with illegal drugs in a foreign country could lead to the revocation of your traveling rights and/or visa within that country, now as well as at any point in the future.

3. The Risk of Disorientation and Confusion

Even if you don’t wind up overdosing, getting robbed by a fake dealer, or being thrown in jail, you can be fairly certain that your state of mind will be altered, usually in a very bad way. You don’t want to find yourself lost in some shady area of a town you’ve never been to before while you’re trying to sober up. Many dealers and con artists will purposefully give tourists bad drugs so that they can take advantage of them after they become disoriented.

Finally, there’s a chance that you might be tempted to try a very small dose of a new drug just to celebrate while you’re at a party or event. However, doing so could cause you to develop a liking for the drug that could turn into an addiction when you return home. A prime example of this would be how some college students try ecstasy or another party pill for the first time on vacation and then proceed to continue using it after returning home. The jury is still out on whether or not MDMA (ecstasy) is addictive, but since some of the constituents are certainly habit forming, the consensus is it’s not worth the risk.

One More for the Road – Question That Is!

Now it’s time to ask yourself another question. Is it really worth all the risks involved? When you add up everything listed above, it really doesn’t make any sense to put your whole trip, and perhaps your entire life, at stake on top of risking your safety and freedom in a foreign land.

6 of the best…things to do in Zürich

8 Reasons To Visit China (But Maybe Not Right Now!)

A city guide to Edmonton