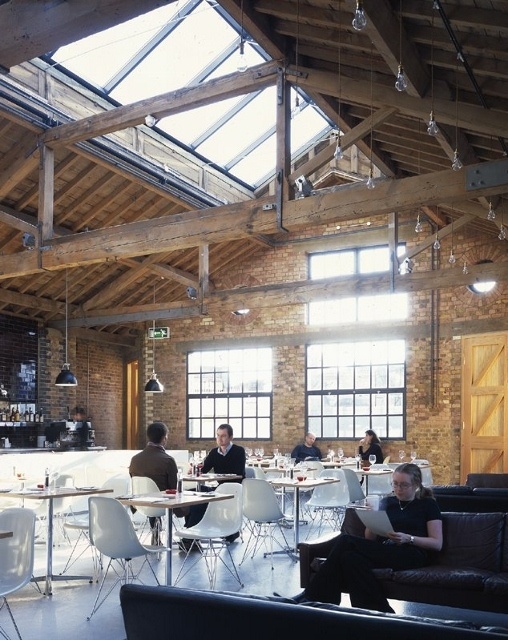 Despite reports of the huge number of pubs closing each week in the UK (which has now thankfully slowed) there are still – literally – thousands of boozers still going strong in the capital. Choosing six of them may seem like a bonkers proposition but we’re not ones to shy away from a challenge. So get online, find your flights to London, England and add some – or all – of these establishments to your itinerary. These pubs all offer something a little extra along with your pint… 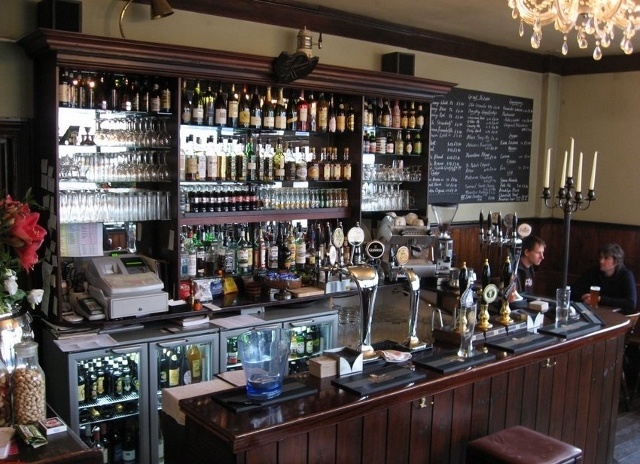 Surely every visitor to London wants to have a pint in a traditional East End boozer once run by Ronnie and Reggie Kray’s mum? I thought so. Even better, the pub in question is a friendly place with a bunch of regulars who value their local. Nowadays it’s also renowned for its selection of real ale, which can be sampled along with some quality bar food. The list of bottled beers is a truly international affair and three pumps serve up cask ales too. Well-worth stopping by for a pint in this interesting part of town. 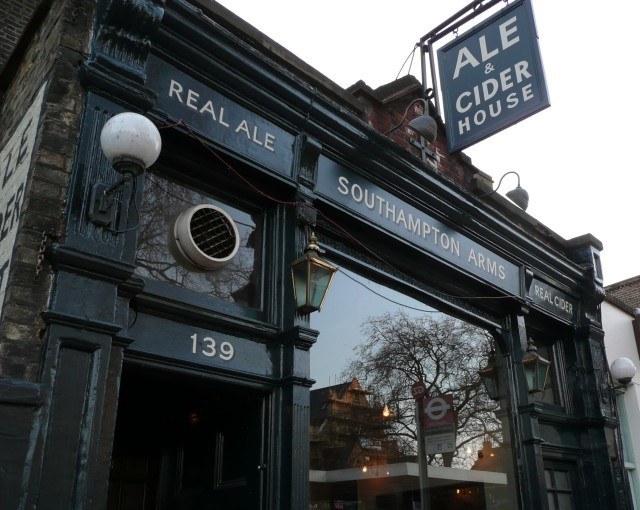 It’s pretty clear what you’re getting here from the sign on the wall outside this treasure trove, “Ale, cider, meat”. Yet the old-fashioned exterior and cramped interior (lovingly restored) belies the range of alcoholic delights on offer. The list of craft beers changes every few days with the advent of new arrivals and there are also three barrels of cider to sample. The meat in question is a great big chunk of roast pork which they’ll carve from to serve you in a bap for a few quid. The pub’s concise website is a fun read and sums up the philosophy of the place, “We don’t like big brands, we hate chain pubs and we’re sick to death of chain shops and the fact that nearly every British town centre looks exactly the same as the next. we dont have a phone and we dont take bookings, reserve seats, tables, areas or any of that caper.”

It’s also cash only (don’t use cards in pubs, please!). There’s even a tiny back garden if the weather tempts you outside. Having only opened a couple of years ago in its present form the Southampton Arms has already managed to won CAMRA’s best London pub award which it was presented with in 2011. Rarer than it should be these days, the focus here is on conversation and great beer (or cider). It’s a friendly place and you’re sure to get to know new people give the layout of the tables.

For drinking in the view – The Heights 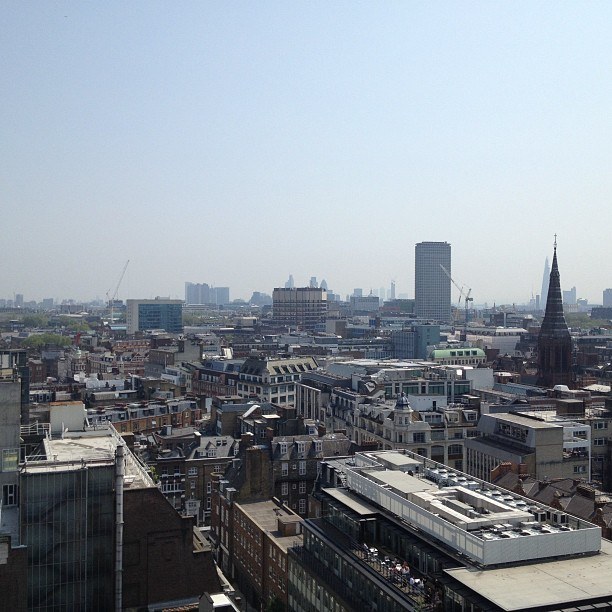 You’d walk past this hotel without giving it a second look, and probably not expect much from its bar and restaurant either. But here’s the twist – The Heights (as its name implies) is located at the top of the building and reached via a lift in the lobby of the St George’s Hotel. One of the establishments in this list that necessitated the use of ‘…and bars’ in the title, its USP is the view over of central London. Wall space is given over to huge windows to maximize the panorama and its position next door to the BBC’s Broadcasting House guarantees the appearance of a celeb or too. Okay, there’s no guarantee, but a good chance. It’s a little worn at the edges but you should savour the fact that this is what keeps it from becoming a tourist trap.

Only a few years ago you’d have to be brave to contemplate a drink in King’s Cross, but the changes in recent years have been extraordinary. The sleaze has made way for trendy bars and places to eat, and 06 St Chad’s Place is a good example. You’ll find this former Victoran warehouse and one-time mechanical workshop down a dark cobbled alleyway the likes of which you would have avoided like the plague a decade ago. Inside it’s all modern Scandinavian styled in keeping with its railway heritage. Food is as much in focus as drink – you can visit for breakfast, lunch and tapas and the establishment is open from Monday to Friday. Recommended for a glimpse of the new King’s Cross and a lesson in stylish refurbishment.

For drinking outside – The Eagle 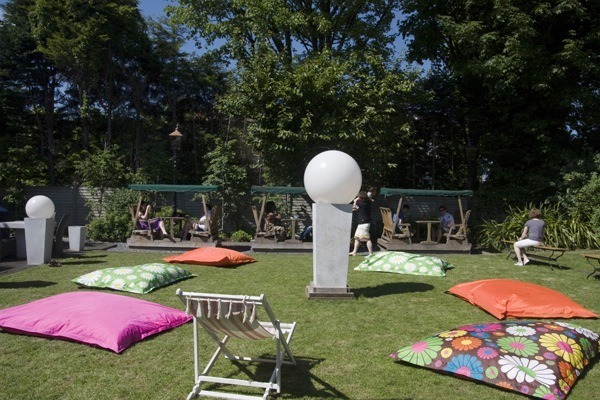 Run by the Geronimo Inn chain of pubs who specialize in creating modern, urban places with some of the traditional style and atmosphere of a country pub. It’s modern, inviting and spacious interior is decorated with books and blackboards, but it’s the large garden that’s the real draw here. Rather than simply filling the lawn with wooden benches they’ve covered it with huge flowery cushions to lounge around on and kept the grass. Greenery surrounds the beer garden too and at night the orb lights add a touch of – dare we say it – romance. Come early to bad one of the wooden couchettes at the foot of the garden and stay for dinner or a snack – the food is very good here too. 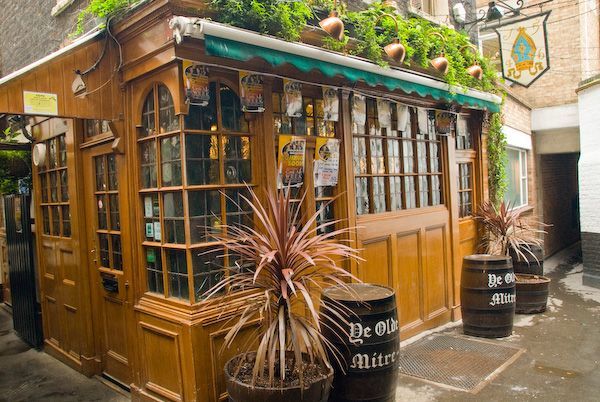 If you can find it, you’ll be met with a great selection of ales and a major dose of London history at Ye Olde Mitre Tavern. Like it says on the sign, this central London pub was built by Bishop Goodrich in 1546 and is made up of a tiny three-room bar area, an upstairs function room and an enclosed yard with tables. The pub is located in Ely Court off Hatton Gardens, which sounds simple enough but be prepared to search and ask people.  You’ll get a friendly welcome and can ask the helpful staff for some expert advice on choosing your booze. There is also a good range of wines and the pub has a reputation for its toasted sandwiches.