Berlin may not be an obvious choice for a family holiday, and parents may find that the city is a little on the fence when it comes to welcoming the little ones. Not that you’ll encounter any hostility of course – but Berliners don’t seem to take it for granted that you’ll bring the whole family to a bar or restaurant. Don’t worry about it; they’ll soon warm to the idea and most provide both seats and menus for children.

You’ll probably want to introduce them to the city by visiting the Story of Berlin exhibition; then depending on their age and interests delve into the dark side of its Nazi past and Cold War history. Many of the outdoor activities we highlighted are perfect for the nippers as are some of Berlin’s eclectic shops.

But what about something a little more unusual? Have a read through these six suggestions and let us know what you think. Located in Kreuzberg, this transport museum is way more interesting than you might expect and you could easily blow an entire day inside its walls. It’s a huge space which allows the inclusion of full-size planes, trains and airplanes. The museum is very family-friendly and well-planned; if someone gets caught short you’ll find signs telling you how far the nearest toilets are. Indeed distance are included for all the facilities which is a nice touch. There is also an outdoor area, a park and a small cafe with a decent menu of German food. 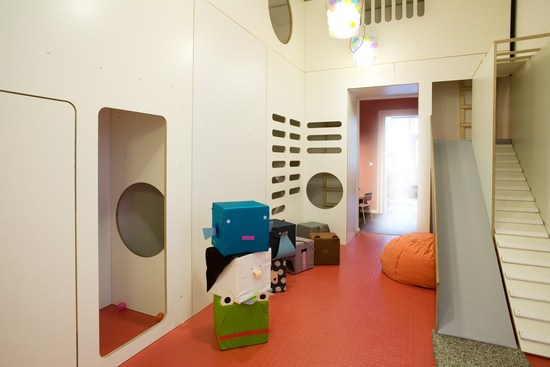 One of Berlin’s pioneering ‘kindercafes’, this is for the younger ones – aged up to 6 years old. There are two play areas here; a crawling room and the playroom. The former contains a colorful ball pool and a large area filled with soft pillows for lounging/feeding. The staff will even bring your order to you here so you don’t have to leave your child unattended. The playroom consists of a multi-storey labyrinth some 25 square metres in size. The maze is both a climbing course and a viewing platform – and a small puppet theater is built into the labyrinth where regular performances take place. Best of all, the food is excellent and all the brownies, bagels and fresh Belgian waffles are organic. Pfaueninsel (Peacock Island) is found in the south-west corner of Berlin on the Havel. You can only get there by ferry (included in the public transport network) which adds to its allure. This tiny island (just 1.5 x 0.5 kilometers) was made into a conservation area in 1924 and as you explore you’ll soon bump into a number of free-roaming peacocks. The white palace on Pfaueninsel was built by Friedrich Wilhelm II in as a place for the king to relax. Other buildings on the island include the Luise temple, the remains of Meierei Abbey and the Kavaliershaus which was used as the setting for several Edgar Wallace films of the 1960s. 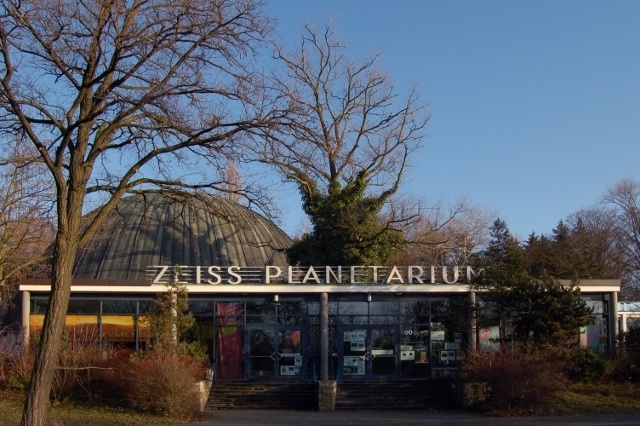 Not only a planetarium but also a public observatory, this place is well worth a trip to Insulaner hill in Berlin’s Schöneberg district. On a clear day you can view stars, moons and planets from the observatory and come rain or come shine, the planetarium provides a fabulous look at the night sky – albeit an artificial one. Opened in 1947, the Wilhelm-Foerster observatory is an astronomical centre of learning and includes both classical and modern astronomy. The building houses a refracting telescope over a hundred years old as well as a computer-controlled Zeiss reflecting telescope which is the most light-sensitive in Berlin. The Zeiss Planetarium, which opened in 1965, can display all the movements in the night sky using projectors. There are also regular organised children’s activities and music as well as laser and multimedia shows.

When you want to go fly a kite – Flying Colors Being essentially flat as a pancake and often buffeted by strong winds, Berlin is an ideal place to fly kites. If you failed to have the presence of mind to bring your own in your suitcase then hop on the U-Bahn and head for this kite shop for kids of all ages. The selection here is extensive and there’s something to suit the tastes of even the most demanding child – whether in terms of colour, material or ease of use. Then take your newly-purchased kite to Tempelhof to try it out on the old airfield runway – or even better, go up to Teufelsberg which is probably the best place in Berlin for kiting and an attraction in itself. 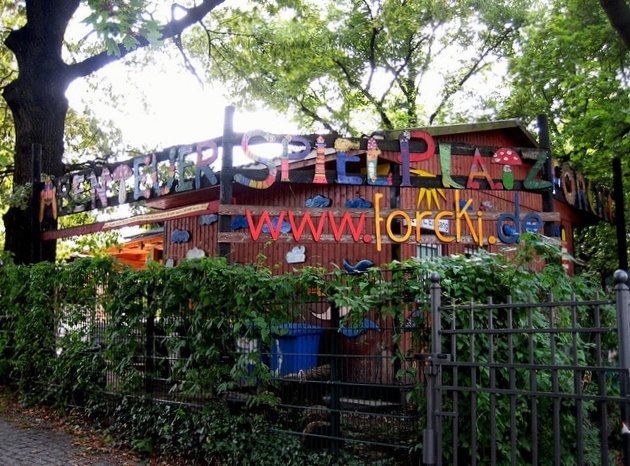 If you just can’t seem to wear them out (or your kids are fired up on all the goodies they’ve been treated to at the ‘kindercafe’), your best bet is to visit Friedrichshain and more specifically this adventure park called Forcki (don’t say it too fast if you want to avoid misinterpretation). Kids get to go nuts in and around the paddling pool among giant turtles, crocodiles and elephants spouting water. There are big sandpits to play in, swings and slides, a rope bridge, tree house and a small-scale climbing wall. Forcki is some 4000 square metres in size so there are no restrictions on ball games and skateboarding here. Designed for kids between the ages of 6 and 14 the park is popular for neighbourhood groups who organise participatory projects like cooking, dancing and playing computer games.