Athens is still slowly recovering from the Greek economic crisis – which is not yet over – but remains a fascinating and exciting place to visit. It is also a bargain – you can find some excellent deals on hotels in Athens. As well as the plethora of must-see cultural and historical sights, the city rewards those willing to seek out something different. Here are five different ways to see a different side of Greece’s capital: 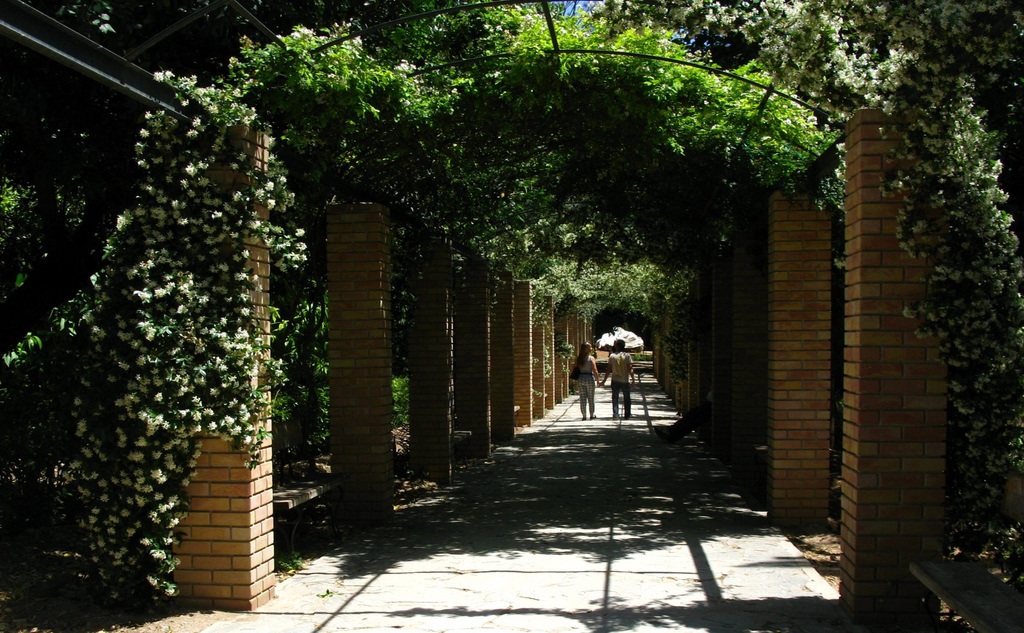 This beautiful park in the centre of town is hardly hidden from tourists, yet few take the time to come here. That’s a great shame, as it is perhaps the perfect urban oasis. With 15.5 hectares of green space with a Botanical Museum, cafe, playground, duck pond and a small zoo. Henry Miller called it the “quintessence of a park” back in 1939 and this still holds true today. Located behind the Greek Parliament building, the National Gardens also encompasses some ancient ruins and a number of busts of Greek notes, musicians and other historical figures. You can enjoy the park from sunrise to sunset

For cool jazz and soul on a warm night – Drunk Sinatra

Athenians love jazz and soul music, and Drunk Sinatra (nice name!) is a 1960s styled bar and bistro that became the place to enjoy smooth sounds ever since it opened. Enjoy a cocktail from the extensive menu or come here for breakfast, lunch or dinner – it’s open from 10am until 5am. Frank keeps an eye on the action (well, there’s a huge photo of the man himself towering over the place) and the establishment has a cozy, laid-back feel. Especially popular on summer evening and at the weekend, it’s not uncommon for the fun to spill out into the pedestrian street.

Visit the museum during the day, dance the night away – or both – at Technopolis

The enormous Gazi Factory closed in 1984 after operating for over 100 years but lives again as Technopolis. Sprawling over 30,000 m2, during the day Technopolis is one of the most interesting industrial museums in Europe. Learn what working conditions were like and the pioneering processes employed in the 19th century. The past is clearly visible in the funnels, gasholders, chimney stacks and furnaces of the old natural gas processing plant, but this is an event and art space too. For most locals Technopolis is most renowned as the place to check out for concerts, DJ sets and exhibitions.

Starbucks hasn’t managed to persuade Greeks with its overpriced ‘coffee’, but it’s true that younger Athenians are more keen on the fancier varieties than the traditionally prepared Greek sort. It was originally called Turkish coffee but the name changed for political reasons; it is the same as that quaffed by its neighbours. To get your fix make for the lovely neighbourhood of Plaza, which has plenty of cafes with a view of the Acropolis. Glykys is the pick of the bunch and serves the real deal as well as frappes, espressos and cappuccinos. They also serve food and of course Ouzo…

Walk on the wild side in Exarcheia

This may not be for everybody but to see the real side of modern Athens you should head for Exarcheia, between the University of Athens and the Politechnion. This was the centre of the anti-government/anti-austerity demonstrations and riots at the peak of the Greek financial crisis, and while things have calmed down considerably since it is still the home of Athens counter-culture. As well as anarchists and students, Greek families and immigrants live here too and it’s a colourful part of town – keep an open mind and an eye on your surroundings and you’ll love it – there are also some great bookstores, record and music shops in Exarcheia too.

4 Maldives Resorts Just for You