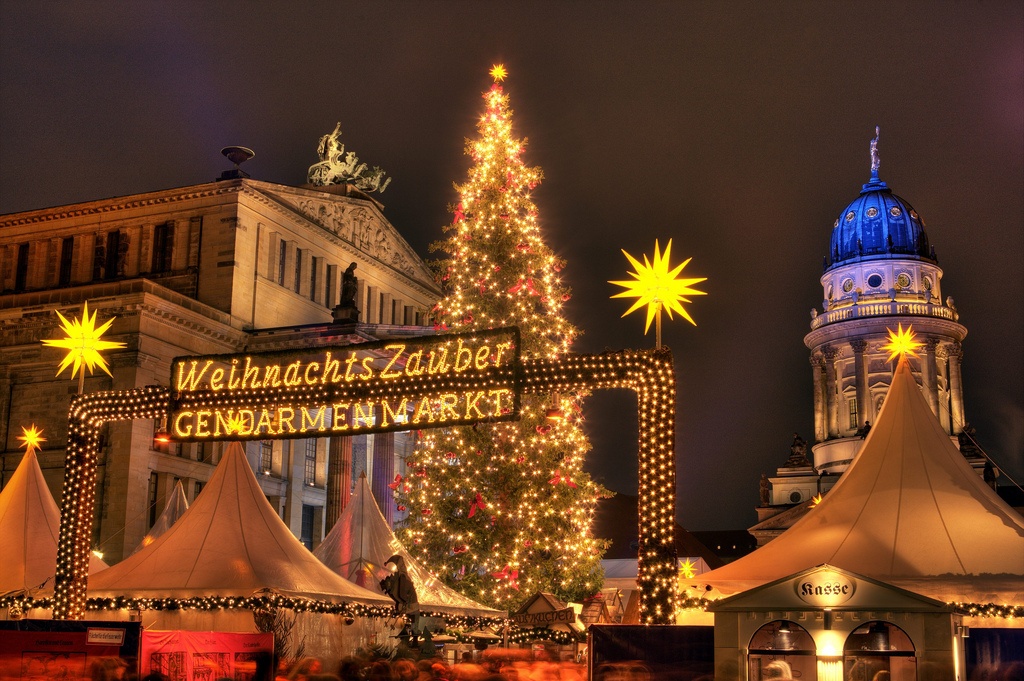 I know it may seem hard to believe and that being in denial is actually a sensible option, but Christmas is a-coming.

Blimey, where did that year go?

Quite. Just as predictably, we will again be publishing our annual guide to the best of the Christmas markets and I think we can be forgiven for starting a little earlier than last year. Let’s face it, you need time to plan a trip and this way we will hopefully be finished providing the information before the markets are over…we ran it a little close in 2013 and 2014.

Sorry, my memory is rather hazy. Anyway as has become tradition at Grown-up Travel Guide towers, we kick things off with the German capital. What it lacks in small-town charm it more than makes up for in variety – and in fact when visiting the market in Spandau it doesn’t feel like you are in a huge city either. The same is not quite true for its more central siblings but the ones we list here all have a certain unique quality that make them well worth seeking out.

With so many other reasons to visit Berlin the Juletide markets are a wonderful bonus – indeed the icing on the Christmas cake. I’m sorry, I couldn’t  help myself…

Oh jeez…okay get on with it then

Note that some of the markets now charge an entry fee and it is a good idea to buy tickets online – we’ve provided information where this is the case.

Berlin, Germany – 60 Christmas markets to choose from, but these are the best

You can’t fault the setting – with two cathedrals and a concert hall as a backdrop the already appealing Gendarmenmarkt ups the stakes come late November. With 60,000 visitors each year it does get very busy, which may explain the introduction of the 1 EUR entry fee and ticketing although this is only for the stage programme – it is free until 1400 each day. Whether numbers will be controlled by people being turned away if it reaches capacity remains to be seen, but we would definitely suggest you book online to avoid disappointment.

It’s rather an upmarket affair, this one – you can buy wares from stonemasons,woodcarvers, glassblowers and candle makers. Jewellery and embroidery are also popular here. A variety of performers entertain from the stage and haute cuisine from Michelin-starred chefs can be sampled in heated tents – a good way to keep warm if the Berlin winter bites.

We’ve always had a soft spot for this one as it was the first Berlin market we experienced back in the 1990s and it’s going stronger than ever. The scent of waffles, cocoa and gluhwein fills the air around Breitscheidplatz in the heart of City West between Kurfürstendamm and the Zoo. Visitors browse the stalls and come to see the 20m high tree by the historical church known locally as the ‘broken tooth’ due to its damaged tower. There’s something for everyone here but we particularly recommend the traditional Christmas decorations and ornaments, often made of wood which are especially appealing to those visitors more used to the tacky plastic kind sold elsewhere. You’ll be able to fill up on Bratwurst and all in all will regain some of the magic of Christmas that you thought was gone forever (or didn’t exist at all). 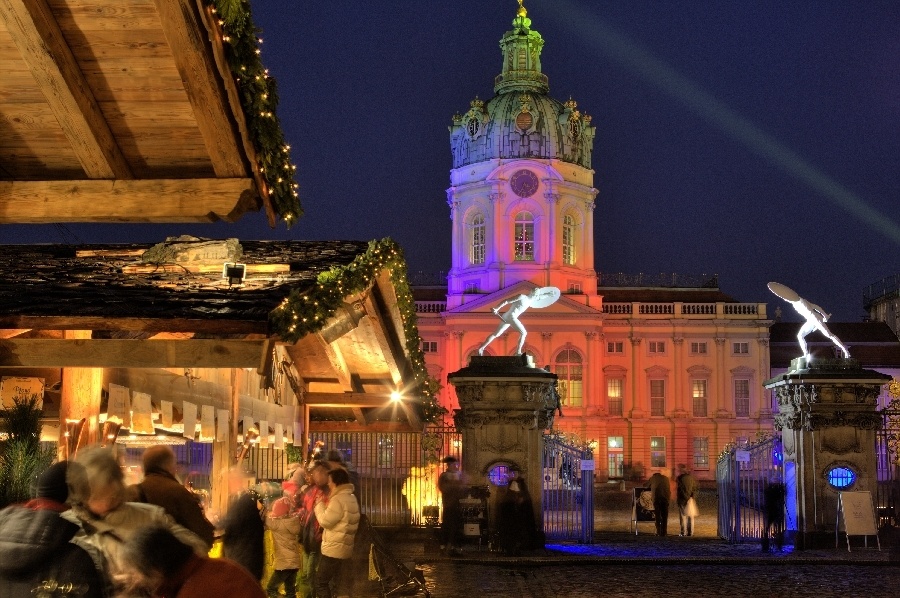 The splendid Charlottenburg castle provides a fantastic backdrop for one of the most famous and extensive Christmas markets in the German capital. The castle and its park are beautifully lit and a pyramid is constructed in front of the main entrance.

The grounds become home to around 150 vendors from all over Germany as well as abroad offering carefully selected arts and crafts and traditional handicrafts. The more usual market stalls are replaced by wooden cabins and heated marquees.

There is an environmentally-friendly angle too with only natural materials used for decoration and waste-reducing refuse systems for all food stands. Professional musicians entertain with everything from classical baroque music to accordion-players and a traditional Berlin barrel-organ. Christmas carols are sung every day by both amateur and professional choirs and the Winterwald (winter forest) offers attractions for the children including an air swing, nostalgic carousel and mini railway.

Continuing the eco theme, this being Berlin why not go the whole hog and visit the Environmental and Christmas Market on Kollwitzplatz “sensible and beautiful” gifts and takes place on all four Advent sundays. The market promises a wide range of attractive, unusual and environmentally-friendly products to put under (or on) the Christmas tree. You’ll find crafts, toys, textiles and food. It is also an opportunity for major environmental organisations to present their projects. Best of all, if they maintain the tradition of previous years (the location has changed a few times) you’ll find that at the Environmental and Christmas Market, Santa Claus is green too, rather than red…

The little ones can enjoy pony rides while the large ones fill themselves with crepes, spelt (of course!) waffles and mulled wine.

Market of the Continents

Strange though it might seem, some things do sound better in German, and the name of this Christmas maarket is one of them. Ignore the slightly awkward English translation and head to the Dahlem museums to travel the world in eight days. There will be handicrafts from all over the globe so pick up a unique gift or five from India, Africa, Latin America, Asia or even closer to home in Europe.

Buying goods here helps to support projects in the respective countries so you can do some good too. There will be world music in the true sense of the word and you can take part in workshops and music lessons. There will be plenty of fun for the children too and each weekend in Advent focuses on a particular area:

Tickets cost EUR 8 and include admission to the Dahlem museums, their exhibitions including all concerts, workshops, guided tours. 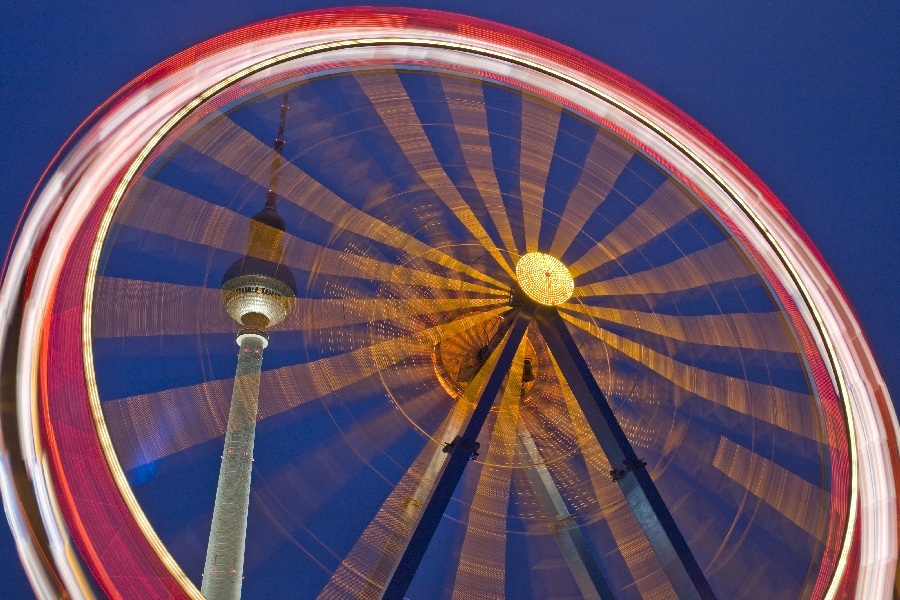 Nestled in an enviable location between the Marienkirche and the Rotes Rathaus behind Alexanderplatz you’ll find the Berliner Weihnachtzeit. This market aims to conjure up the atmosphere of old Berlin with its wooden huts on the cobbled streets and traditional attractions. Try the hot mead with your freshly baked bread to the music from the barrel organ before having a look at the life-size nativity scene at the church.

With a mulled wine for courage it’s time to take to the huge ice rink (skates can be hired for EUR 4) before resting your tired legs during a ride on the Ferris wheel. You’ll have a great view of the Brandenburg Gate and Potsdamer Platz from your gondola and afterwards Santa awaits…

There’s lots more family fun here too with a petting zoo and a train journey through a mystical forest.

Right next door, Alexanderplatz is transformed into a huge Christmas market with glassblowers, potters and blacksmiths showing off their skills and doing a roaring trade in gifts under the TV tower.

At the heart of the market is Europe’s largest Christmas pyramid with more than 5,000 lights – it’s quite a spectacle. The ground floor of the pyramid offers food and drink, the first floor a viewing deck over the market and a brass band is in residence on the second floor. Check out the decoration at the top of the pyramid too – you may not have seen anything like this before.

Berlin’s biggest Christmas market has been taking place for over 40 years. It takes place in Altstadt Spandau (Spandau Old Town) every day during Advent. Here you will find the largest continuous pedestrian zone in Berlin with 250 stands during the week and as many as 400 at weekends. There are also a variety of stage shows (including a Christmas rock concert on Fridays from 6 pm – in my experience this is not for the faint-hearted so be warned…) Almost certainly far worse is Christmas karaoke on two of the Saturdays, so here planning might be advisable 🙂

Highlights include the St. Nikolai Christmas Garden, a Christmas crib with living animals on Reformationsplatz and crafts and design at the historic crafts market on Reformationsplatz. Somewhat creepily this is also the location for a medieval plague procession every Wednesday. There is a special area for children and families around the St. Nikolai church. Prices are advertised as ‘family-friendly’ too.

Full details of opening times and locations for all of Berlin’s Christmas markets can be downloaded here.

Have you been to any of these markets in the German capital? Did we miss your favourite? Let us know with a comment below!