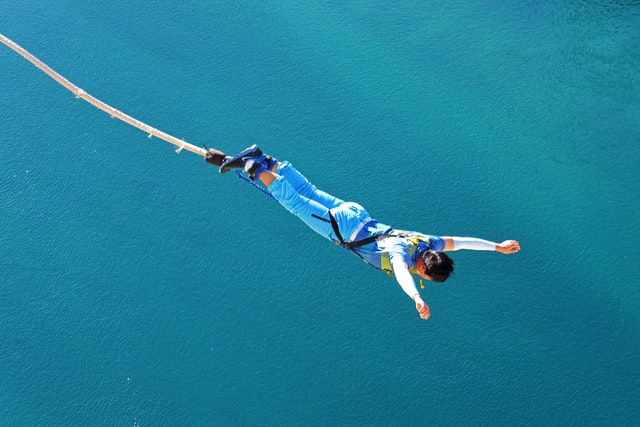 Adventure sports challenge you to confront your fears and push your limits. People are drawn to adventure sports for various reasons, including the adrenaline rush, independence, fitness, and a sense of accomplishment.

Most people love to do the top extreme activities like canyoning, diving, motocross, mountain biking, camping, and bungee jumping. However, if you’re a beginner in adventure sports yet find the latter the most exciting, go over Next Vacay Reviews’ most visited bungee jumping locations you can visit soon.

Nevis Highwire invites you to stand on a platform and prepare to free-fall 440 feet above the Nevis River valley. Jumping off from this bungee will send adrenaline rushing through your veins. The suspension bridge has a glass floor, allowing you to see your companion execute daring moves.

You will receive a t-shirt and a certificate after jumping. If you like, you can buy photos and videos of your fall. To get there, you can take the Bungy Bus from the Queenstown Bungy Centre on the corner of Shotover and Camp Street.

The Nevis Bungy is worth NZD $275.00, but if you want to encounter other thrilling activities, you can experience Thrillogy that includes bungee, swing & catapult. Its retail price is NZD $750.00.

One of Nepal’s most spectacular adventure sports is bungee jumping from 160 meters over the Bhote Koshi River in the eastern part of the country, close to the Tibet border.

The Bungy Bridge is Nepal’s first privately owned bridge. It features a 4x safety factor for bungy jumping and a 41,500 kg or 4.5 tons loading factor per Swiss specifications.

In addition to the bungee jump, you can have a bus ride to the site as well as meals. You will begin your journey in Kathmandu and travel down the Araniko Highway within 12 kilometers of the Tibetan border and Friendship Bridge. Soon, you’ll arrive at The Last Resort, located on a 160-meter-wide steel suspension bridge above the Bhote Koshi River.

The bungee jump, trip from Kathmandu, and lunch are all included in this one-day package deal. The fee varies depending on whether you are a Nepalese, a SAARC traveler, or someone from a foreign country.

The Verzasca Dam bungee jump is among the most iconic bungee jump sites in the world, not only because of the height and scenery but also because it appears in the opening sequence of the James Bond film “Goldeneye”!

Bond’s jump from the Verzasca dam is regarded as the most incredible stunt in film history. Soon after GoldenEye was released, the dam owners began leasing access to the dam to a commercial bungee jump operator. As a result, according to the operator, over 10,000 individuals have jumped 220 meters from the dam.

The Contra Dam is accessible through a two-kilometer stretch of road from Gordola. The jumping spot is located in the middle of the dam wall. Securing a reservation is essential if you want to do the 007 Jump or the GoldenEye Bungee Jump.

The guide cables system safeguards you from crashing with the tower and allows you to bungee jump in almost any weather. Night Bungy is also available from 6 pm in the winter and 7:30 pm in the summer. Macau Tower is located in the city so to get there, you can either take the bus or a cab.

The bungee jumping and skywalk cost INR 2,46,327, including a certificate, tower ticket, t-shirt, and membership card. Macau Bungee Jump is worth it because it will be one of the most thrilling adventures you will ever have, and it will leave you with lasting memories.

The Rio Grande Bridge, one of the tallest bridges in the United States and the highest bungee jump, rises 600 feet above the Rio Grande river gorge. The panorama is beautiful, even though it is scary to stand from the observation point, 10 miles northwest of Taos.

Although there is no permanent bungee platform on the Rio Grande Bridge, commonly known as the Gorge Bridge, a few touring bungee operators provide a limited number of dates to offer this sport.

Typically, bungee jumping from the Rio Grande bridge is only offered once a year during the fall season. It costs $400-$500 per person to jump.

Guests are allowed to enter in groups since the glass bridge can only hold 600 people at a time. When purchasing a ticket, the entry time is specified. Only bookings made with a Chinese identity card number are accepted. You should book through a tour operator if you are a foreign tourist.

Because we’ve been under quarantine for so long that it’s had a negative impact on our mental health, it’s now time to let go of the negative feelings with a daring bungee jump in one of these popular destinations.

Winter Wonderland: Is Colorado The Best Place On Earth?

A Guide to Sri Lanka: The Beach Lover’s Paradise

Not to be missed – what to see and do in Dubai, United Arab Emirates