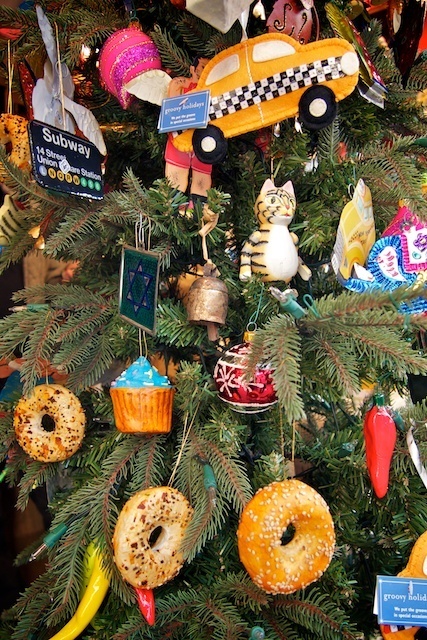 Before you go on it seems rude not to point our that here on Grown-up Travel Guide we’ve now updated our articles on the best Christmas markets in Berlin, Paris and Stockholm. But now it’s time for something completely different. Well, not really – but a new addition to the list last year at least. After focusing on Europe for the last couple of years it’s time to mix it up American style; and where better than the Big Apple?

It has to be said that nobody does the over-commercialisation of Christmas like our American cousins – I mean they already had the decorations up in several places when we were in New York at the beginning of November. But away from the malls and department stores there are some festive markets to put you in the Christmas spirit. They start far too early in the year and are of course aimed at selling you stuff, but the latter holds true for all the ‘quaint’ European ones too…

New York, USA – Christmas shopping is fun here too, even if they do insist on calling it “the holidays” 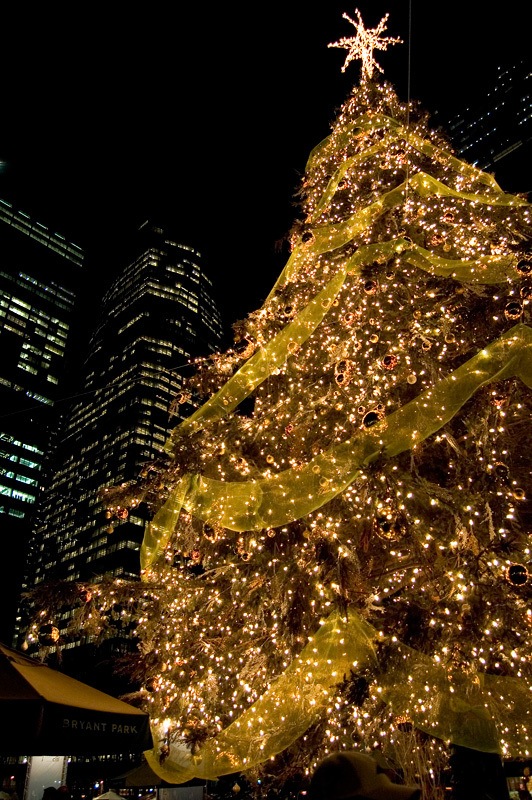 The Holiday Shops at Bryant Park

See, I told you, right? They don’t call any of these Christmas Markets but we’re going to. Bryant Park is home to perhaps the best of the bunch and the closest in terms of atmosphere to the ones we’ve been covering in Europe. With an ice rink at its centre surrounded by over 100 booths selling an eclectic range of products from the US and beyond and skyscrapers towering all around, Bryant Park is a mecca for gift-hunters. If you so desire you can also show off your karaoke skills to your mates inside a large freezer, while testing a winter jacket. You can then warm up with a hot chocolate and snack on a similarly varied selection of food – or perhaps skip the karaoke part.  while taking a break from all that browsing. 2014 is the 11th anniversary of the ‘Winter Village’ and it’s more popular than ever. If you need more convincing, maybe this rather rough video clip taken at the beginning of November last year will help?

I’m sure that did the trick.

The New York winter a little chilly for you? Fear not, you can stay warm inside one of the city’s greatest buildings and do your Christmas shopping at the same time. Vanderbilt Hall in the magnificent Grand Central Terminal is home to the Holiday Fair. Ending it’s centenary year with a festive bang, the Terminal hosts 76 vendors selling arts and crafts, clothing and jewellery, home decor, gifts and much more. 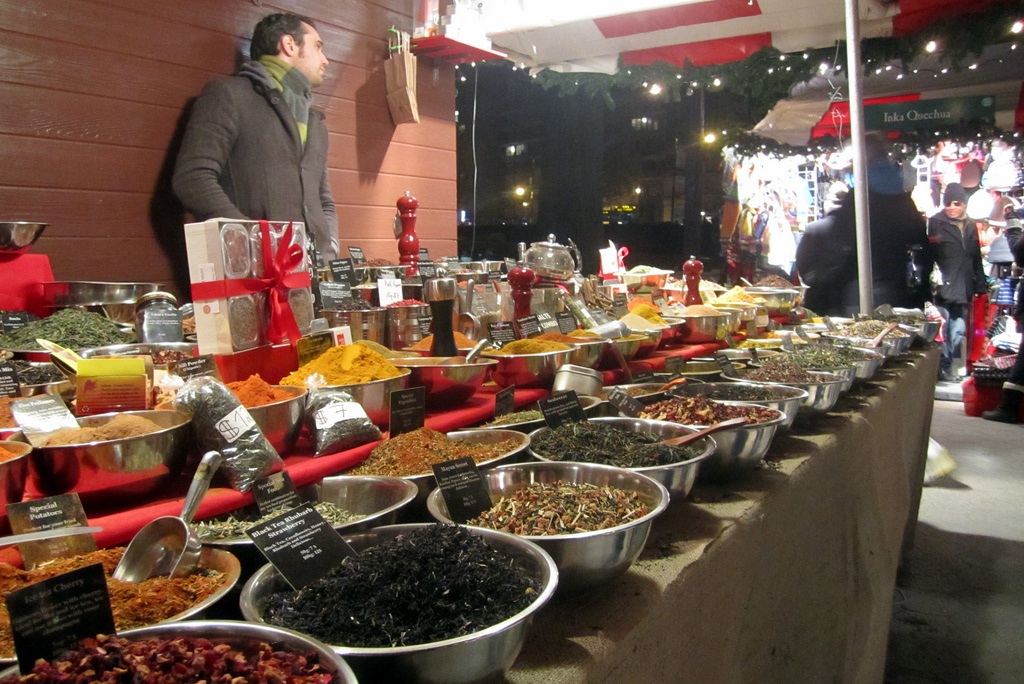 Just a brisk walk from Central Park is another city-centre Christmas market. Food is perhaps the biggest draw here as there are dozens of local vendors competing for your dollars – don’t miss the pretzels! Having sated your appetite and quenched your thirst you’ll be ready to browse the stalls where you’ll find more food items – gingerbread, chocolates, French truffles…oh and gifts too of course. You can pick up some lovely handmade crafts including wooden train sets and items for the home you’ll (probably) not find on Amazon.

Another favourite for Christmas shoppers in New York, the Unions Square Holiday Market located in and around, er, Union Square is great for more unusual gifts. The place to find something for the ‘difficult’ person to buy for; such as handmade toys, clothes, leather goods, ornaments, jewellery and artworks. It’s a big event too, with over 150 vendors from near and far.

The best Christmas markets in Paris