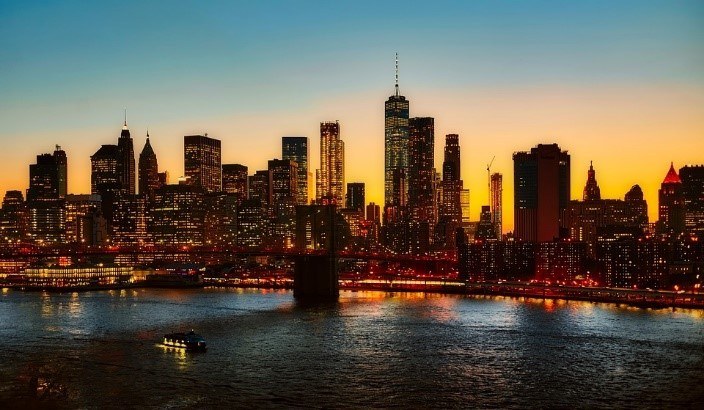 New York is known as the financial hub of the world. It is also one of the busiest cities in the world where everyone seems to have something urgent to do and there is no idling as those bills will not pay themselves. You have everything a city can have. The skyscrapers will definitely be a site to behold and the entertainment world is vibrant in New York. In fact, the phrase “if you can make it here, you can make it anywhere” is not a mere statement.

New York is also known for its physical attractions, New York has the best sights to see among the biggest cities in the world over. It is packed with museums and with a variety of monuments and artifacts to display. Whatever art or science that you are into, there is a museum in New York to quench your thirst. I have sampled a list of Museums so you can rent a hertz car in New York in no specific order (it was not easy since there are many good museums). Simply known as “The Met”, the Metropolitan Museum of Art is the largest museum in America and the third most visited museum in the world. The museum has a large collection of art from medieval Europe, ancient Egypt, Classical Africa and Asia. It was opened in 1890 for purposes of giving Americans information about the rich history of ancient world and American history. With over 2 million works in display, there is a lot to see. It is also divided into sections for easier viewing. This is a must visit museum when you get to New York.

The American Museum of Natural history is another marvelous museum you have to visit when you are in New York. With a vast collection of displays about ancient human culture, human remains, plants, meteorites, fossils and rocks, the museum has over 33 million specimens to be observed. If you are an ardent lover of nature and you are looking forward to increasing your knowledge, this is the museum to visit.

Located in the New York borough of Brooklyn, the Brooklyn museum is one of the largest museums in the world. With a collection of around 1.5 million works, there is a lot to see when you visit this museum. It is well stocked with Ancient Egyptian and African art. It also houses paintings, sculptures and decorative arts. If you are an art enthusiast, this is a must visit museum. Developed entirely from a single person’s art collection, the Frick Collection Museum is one of the best art collections in the world. It is located the Upper East Side, Manhattan and contains ancient art pieces which were collected by Henry Frick. It has been in existence for over a century and it is worth your time. It contains art master paintings and fine classical furniture. These include 18-century French furniture, oriental rugs and Limoges enamel. Another art museum makes this list in the name of the Jewish Museum. The museum contains the largest collection of Jewish artifacts some of which a thousands of years old. It was opened to the public in 1947 and The Jewish Theological Seminary of America is the main contributor of the artifacts. Thousands of visitors visit this museum every year to get a glimpse of ancient and modern culture.

Popularly known as MoMA, the Museum of Modern Art is filled with collections that feature modern art. It has more than 300,000 books, 1,000 periodical articles and over 40,000 files of ephemera about individual groups and artists. It has held modern competitions since its inception and you should plan on going for one soon.

The Whitney Museum of American art has been around for more than 80 years and it focuses on art from the 20th and the 21st century. It was founded in 1931 by classic American socialite Gertrude Vanderbilt Whitney after which it is named and has a large collection of paintings, sculptures, drawings, prints, photographs and films. It is located in Lower Manhattan and it is open for the public throughout the week.