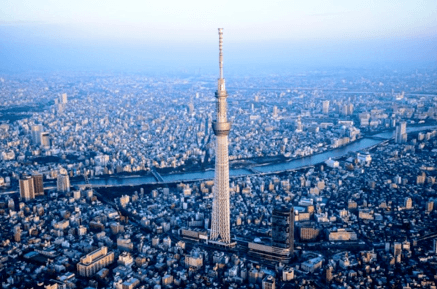 Tokyo is no stranger to you. In recent years, as travel abroad has become more and more common, many people are looking here. The similarity of culture and the difference in style can really make people yearn for it. Many people who have visited Tokyo will be impressed by the place. The forest of tall buildings, the clean streets, the crowded yet quiet subways, the smiles, the bows …… dotted with seemingly ordinary yet unforgettable things! Many people are sighing at the high level of civilization in this city, being impressed by its first-class service consciousness and service attitude. Do you still remember the phrase “おもてなし(omotenashi)” spoken by the famous announcer Takigawa during the final speech of Tokyo’s application for the 2020 Olympics in 2013? It’s true that the heart will make us feel a little different in the familiar environment.

Today, we invite you to join us in our search for new discoveries in the familiar Tokyo and discover the new charm of Tokyo. Don’t forget to visit Visa Express to get your travel visa to Japan.

Before we leave, let’s get to know the bus company that will take us there!

Have you heard of “Hado Bus”? It may be a bit unfamiliar, but if you’ve ever walked the streets of Tokyo, you’ve definitely seen this yellow-colored bus, either intentionally or unintentionally. 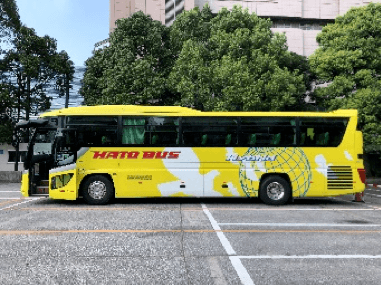 This is the “Hado Bus”. It is a well-known bus tour company in Japan. With such a striking color, it is hard to ignore. But it’s not the color of the bus that makes it a household name, it’s the quality of the trips.

The Hado Bus has been operating safely for 70 years now, and with the simple aim of making sure that every customer can arrive safely, it travels through the streets of Tokyo every day, looking for different discoveries in the familiar Tokyo.

The beauty of bus sightseeing is that it saves time, energy and worry. There are several factors that need to be met in order to achieve this: the bus, the people (guide), and the content (itinerary). Let’s take a closer look at Hado Bus and buy some peace of mind for our trip.

“Hado Bus has a wide variety of buses, all of which are custom-made. The buses are equipped with free Wi-Fi and charging outlets, bringing you the highest level of comfort and safety.

Asakusa Temple is one of the oldest temples in Tokyo. It is the oldest temple in Tokyo. According to the legend ……, about 1400 years ago, two fishermen fished for a 5.5 cm high gold statue of Kannon and thought it was a “Kannon manifestation”, so people in the neighborhood raised money to build a temple to worship this gold Buddha, and this is the origin of Asakusa Temple. This is the origin of Asakusa Temple. It’s a long story, so if you want to know more, ask your guide. You can listen to the story of Asakusa, see the famous buildings and historical sites in Asakusa, and enjoy the Edo atmosphere while browsing the unique stores. A different mood will definitely bring a different experience. 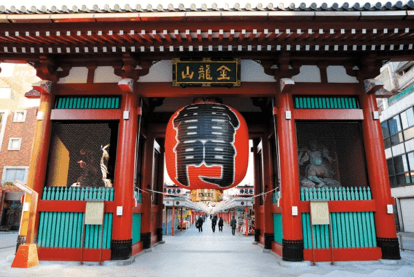 Also known as Tokyo Skytree, the Skytree was certified as the world’s tallest tower by Guinness World Records on November 17, 2011, making it the tallest self-supporting radio tower in the world and currently the second tallest building in the world, after Burj Khalifa in Dubai. The purpose of the tower was to reduce the obstruction to the transmission of radio waves caused by the high buildings in downtown Tokyo. Today, the TOKYO SKYTREE is more than just an observation deck; it has become a large commercial complex with shopping, dining, and entertainment, and is visited by a large number of people.

Are you hungry after a long stroll ……?

Well, let’s pause the chase and try the food at Hilton Hotel with us.

For lunch, we chose SEASCAPE restaurant at Hilton Hotel in Odaiba. The restaurant offers a wide variety of buffet style dishes with the concept of “fresh”, “pleasing”, “healthy” and “energetic”. A wide range of buffet style food. Especially the desserts are not to be missed! 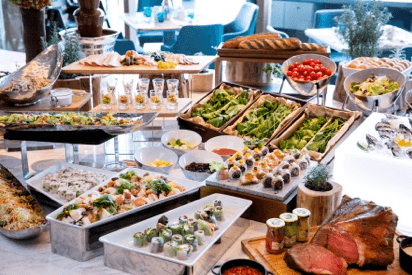 After the Odaiba, the next program is a cruise. This time we are going to take this charming antique cruise ship, called Ozabune Yasakimaru. Sea breeze, a different kind of city tour is opened.

In 1632, Tokugawa Iemitsu undefined{(}the third shogun of the Edo shogunate) ordered the construction of a luxury cruise ship named “World No.”. Its hull was designed with a wagyu eclectic design, with a dragon head at the bow. This luxury ship, which was only for shoguns, daimyo and other nobles, was maintained only for less than half a century because of the high maintenance cost.

Now, Yasutake Maru is perfectly reproduced. Standing on the traditional style deck, you can see the Tokyo Tower, the Skytree, Rainbow Bridge and other buildings representing modern Tokyo from afar, and marvel at the perfect blend of classical and modern. Close your eyes, open your arms and feel the sea breeze gently blowing. 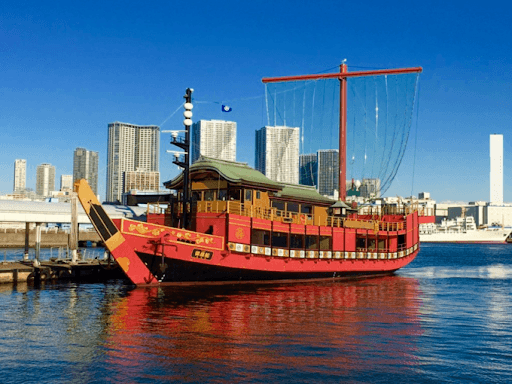 After a 40-minute trip through the past and present, are you still in love with “Edo”? Then let’s see the masterpiece of Edo, the Imperial Palace!

Located in the heart of Tokyo, the Imperial Palace is a residence for the Emperor and his family, hidden deep in the woods and gardens. It is a tranquil space in the midst of the hustle and bustle of the modern city with its tall buildings. 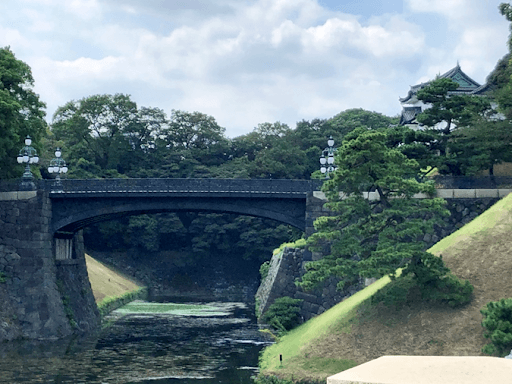 Travel Photography Tricks: How To Capture The Magical Landscape

Take Your Winter Vacation To The Limit—Heli Skiing Is The Ultimate Experience!

What Is Your Privileged Travel?