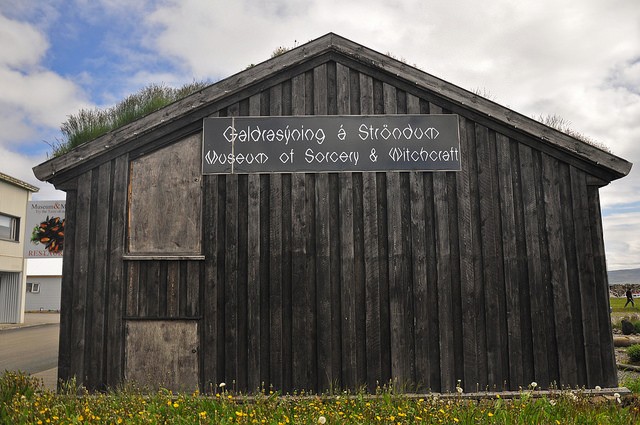 Iceland is without a doubt one of the most beautiful countries in the world. Black sand beaches, glaciers, volcanoes, geysers and stunning wildlife typify the Icelandic experience and it is well worth seeking out the country’s many excellent national parks to experience them, but there is another side to Iceland- it’s quirky side.

If you’re the kind of traveler who delights in finding something out of the ordinary, here’s what to do and see in Iceland to ensure you have a unique and unusual experience you’ll remember forever:

The Museum of Icelandic Sorcery & Witchcraft

Whether you’re into folk horror or you just love weird attractions, you won’t be disappointed by a trip to the Museum of Icelandic Sorcery & Witchcraft, which is one of the spookiest attractions in the whole of Europe, thanks to its collection of black magic paraphernalia, including animal skulls and most disturbing of all a pair underpants” – pants made from an actual man’s skin, which was flayed and dried from the waist down, and used to cast money spells!

Probably not one to visit if you have children in tow, The Phallological Museum in Reykjavík, which can be best described as a bona fide penis museum, is a real scream. Home to the biggest collection of penises, and related parts, in the world, it will make for some interesting holiday snaps.

You can expect to see specimens from whales, land mammals, humans and even, allegedly, the private parts of Icelandic elves and trolls! However, the piece de resistance has to be the Penis of Pall Arason, an Icelander who left his penis to the museum when he died in 1996. Sadly, it was improperly preserved and can now be seen sitting shriveled and wrinkled in a jar. That’s probably not what he imagined when he donated it.

Samúel Jónsson was a man who lived a solitary existence on his farm in the remote Selárdalur valley. When he was no longer able to farm, he took up art and the rest is history. Spanning a period from the 50s until his death in 1969, Samúel created numerous masterpieces, including paintings and sculptures. Thankfully, the government of Iceland saved the site from ruin after it was abandoned, and now you can see the man’s stunning works of art for yourself.

Vikings aren’t normally something you would associate with Iceland, but thanks to the fact that a movie about them was once set to be filmed in the country (a project that was later abandoned) you can visit a realistic mock-up of a real Viking village, which is located on the land of a local farmer somewhere between Djúpivogur and Höfn. On the site of the abandoned Viking movie set, there is also a themed café and a dungeon – all of which are worth a visit. If you do spend sometime at the Viking village, be sure to take the Viking test to find out how much you know about the warriors.

Have you had a quirky experience in Iceland? Let us know about it in the comments!