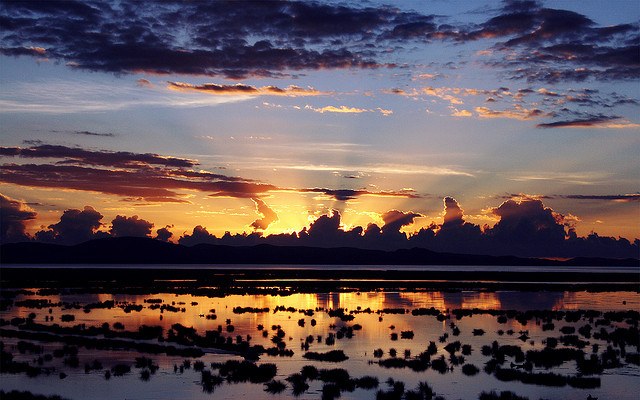 Peru, on South America’s Pacific coast, has its north-eastern portion in the upper Amazon basin and is mostly equatorial rainforest, whilst its south-western region is occupied by the majestic Andes Mountains. The contrast couldn’t be greater, and Peru provides exciting opportunities for exploration of a culturally and naturally diverse landscape when you compare car hire deals for this part of South America.

The roads are pretty good for the most part and you can use them to easily access some of the astounding sites Peru has to offer, from the Inca capital of Machu Picchu to the majestic Lake Titicaca. The deepest gorge on the planet is located here as well. At a depth of 3400m, the Arequipa-Colca Canyon is twice as deep as the Grand Canyon, carved out of the solid rock by the Rio Colca, and in the background the Ampato and Sabancaya volcanoes brood like ancient gods. The Incas used to store their grain inside sealed vaults deep in the canyon, and these warehouses or Colcas are where the canyon gets its name. Trips to the canyon have spotting the great Andean Condor as their highlight, and these are best seen from the observation point of Cruz del Condor. The towns in the valley are virtually unchanged in four centuries and pre-Inca ruins and tombs are scattered about the area.

Lake Titicaca is the highest navigable lake in the world, at a height of 3810m. From above it is shaped like a native puma, or Titicaca, and it has a most revered history in the native traditions, featuring prominently in creation myths of the Incas. The native Uros people still live on the lake on floating islands constructed from reeds, whilst the neighbouring inhabitants of Taquile Island, also in the lake, maintain ancient traditions and have renowned weaving skills which can be seen on daily organised tours. You can access Lake Titicaca by road from La Paz in about 3 hours. 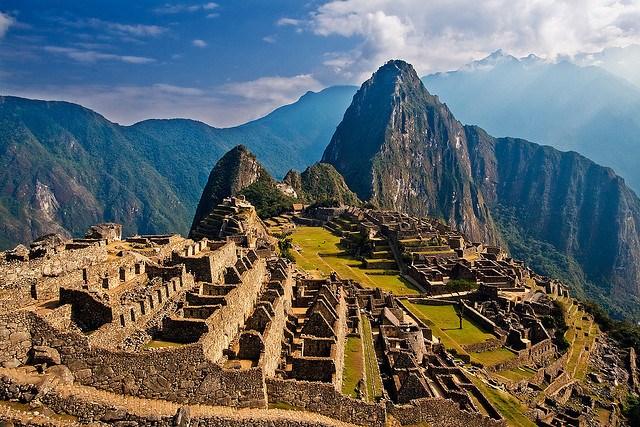 Machu Picchu, about 80 miles north of Cusco, is an ancient Inca site built in the 16th century and is the most famous and best-preserved Inca site on the continent. It still has a huge cultural and spiritual significance for Peruvians, although it was only rediscovered in 1911 by the explorer Higham Bingham. The site has a spectacular setting in a cloud forest and marks the end of the famous Inca Trail, popular with trekkers. Trekking permits are strictly limited and have to be booked well in advance. Get to the trail by road on Highway-101 from Lima and then drive on to Cusco and follow directions from there.

If time allows, try to see Manu National Park, a UNESCO World Biosphere Reserve which covers a staggering 3.7 million acres. This is a remote region, home to indigenous tribes with little or no contact with the outside world, and you have to join an organised tour to access it. Take the road from Cusco to Atalaya and from there use the river. There are thousands of rare species in this prehistoric landscape of jungle, river and mountain which leads into the Andean High Plateau, and from the Tres Cruces observation platform on the road between Manu and Cusco there are spectacular views right across the Amazon.

David Elliott is a freelance writer who loves to travel, especially in Europe and Turkey. He’s spent most of his adult life in a state of restless excitement but recently decided to settle in North London. He gets away whenever he can to immerse himself in foreign cultures and lap up the history of great cities.

Berlin: How to cure ‘Ostalgie’ in three easy steps

How to use tech to improve travel