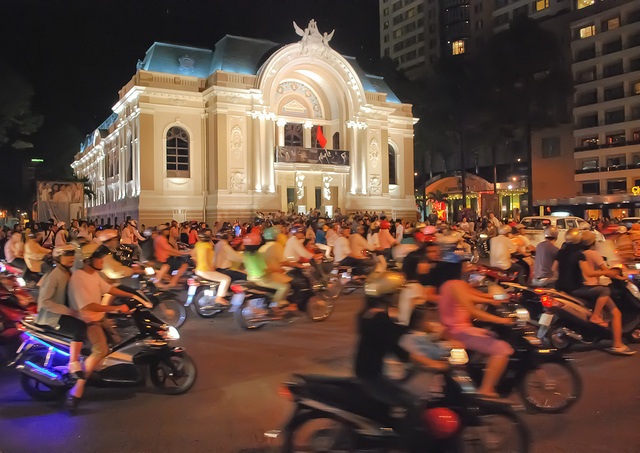 Ho Chi Minh (pronounced “hoe chee min”) City is today the largest city in the country of Vietnam. The city itself has a long and fascinating history, from humble beginnings as a quiet village to its various roles as the former capital city of the Republic of Vietnam and today to its visible role as the seat of the Vietnamese government.

Ho Chi Minh has had many names, including Prey Nokor and, later Saigon, a name which is still widely in use today. The name changes have been part of a series of rebellions and hostile takeovers by the French and various factions within Vietnam itself. Today, the city is named for the man who is perhaps the country’s most famous political leader, the late Communist rebel and North Vietnamese Prime Minister, Ho Chi Minh.

Before the 17th century, Ho Chi Minh City was occupied for many centuries by the Khmer people of Cambodia. Interestingly, until the beginning of the 17th century, what is today Ho Chi Minh City was just a small fishing village in territory that used to belong to Cambodia. The villagers quietly went about their days in the fishing trade until encroaching settlements by the Vietnamese brought it to the attention of Vietnam’s Nyugen warlords. The warlords, who were under orders by their ruling class family to firmly establish the territory as under Nyugen control, annexed Prey Nokor and renamed it Saigon. There is a local legend that began during the time the Khmer people lived in what is now Ho Chi Minh City that the city was a peace offering at the marriage of a Khmer prince to a Vietnamese princess. The gift was intended to stop the pillaging and invasions that have marked so much of Ho Chi Minh’s history and growth as a city.

After the Nyugen family succeeded in wresting control of Prey Nokor from Cambodia, the French invaded and colonized the city under French rule. The French influence can still be felt in Ho Chi Minh City today, both in the architecture, which is a mixture of Western and French-inspired European stylings, and in some of the local language and customs. While Saigon was the name given to the city by the Vietnamese Nyugen warlords, the French retained the name, which in part explains its continued use in colloquial conversation. Saigon is a word that loosely translates to mean “stick, cotton twig, pole” and other similar terms depending on which translation – Chinese or Vietnamese – is recognized. Both the names Prey Nokor and Saigon are thought to refer to a dense, vast forest that used to surround what is today Ho Chi Minh City. 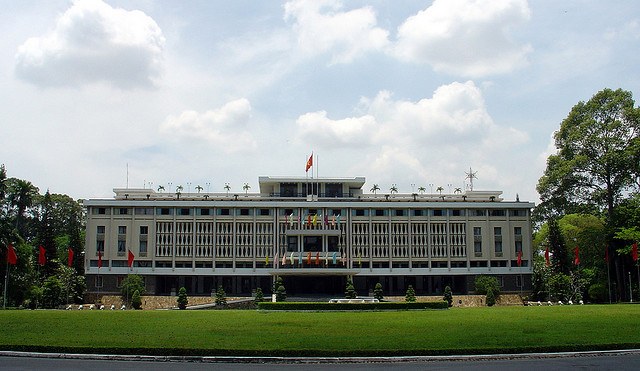 The name Saigon endured into the time of a hostile takeover by Vietnamese rebels that wrested the city away from the French and named it as the capital city of the renamed State of Vietnam under Emperor Bảo Đại. The city once again retained its name, as the Emperor was ousted by his own Prime Minister, who then renamed the country the Republic of Vietnam under his rule. Around that time it was also common to refer to two provinces within the country separately as North Vietnam and South Vietnam, which gave a nod to the fact that the northern half of the country was controlled by the Communist-led Viet Cong while the southern half was controlled by a series of emperors who favored a Republican form of government. 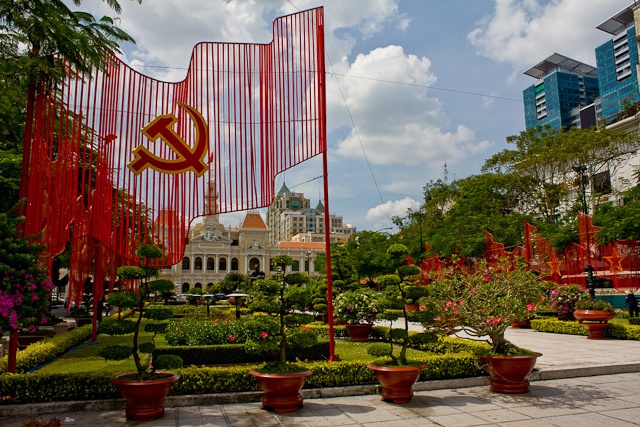 Today, Ho Chi Minh city falls under the control of the now unified (although some years more than others) communist Socialist Republic of Vietnam, and the name “Saigon” is popularly used to refer to the urban metro areas of the city, while the full name Ho Chi Minh City refers to the entire vast expanse of the city itself. When the country was unified under the new Socialist Republic, two adjacent provinces were annexed to Saigon, making it even larger and it was renamed in honor of the political leader Ho Chi Minh. It retains this name to date. The city lies south of Hanoi in the region of what used to be called South Vietnam and the latest census shows the population at just over six million residents. Today the city is a vital part of the overall economic health of Vietnam and is ruled by the Ho Chi Minh People’s Committee that includes 13 executive council members, 95 deputies, and a chairman.

So whether you are someone with ties in your background to Vietnam for whatever reason or you are simply pondering a trip abroad to Ho Chi Minh City, keep in mind the rich and storied background of this vibrant metropolis.

Nekla Hamin is a writer who, at the age of 50, has visited 14 countries worldwide.

Investing In A Good Lipo Charger