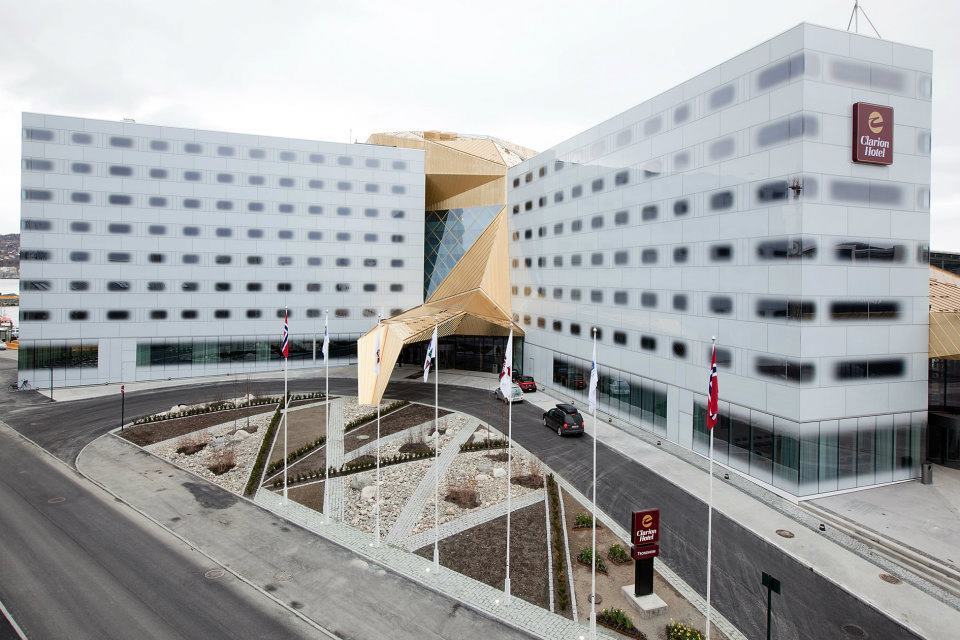 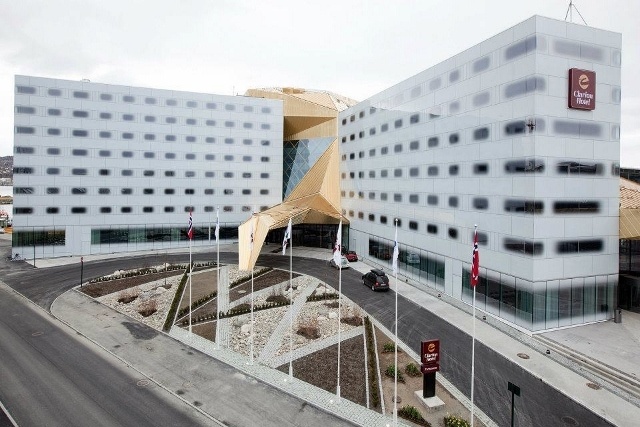 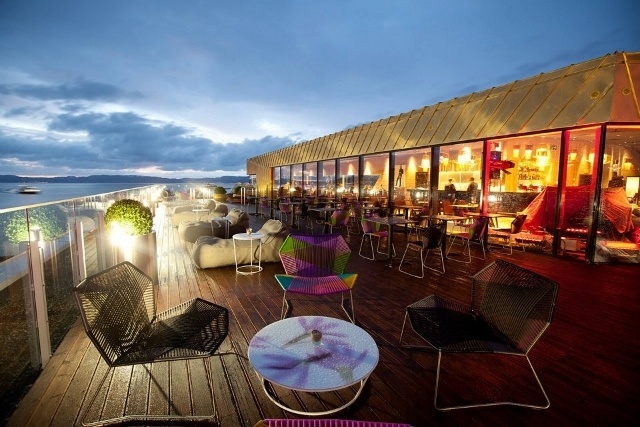 Yes – there is a bar next to the lobby which has live music during the week, which is a great idea. (In the interests of full disclosure I should point out the extremely talented vocalist is a friend of ours but this did not sway our opinion). There is also a restaurant on the same floor. On the 9th is the ‘Skybar’ – a slightly over-the-top name but it does have great views. Another restaurant is also found here and early reports have been very positive, despite the extremely high prices (even for Norway). The bar prices are of course steep too. We didn’t try the restaurant but ordered food from the bar menu downstairs. We were not at all impressed, especially for the price. Even worse, the service was amateur to say the least. Seeing that my wife had finished her food the waiter collected her plate and wanted to take my glass, which I hadn’t finished. He then encouraged me to drink it up so he could save himself another trip. To top it all when I had finished we went upstairs to try the Skybar. Returning after some time to catch more of the live music we found that my plate – leftovers and all – was still on the table…

No pool but Pirbadet is next door. This is very expensive for a quick dip though; some kind of discount for hotel guests would be a good idea. The hotel now offers packages with accommodation and entry to Pirbadet but there are no options for the more spontaneous.

Yes, but here again we were very disappointed. The breakfast area is far too small for a 400-room hotel and finding a table was not easy. Either the hotel was chronically understaffed at breakfast or those working were extremely inefficient, or – unfortunately as seemed to be the case – both. Tables were piled high with used dishes and glasses which guests had to stack up to make space for their own. The food offered was uninviting and kept running out. Were those not powdered scrambled eggs? Please! With the Rica Nidelven hotel a couple of hundred yards down the road which has won the prize for best hotel breakfast many years in a row it was always going to be hard to compete, but they really seem to have simply thrown in the towel here. I’ve had better breakfast experiences at hostels – and certainly better service.

You’ve got the point already I think. As well as the aforementioned examples reception was understaffed at both check-in and check-out so the queues were long and tempers frayed. And look; if we are standing in a line and a guest has the nerve to go right up to you and say ‘this will only take a second’ you do not stop serving your customer and address them! Exactly what ‘talents’ did your auditions identify, Mr Stordalen? You don’t need magicians, you know, you need hotel staff.

Yes, Nordic Choice Club members earn points based on monetary spend. While separate from the US Choice system it’s still quite a good one for Scandinavia and of course you should join at the hotel if you are not already a member.

Yes, they certainly can.

Choice do push their green credentials and this property is no exception. Indeed it is one of the few building in Norway to have been rated Environmental Class ‘A’. All breakfasts are organic, although it is unclear whether this includes the powdered eggs…

We paid NOK 650 for a double room as an opening offer, but standard rates begin at around NOK 1000 depending on the season and day of the week.

The Skybar is unique in Trondheim and has wonderful views. Live music in the lobby bar is a nice feature. The room was comfortable enough, if a little small.

Food in the bar was simply not worth the price. The breakfast area was too small.

The service was bad from start to finish.

We enjoyed our stay at the Clarion Hotel & Congress Trondheim despite the staff seemingly being determined to spoil it for us. The hotel itself is a good alternative in Trondheim but there is work to be done. particularly on the service side.

6 of the best…breakfast joints in London