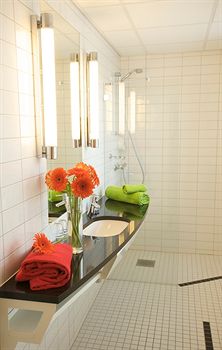 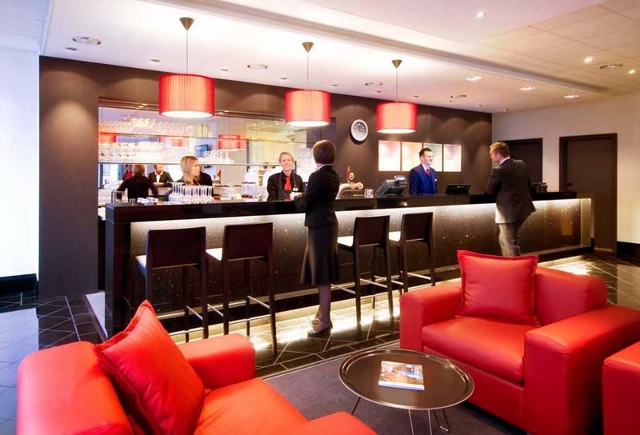 Yes – there is a bar in the lobby which is okay but unlikely to be somewhere you spend the evening; as a starting point for a night out it’s a decent option though, or to relax after a long day walking the city. There is also a restaurant on the ground floor which I have yet to try.

Yes, and it was okay. Plenty of options, a little crowded due to the limited space though. Hot food was hot and everything was refilled efficiently. It would have been nice to have more choices of bread and coffee but at this price level I had no real complaints.

All good here; pleasant staff made checking in and out smooth and easy, as mentioned those in the breakfast room worked well too.

Yes, Club Carlson points can be earned for each stay (the same programme as for Radisson). It’s a decent scheme so join up when staying here if you are not already a member.

Yes, they certainly can, and did. Bags are labelled and checked when you removed them so nobody can take yours by mistake (or not).

A decent green profile, extra kudos for the dispensers instead of individual bottles.

I paid NOK 845 for a double room but with advance payment you can get a room even cheaper. A guy turning up for the night had to pay NOK 995, which isn’t too bad for a rack rate either.

Excellent value, great location, quiet. The balcony was a n ice touch this time too.

I’d have liked a mini-bar and wooden floors instead of carpets.

I once again enjoyed my stay at the Park Inn Oslo, and will definitely return. In my opinion it’s the best option for the money in the Norwegian capital.