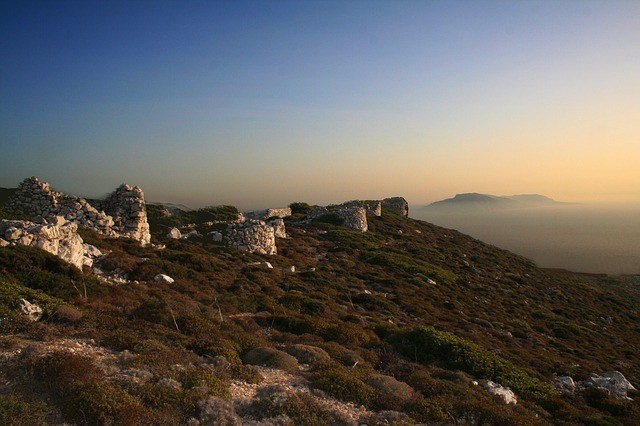 It may have been some years ago, but the film (and book) Captain Corelli’s Mandolin firmly put Kefalonia on the map. It seems that each decade a new Greek destination is in focus and experiences a rush in tourist arrivals due to a major movie production. But there has never been a better time than right now to enjoy a holiday in Kefalonia.

Mamma Mia and its sequel were perhaps the most recent example; but Kefalonia is now an even more enticing prospect given that the “Corelli”-boom has died down somewhat. It is an island of contrasts with something for everyone that still boasts untouched, scenic beauty and a compelling mix of the old and the new. Kefalonia is the largest of the Ionian islands and is situated in western Greece.

The island has the third largest mountain range in the country, providing a wonderful backdrop to the spectacular and diverse landscape of the island. Explore underground lakes, lovely beaches and of course those crystal-clear waters. Whilst the beach will probably be the main attraction – and we will come back to that – it is worth taking the time to visit some of the attractions on the island…

The caves of Angalaki and Melissani & Drogarati, containing stunning underground lakes that change colour during the day are an unmissable sight.

Active holidaymakers will enjoy exploring Mount Ainos, which dominates the south of the island. The highest peak, Megas Soros measures some 1,628 metres. The story is that Soros (which means mound) came from the animal remains sacrificed to Zeus. Mount Ainos is in fact the only official National Park in Greece and is home to a plethora of wildlife, including wild ponies, golden eagles, ospreys and other protected species.

Get on the trail

Put on your walking shoes and hit the hiking trails to explore nature and experience some of Kefalonia’s amazing biodiversity. There are a variety of trails, with different lengths and levels of difficulty to suit most people.

The Archaeological Museum at Argostoli, which is often referred to as Kefalonia Museum, should be on your to-do list. With artefacts from the prehistoric to Roman periods, all of which were found on Kefalonia, this is a diverse and highly interesting collection. You’ll find the museum located just south of the central square.

Okay, back to the beach. Specifically, Myrtos Beach, one of the most photographed spots in the Ionians. Ranked among the best beaches in the world, the turquoise waters, dazzling white sand and pebbles spellbind all that visit. For the best view, look down from the cliff top where the crescent of white pebbles fringing the turquoise sea will knock you back – and make for a perfect photograph.

At night, wander the endless backstreets; with gift and craft shops, cafes and tavernas at every turn and then treat yourself to a refreshing drink at the sophisticated harbour-side town of Fiskardo. a Greek version of St Tropez. Nightlife is good in places such as Argostoli and Lixouri, yet pleasingly low-key compared to some other Greek islands. This article is really only scraping the surface of what Kefalonia has to offer – but ought to provide reason enough to add Kefalonia to your travel bucket list.