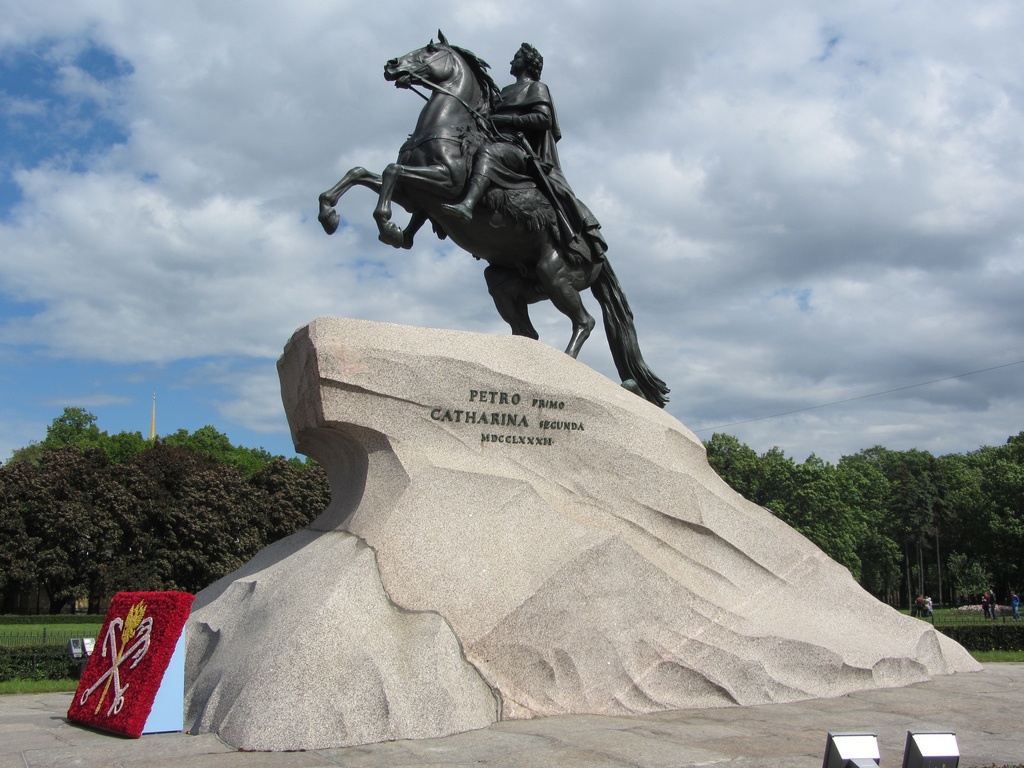 When Peter the Great hatched a plan to build a city on swampland to create a “window in the West” in the Baltic Sea delta, it seemed ambitious at best. Indeed thousands of workers perished making his dream come true but the city grew and evolved during the three centuries which followed. Its turbulent history is evident from its multiple identities – the city was Petrograd and Leningrad before it regained its original name of St. Petersburg again. It was the classy capital of the tsarist era, the crucible of the 1917 Communist Revolution and then became a famed symbol of Russian defiance during World War II when the city was subjected to a three year siege by the Nazis. Today, while less prosperous than Moscow, St. Petersburg it is also less intimidating for first-time visitors and feels more like a laid-back Western European city – the fact that it was built by Italian architects reinforces this impression. You won’t find Moscow’s red buildings and onion-shaped domes; you will find fabulous art collections and royal palaces together with nightclubs, modern shopping malls and a burgeoning restaurant scene. If you can, visit during midsummer when darkness never falls to experience St. Petersburg’s famous ‘White Nights’. Yet the city also has a special charm when snow fills its streets – the choice is yours. Either way we reckon you’ll be wishing you could stay longer and there are some superb St. Petersburg apartments to choose from. Here’s what you should start with when exploring the city: 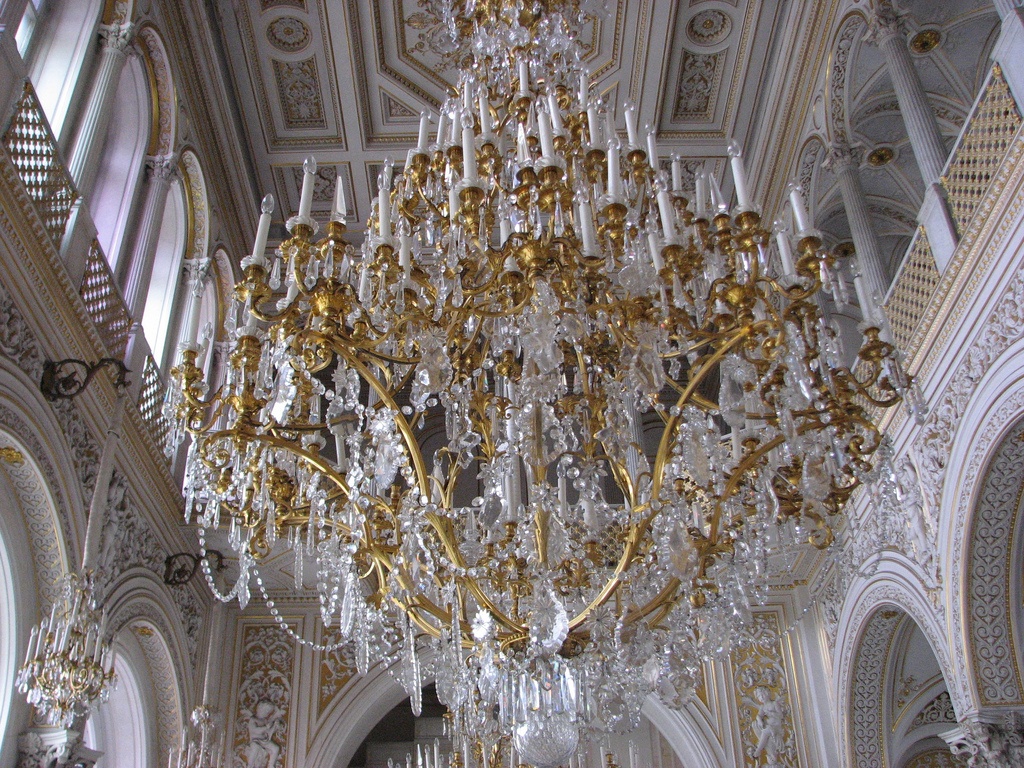 The Winter Palace is a sight in itself so the fact that it also contains one of the biggest and most valuable fine art collections in the world in the shape of the Hermitage Museum is quite a bonus. There is so much to take in that it is worth doing some planning and making sure you get to see what interests you most. Check out the website where you can take an online tour first and allow at least half a day – preferably more if you can. To give you some idea of scale, the museum is home to more French artworks than any museum outside France itself. Don’t miss the Pavilion Hall where the room is as stunning as the art, the early Picasso or the Impressionist sections and if the crowds are getting you down (it is a very popular place for tour groups in the summer) the Antiquities halls on the ground floor can be less packed but are equally interesting. The museum staff speak good English and are a great source of information – or you can use one of the audio guides. 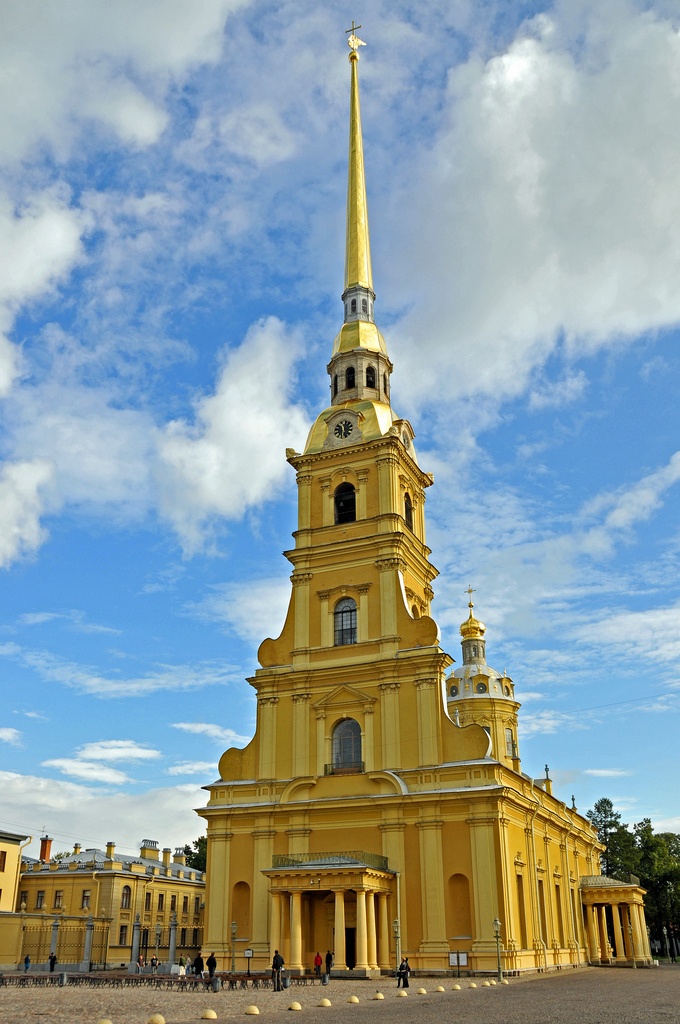 When he founded the city, Peter the Great built a citadel fortress to guard against possible attack from Sweden. It was never needed as the Swedes were repelled before it was actually completed, but it went on to gain notoriety as a high security political jail. Peter’s own son Alexei was one its first inmates and others included Dostoyevsky, Trotsky and Lenin’s older brother, Alexander. You can now visit some sections of the former prison and in the middle of the citadel is the Peter and Paul Cathedral, the first church in the city to be built of stone and the final resting place for all Russian Emperors and Empresses from Peter the Great to Alexander III. The cathedral is the highest building in the city and the fortress complex also houses the City History Museum and the Mint.

One for chemistry fans, this. Oh come on, there must be some… Dmitry Mendeleev invented the periodic table of elements and the building in which it went down now contains the Mendeleev Museum. You can visit his rather cosy study which has been authentically preserved and imagine him standing at his desk (he rarely sat). You can even view some early rough drafts of the periodic table. 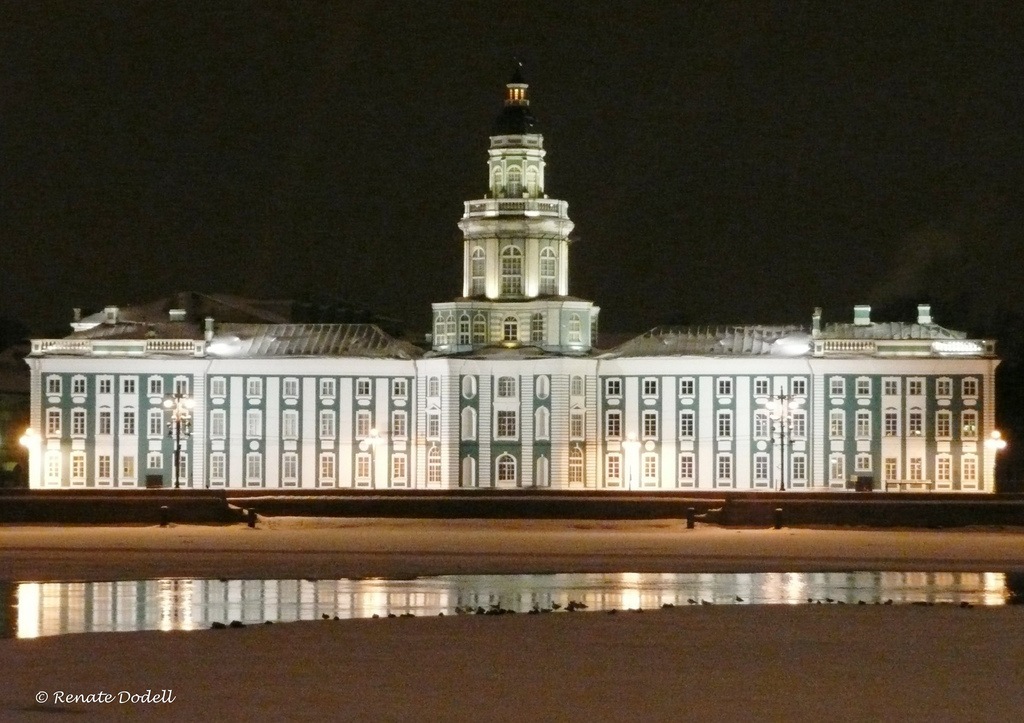 And now for something completely different. The Kunstkammer was the first museum in Russia open to the general public when founded by (who else?) Peter the Great in 1714 and is also one of the oldest in the world. These days it is officially known as the Museum of Anthropology and Ethnography but was originally intended to house the ‘monsters and rarities’ collected by the Emperor on his journeys abroad – indeed the majority of the exhibits still come from this era. He brought home tools and astronomical instruments as well as stuffed animals and some rather disturbing anatomical specimens such as animals with two heads and babies with birth defects. You have been warned…

Alexander Pushkin immortalised this statue of Peter the Great as the Bronze Horseman in his famous poem. It was created for Catherine the Great by a french sculptor, Etienne Falconet who took 12 years to complete the huge work which is inscribed ‘To Peter I from Catherine II – 1782’ and shows the Emperor’s horse rising above a snake (representing treason). Today the statue is a St. Petersburg icon and often seen as a symbol of the modern spirit of the city.

The site of Pushkin’s duel

The aforementioned Pushkin died here in a manner unbefitting a poetic genius – killed in a pointless duel with the Frenchman Georges d’Anthès on 8 February 1837. The story of his demise has developed rather mythological qualities and literary pilgrims flock to view the marble monument marking the site where Pushkin was shot and adorn it with fresh flowers.

This museum is one of the hardest to find in the city but it is definitely worth the effort. Anna Akhmatova not only witnessed her beloved St. Petersburg endure and survive the revolution, civil war, political terror and of course world war – she wrote about it all, documenting the horror and refusing to leave Russia despite severe harassment. She lived in this apartment from the 1920s to the 1950s and struggled to continue her writing as the Soviet state grew more paranoid. The museum consists of just four rooms but it documents her life so extensively (in English too) that it is a fulfilling experience. It is hard not to be moved by the photo album which you can flip through and which vividly depicts the turbulent times in which Akhmatova and her family lived. 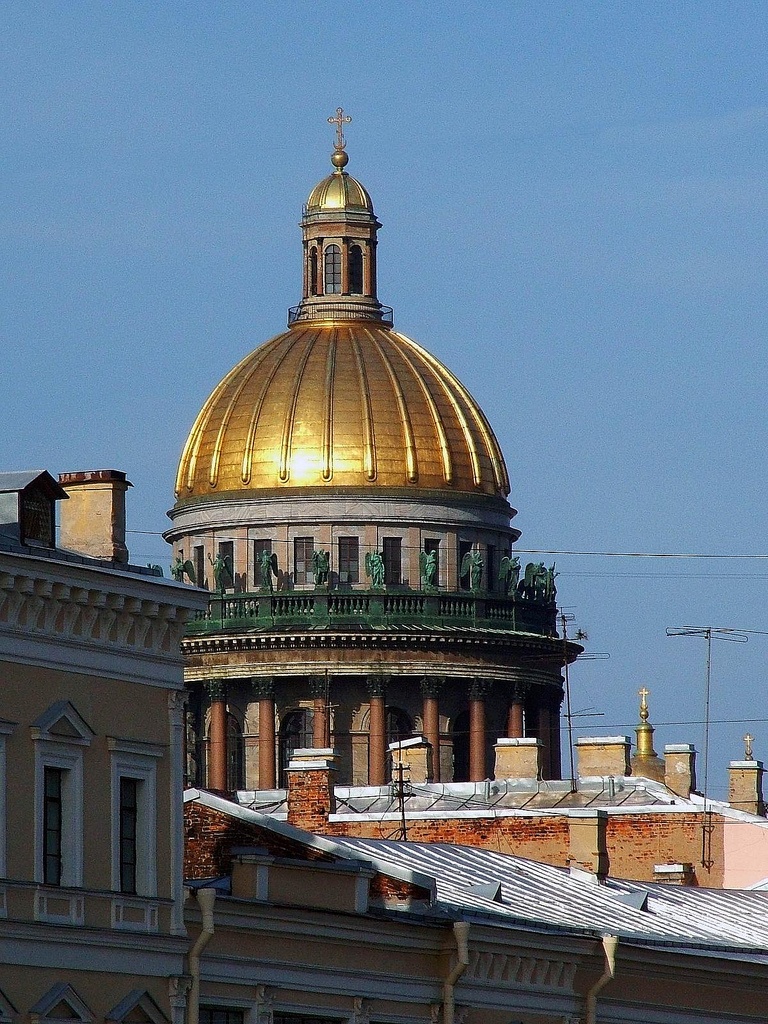 You can see the golden dome of St Isaac’s Cathedral taking pride of place in the St. Petersburg skyline in most photos of the city and as long as there are no services taking place you can view the unbelievably over-the-top interior as it is also a museum. Prepare to be gob-smacked…

This is a must-see museum for all visitors to St. Petersburg – not only for its 32,000 artworks but also as a way to understand Russian history and the mindset of its people. You should tour with a guide (either a human one or the audio variety) to get the most out of your time – otherwise there is a very real danger of art overload and as the most popular rooms are in the Benois Wing and come at the end of the exhibit make sure you don’t peak too early. Don’t overlook the Old Russian Wing or the exterior of the building either. It’s worth remembering that many of the best pieces were seized from private collections during the Soviet era or ‘donated’ by rich collectors in an attempt to avoid being persecuted…

When you need a break from all the museums or just a place to kick back for a while and relax, head for the Summer Gardens. Continuing his obsession with European style, Peter the Great decorated the park with Renaissance statues from Italy. It’s a blissful place when the weather is good.

The Summer Gardens also contain St. Petersburg’s first palace. It’s a modest affair (especially for this city) and is found in the northeast corner of the park. It was completed in 1714 and has changed little – it’s open to visitors and the interior has been recreated to appear as it would have done in Peter’s day.

This is another place that takes a lot of work to reach but rewards the effort. The cemetery is the main burial site for those who lost their lives during the Nazi siege and is a powerful reminder of a tragic time. About half a million people lie here – at first the site was simply a huge pit filled with unmarked bodies but in 1960 the new cemetery was opened to provide a more dignified resting place.

Take a trip to Kammeny Island for a peaceful stroll along roads lines with ancient dachas (or country cottages) which are now mostly the preserve of those who made their riches since the fall of the USSR. The wooded island is basically a residential are but is great for a walk to escape the city with its lakes and canals. A dead oak tree used to stand in the centre of the Krestovka embankment and was apparently planted by Peter the Great himself. It is now gone but the (living) replacement is still called Peter’s Tree.

We hope these suggestions will help you plan and enjoy a trip to St. Petersburg. If you think we’ve missed something please tell us in the comments section below!

The Best Places to Visit in Long Island, New York

Year-round sun and fun in the Canary Islands