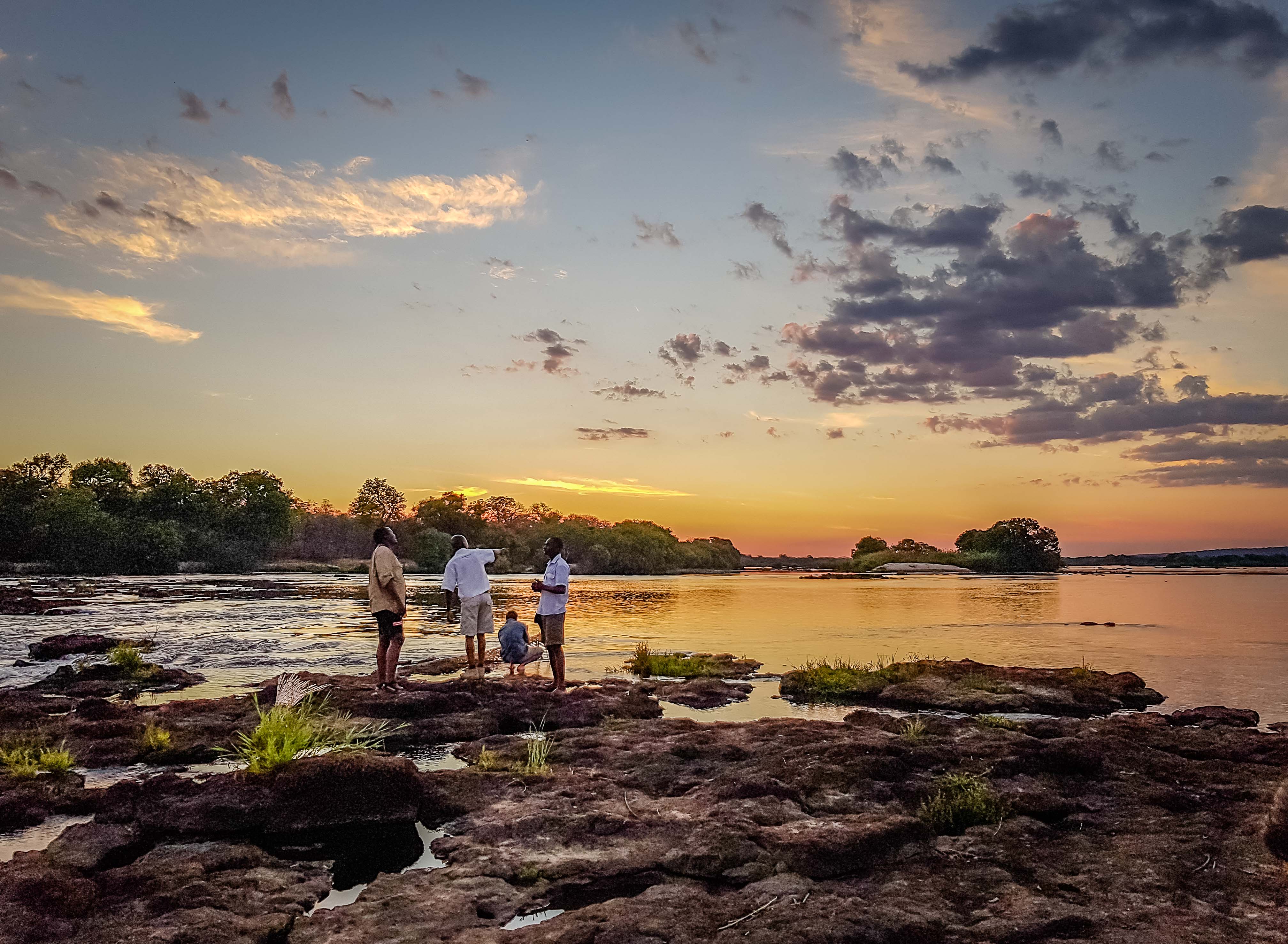 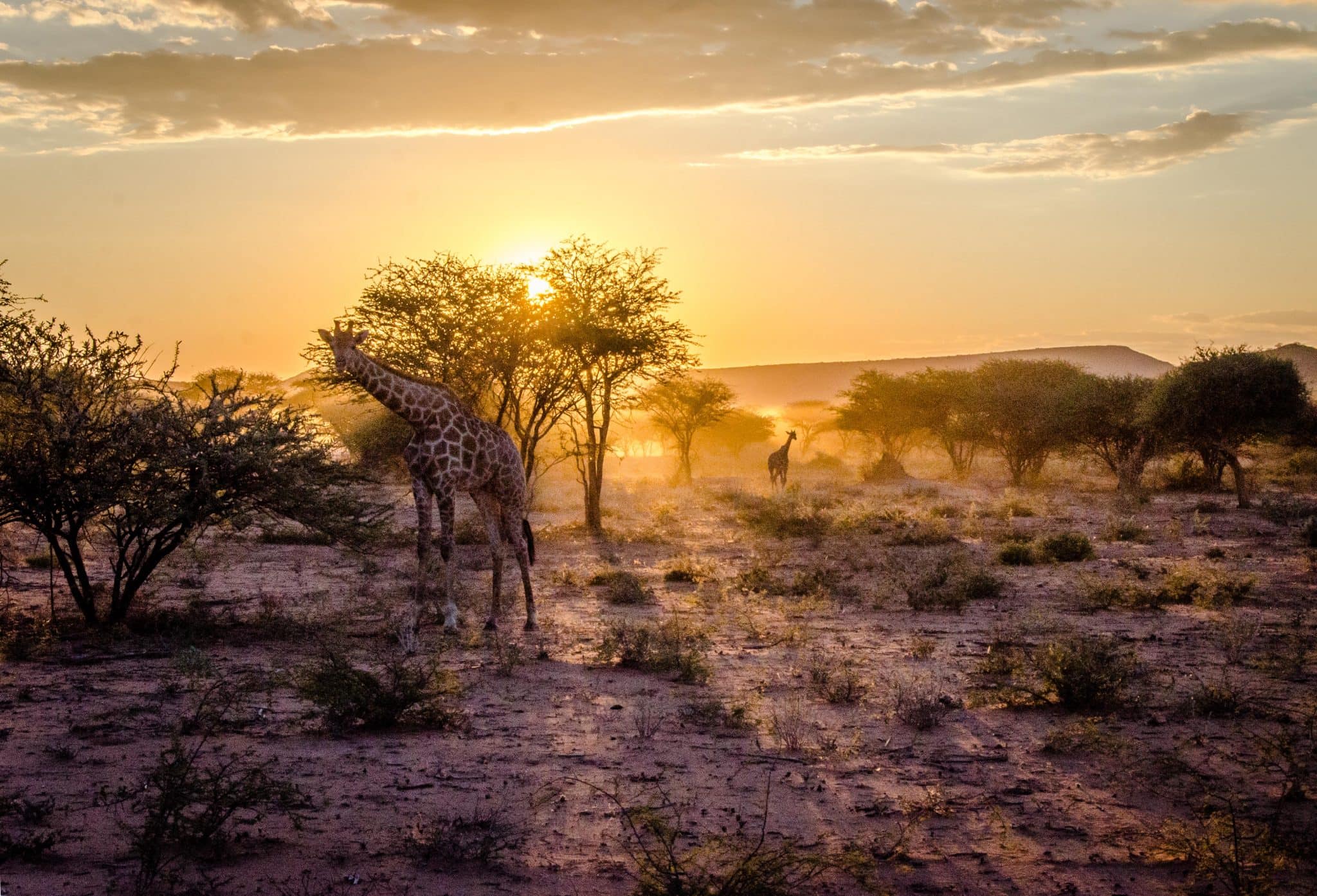 So, here we go again then?

Starting to run out now?

Anyway, in no particular order, here are 13 additional reasons to get yourself to Africa: 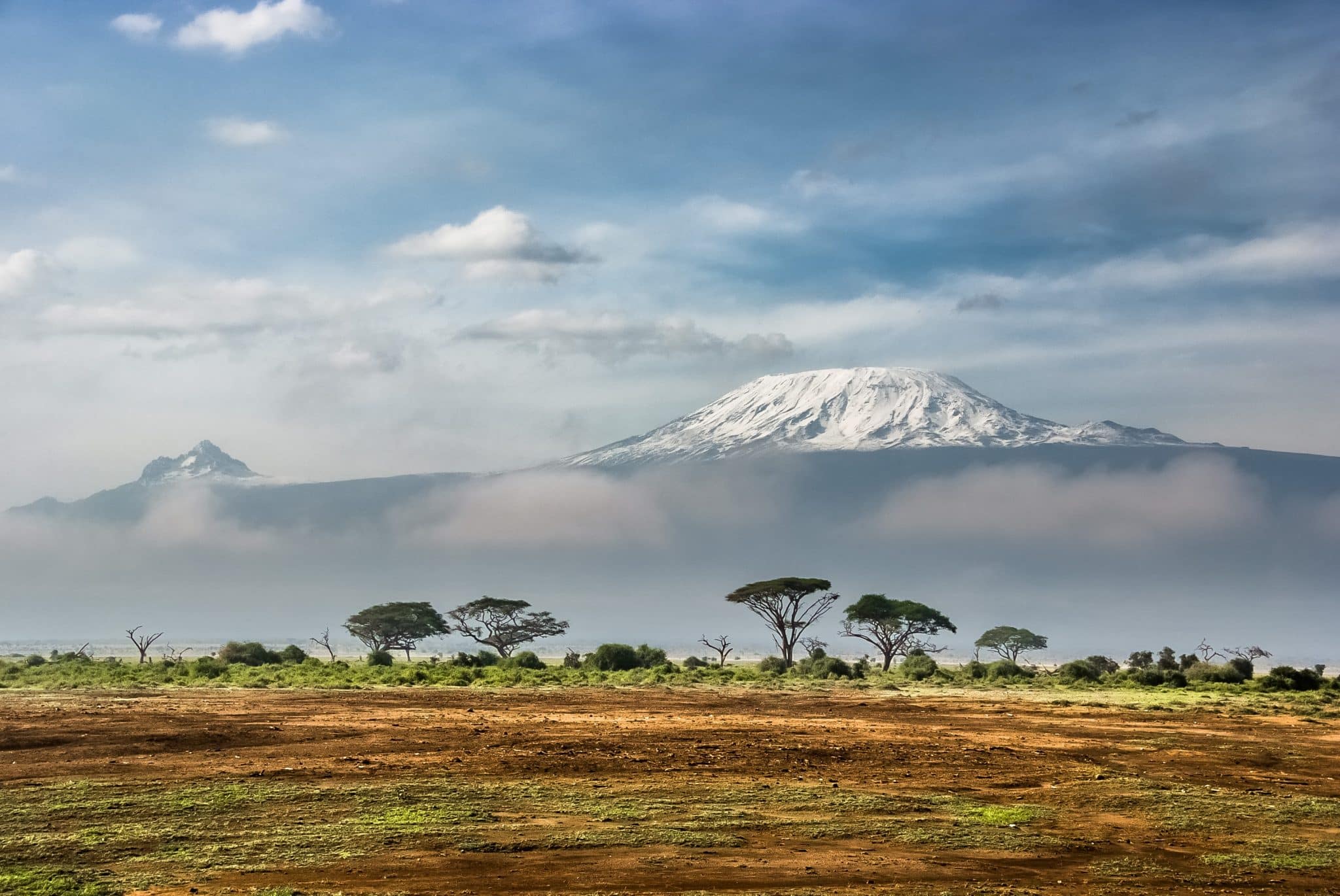 Photo by Sergey Pesterev on Unsplash

If you happen to be one of those people who gets their kicks by trekking up mountains, Africa has you covered. As well as the queen of them all, Kilimanjaro (above), in Tanzania (5895 metres), you can also go nuts with Mount Kenya in, er, Kenya (5199 metres) as well as plenty of other peaks over 4000 metres if you so desire.

As for me, I prefer to look at mountains from the ground these days. I mean, you can’t see them when you’re on them, can you?

For the record, even Nairobi is just shy of 1800 metres above sea level which is higher than plenty of mountain ranges in Europe so you can feel proud of your achievement as soon as you get off the plane at the airport… 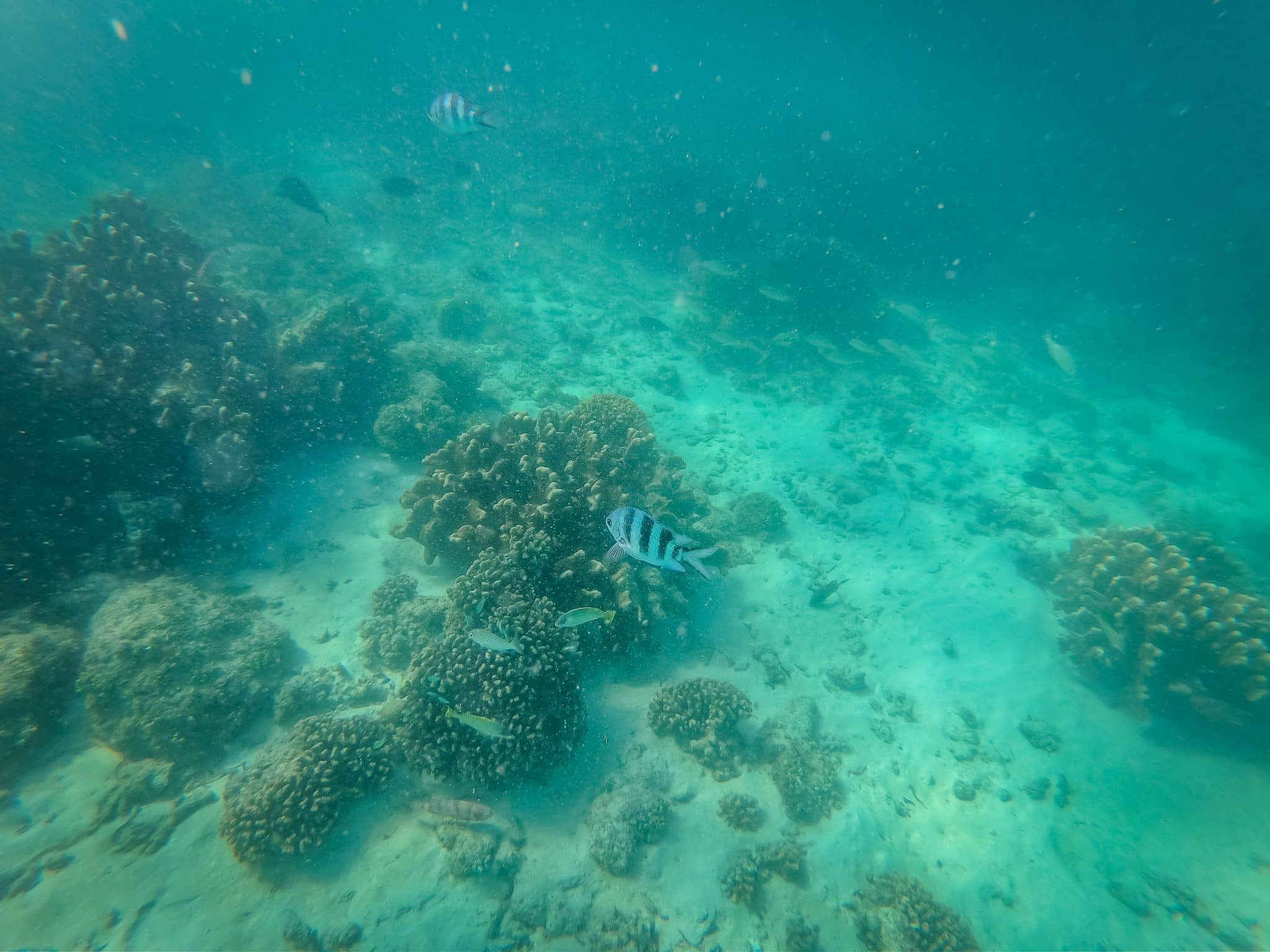 If you prefer the ocean to the summit, you are going to love Africa. With an enormous coastline and plenty of tropical waters teeming with fish, you can enjoy some of the best snorkelling and scuba diving the world has to offer.

And it’s not just the sea, either – Lake Malawi is like an aquarium and home to more species of fish than any other lake, including at least 700 species of cichlids.

So come on in, the water’s lovely! 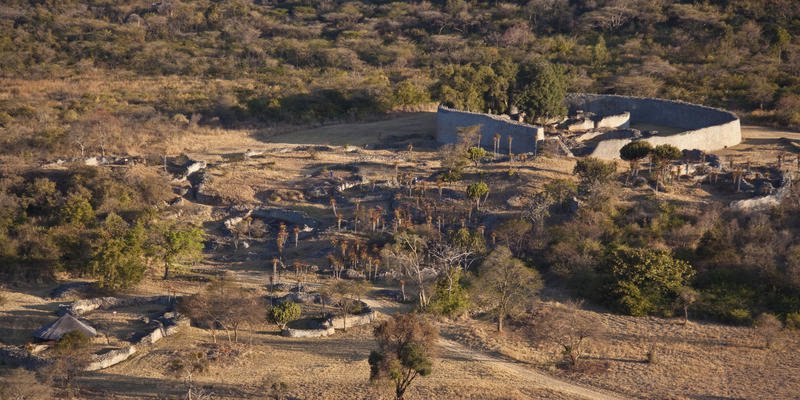 As well as buzzing cities and modern beach resort, Africa has some spectacular historic sites. While everyone has heard of the pyramids in Egypt, far fewer are familar with the amazing archaeological finds further south.

Let’s take just one example – Great Zimbabwe pictured above. This is a ruined city in the south-eastern hills of Zimbabwe and was the capital of the Kingdom of Zimbabwe during the country’s Late Iron Age. Construction on the city began in the 11th century and continued until it was abandoned in the 15th century.

The stone city spans an area of 7.22 square kilometres (1,780 acres) which, at its peak, could have housed up to 18,000 people. It is recognised as a World Heritage site by UNESCO.

Great Zimbabwe is believed to have served as a royal palace for the local monarch. As such, it would have been used as the seat of political power. Among the edifice’s most prominent features were its walls, some of which were over five metres high. They were constructed without mortar (dry stone). Eventually, the city was abandoned and fell into ruin.

If that doesn’t impress you, nothing will. 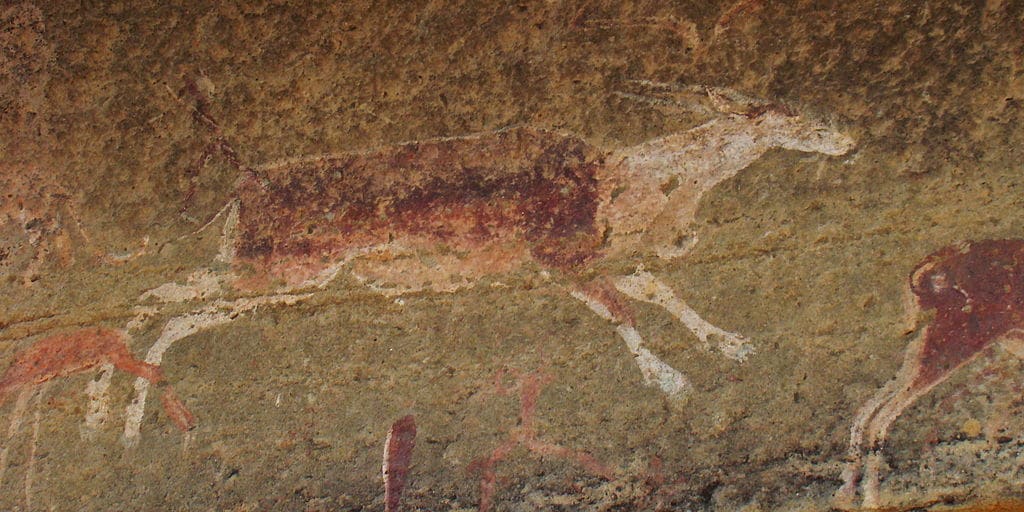 Now given that Africa is the birthplace of humankind, it stands to reason that there are a lot of prehistorical sites to explore, too. While the actual site where we all began is the subject of much debate (most recently, Botswana has emerged as the latest favourite), there is no doubt that we came from Africa.

There are countless examples of cave paintings throughout Africa, and indeed since 2018 South Africa can boast of having the earliest known drawing by human hands.

The etching is estimated to be between 70,000 and 100,00 years old and predates all other previously identified drawings by roughly 30,000 years.

The drawing was discovered by Christopher Henshilwood, a professor of archaeology at Norway’s University of Bergen, and his colleagues during their expedition in Blombos Cave – a site on the southern coast of South Africa known for its rich history as a reserve for early modern human cultural activity.

The country has plenty of sites to view prehistoric art but you’ll also find examples in many other places throughout Africa – most recently I viewed some artwork in Savuti, Botswana. 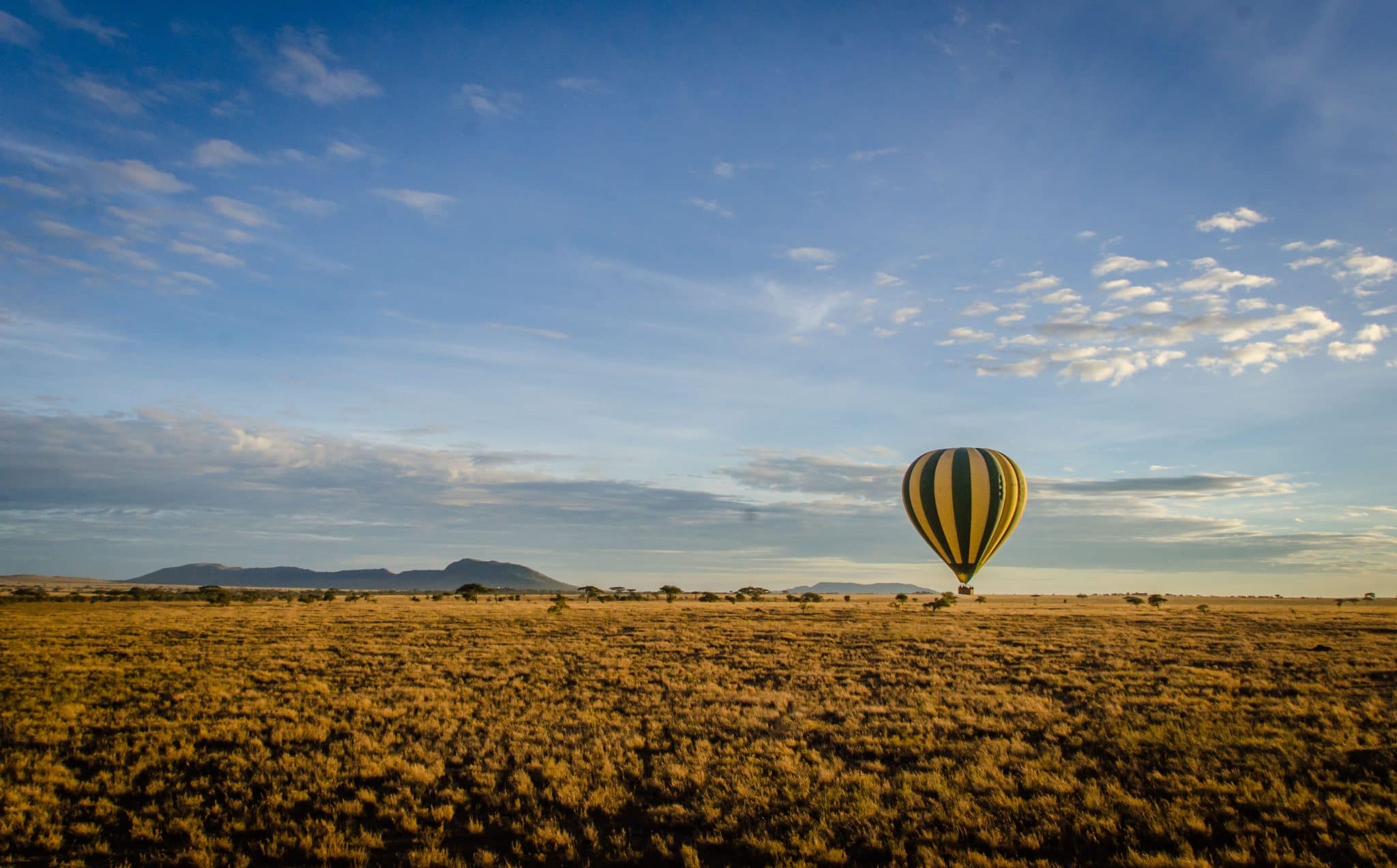 You don’t have to climb a mountain to look down on the African landscape. Indeed the view is a lot better from a hot-air balloon. It’s an expensive treat but worth every penny. Trips are available in many countries – I was lucky enough to float over the Serengeti in Tanzania (above) and it was breathtaking.

The advantage of balloons over planes and helicopters is that it they are practically silent so you don’t scare the animals away. You have to set off at sunrise which means you are in the air at the best time to see wildlife so your chances are high of spotting those lions everyone else was talking about.

In Namibia and South Africa the stunning landscape is the draw, rather than wildlife – but wherever you choose you will never forget your flight.

6. Learn the real meaning of luxury 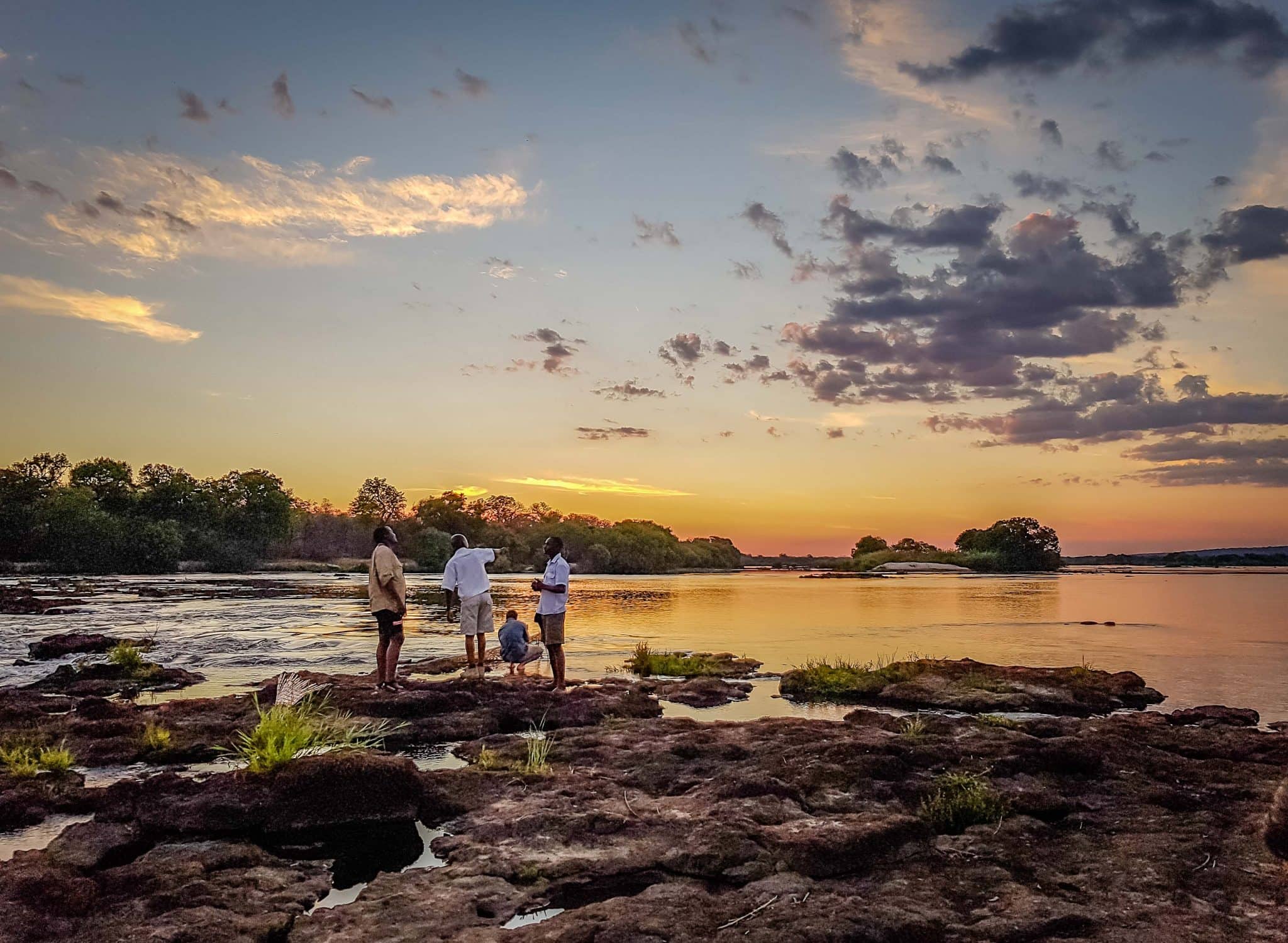 You will soon realise that true luxury has nothing to do with silk sheets and bathrooms with gold fittings. True luxury is having the wilderness practically to yourself; the ability to disconnect completely and realise how little you miss the internet after a day or so under African skies.

That’s not to say that lodges need not be comfortable or even luxurious – but when you are face-to-face with a lion, watching the sun set over the plains or enjoying a sundowner overlooking a wild river in an untouched landsape, then you will understand what luxury really is. 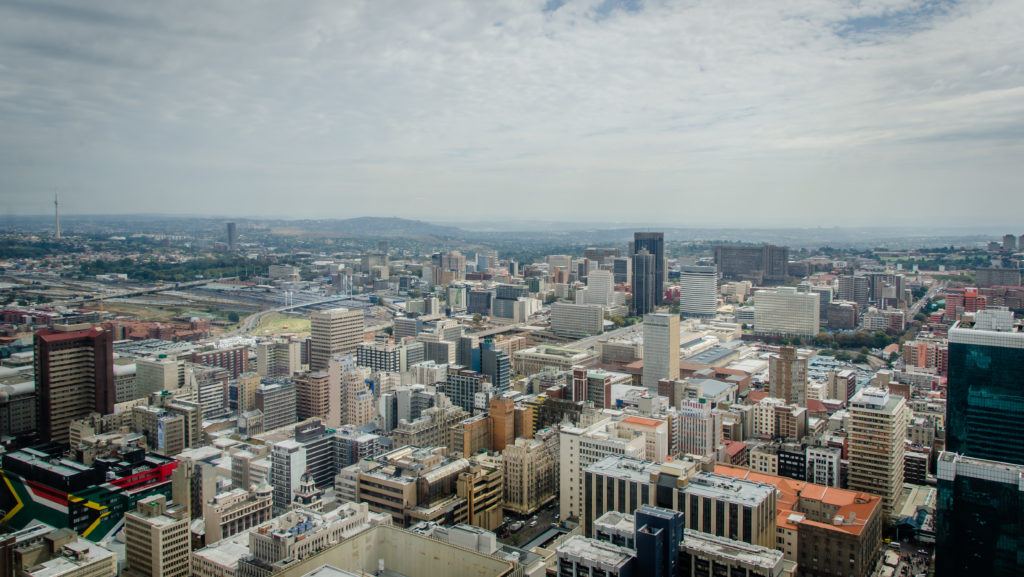 When visiting African cities – especially in South Africa – it’s easy to forget or indeed not even realise that the vast majority of the urban population live some way from the city centre. Even almost three decades since the end of apartheid, the sad fact is that most locals (let’s face it, blacks) live in near poverty in townships purposely kept far away from downtown areas.

You really should not visit South Africa without visiting a township. Go on a guided tour and you will soon find out that these are dynamic, colourful places with a populace making the absolute best out of very difficult circumstances. People are friendly and keen to tell their stories – and you will be humbled by seeing the real urban Africa.

Townships also exist in other African countries but are most prevalent in South Africa. When you drive from the airport in Cape Town into the wine area you will see hundreds of shacks on one side of the highway and verdant vineyards and wine estates practically on the other. Which leads me on to the next section…

African wine essentially means South African wine – at least in terms of volume and quality for the moment. There are several wine-producing regions in the country but Stellenbosch is perhaps the most famous. It’s proximity to Cape Town is undoubtedly a factor and there are more vineyards here than you could hope to visit in a month.

So pick one or two (the picture above is from Middelvlei, which I wholeheartedly recommend for both their fantastic wines and superb braai lunches every day of the week.

Stellenbosh even has a hop-on, hop-off wine bus so you can try out a few vineyards in a day without worrying about how to get back to the hotel in one piece. “Stagger on, roll off” is probably a better description, though…

But there is another side to the wine industry too. So as well as enjoying the wine, remember who is picking the grapes – there is a large township right outside of Stellenbosch where you will find the answer and guided tours can be arranged at the tourist office in town and are highly recommended. 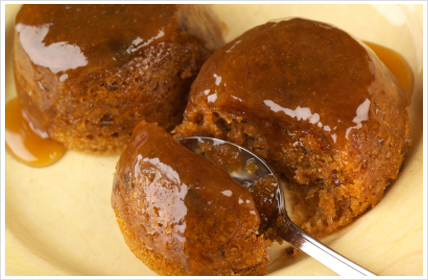 Africans have a sweet tooth too and there are a ton of tasty treats waiting for you after dinner. Or indeed at any other time, but let’s focus on puddings.

Most of the English-speaking countries in Southern and East Africa have varieties of what the South Africans will claim are “their” desserts. But Brits will recognize many recipes and the general style as what we call “classic school dinner puddings” – you won’t go home hungry if you stick it out to the final course, in other words.

If you get the chance to try Malva Pudding (pictured above), Milk Tart or Koeksister (we’ll let the Saffers have that one) then go for it. I won’t spoil it by explaining what awaits you, either… 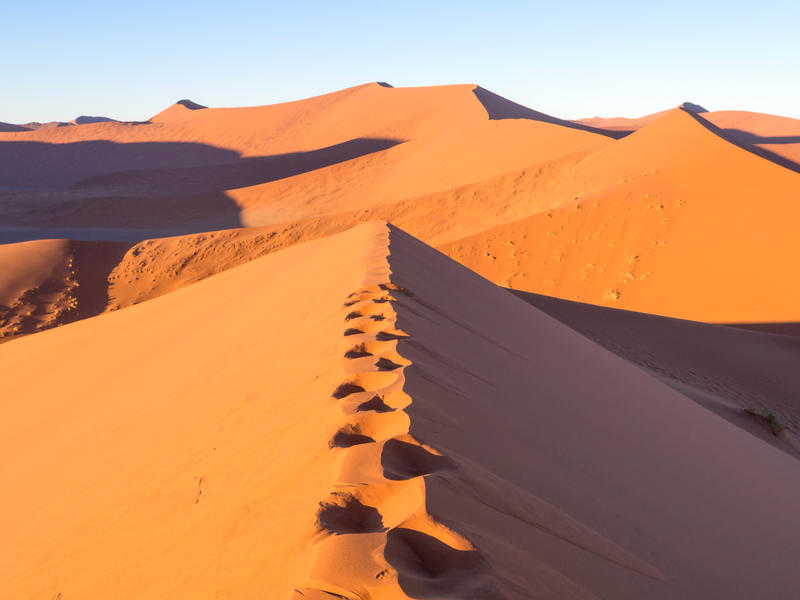 Africa has the most stunning desert in the world (the Sahara) which I was lucky enough to cross back in the day in a truck I bought and drove with a mate. Yeah, that’s another story for round the campfire after a day on safari…

There are many others equally worthy of your time, though. The Namib is enormous and quite possibly the oldest desert in the world and you can climb many of its awe-inspiring dunes (like the one above) or just admire them from afar.

Then there’s the legendary Kalahari, stretching over Botswana, Namibia and South Africa…

11. Wake up happy every day 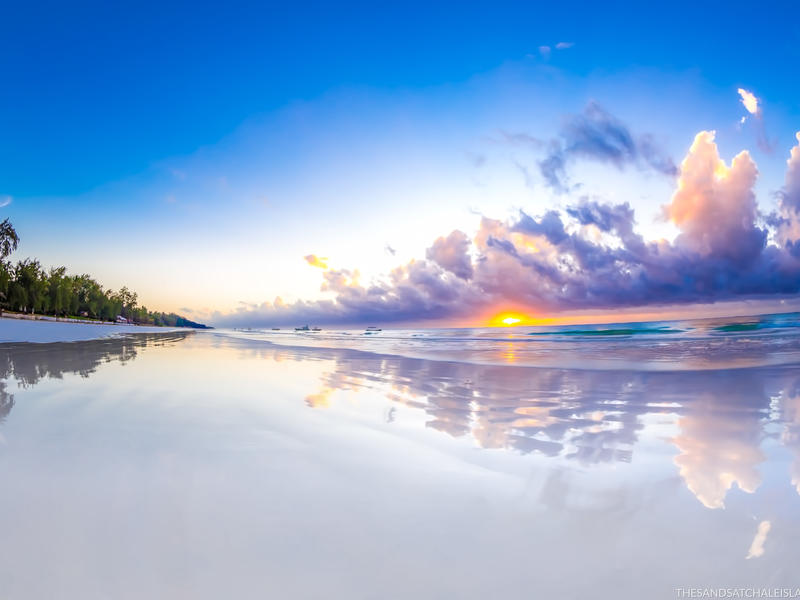 This is a very famous quote from Ernest Hemingway. He was totally right, too. It is downright impossible not to wake with a smile on your face with sunrises like nowhere else on earth, the early-morning sounds of a city coming to life or the incomparable dawn chorus.

With each day pregnant with exciting possibility, how could you not be happy? 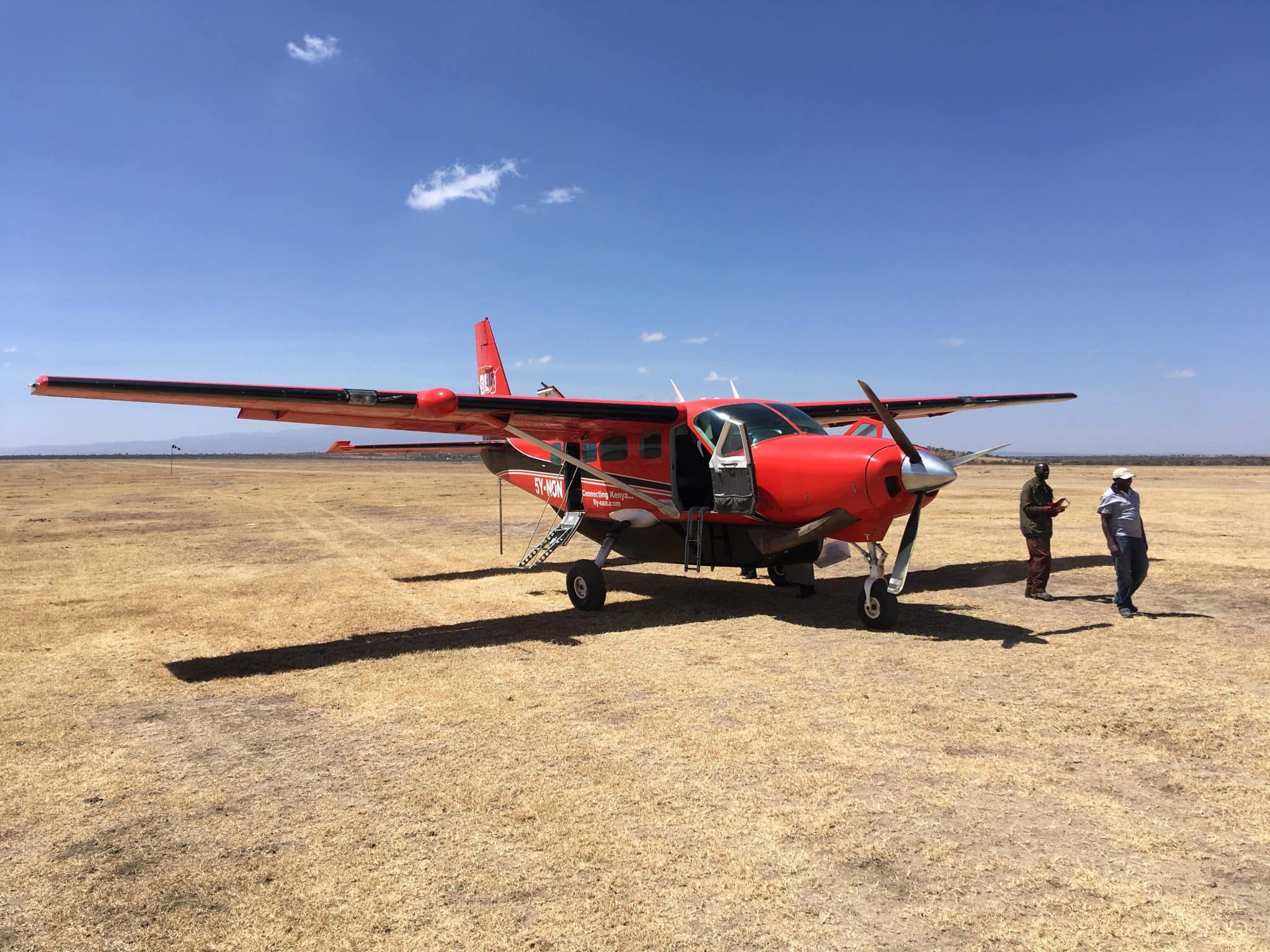 There are plenty of places in Africa that you will want to go that can only be reached by light aircraft, as well as many more where it is the most practical form of transport.

In addition, you can often book a scenic flight over a spectacular area (the Okavango Delta, the Maasai Mara etc.) Whatever your reason, flying by light aircraft is incredibly exciting and the views are amazing. The experience is a lot more “raw” in a 6 or 9-seater propeller plane than a 747 – and you will feel the bumps a lot more – but you will remember it far longer.

As well as private charter flights arranged by lodges and tour operators, there is a growing network of budget airlines operating small passenger planes on scheduled routes – especially in Kenya and Tanzania. Happily this is a growning trend which is pushing down costs in other countries too.

I always say that you have to try really damn hard to take bad photographs in Africa. The light is amazing, the colours vivid and there is always something worth a picture.

You will come back with more photos than you thought possible – and there will be plenty of “keepers” among them even if you shoot on “auto” the whole trip.

The more you travel on safari, the more you understand why people lug those enormous camera lenses around with them. But you don’t have to go that far, just keep your eyes peeled for yet another “Kodak moment”. Yes, I am really showing my age here…

Ready to make plans yet?

Don’t expect a hard sell; I love to help as many people as possible get the Africa bug and and creating the perfect itinerary based on what YOU want to do. Use the contact form to send in a few details and I’ll get right back to you.