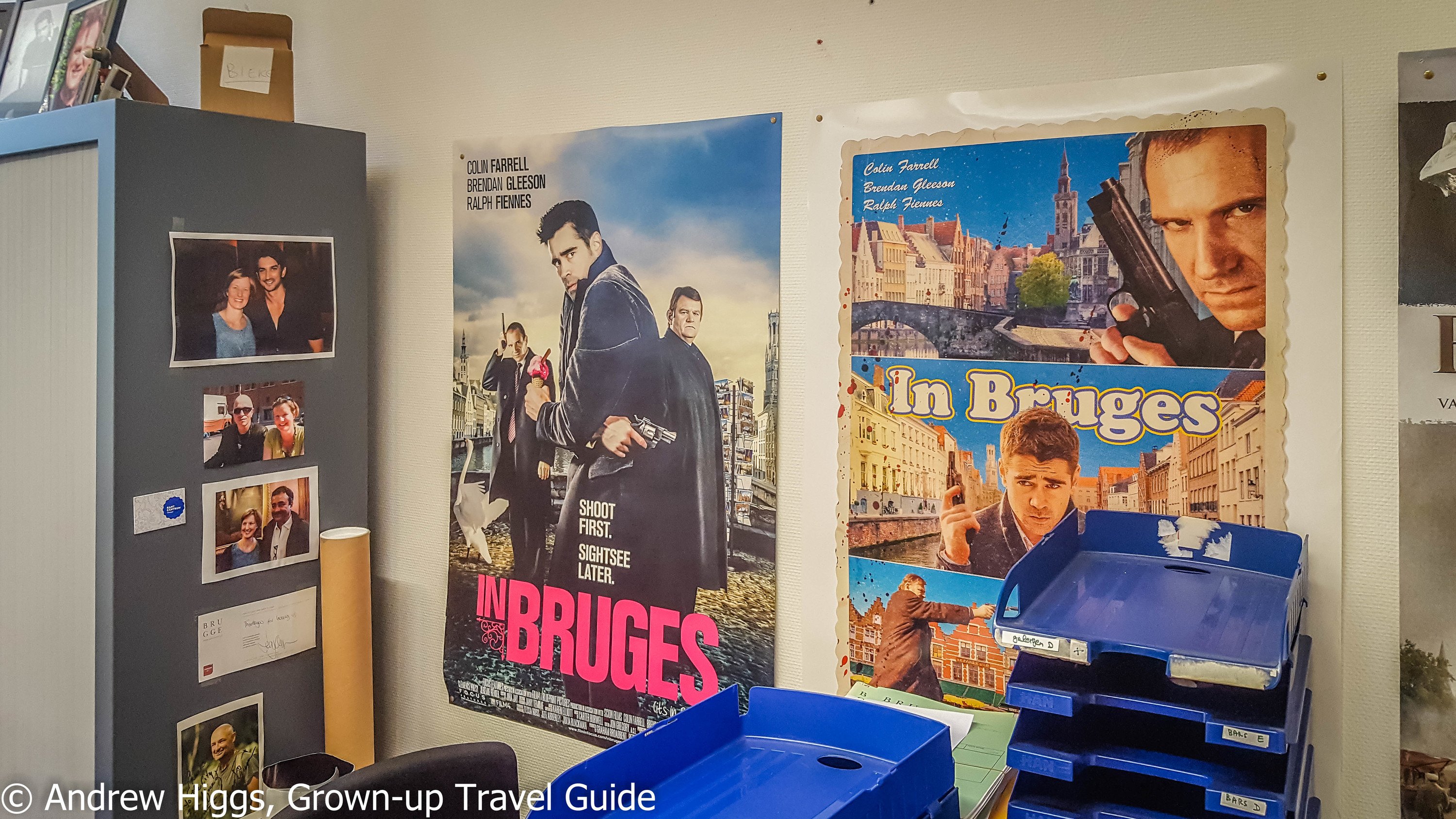 This article is part of the series “A Short Break in Flanders, Belgium”

So, Belgium…it’s been a while. I have history with this tiny country, including having been born there.

Did that throw you a bit?

Well, that was in the southern, French-speaking region of Wallonia and at an international hospital because my father was working for NATO at the time. So despite a lifelong love for Tintin, a natural instinct to put mayonnaise on chips and a more recent – but no less passionate – love for Belgian beer, I never had any claim on Belgian citizenship and we moved back to the UK when I was two.

Moving on to the 1980s, I blasted through Bruges and Antwerp while Interrailing and can remember a little more from back then than the time spent in the south as an infant. This blog trip would take us to both cities and I was looking forward to getting a 2017 update.

This #ShortbreakInFlanders campaign was created by the Nordic Travel Bloggers collective working together with #VisitFlanders and #BrusselsAirlines. The aim is to promote Flanders as a destination for a, er, short break. I chose to focus on food and drink as well as cultural sights, leaving the whole Flanders Fields experience for two of the other bloggers to cover.

Full disclosure: my trip was sponsored by Visit Flanders, Visit Bruges and Brussels Airines but all opinions are my own, as they always are.

Getting there with Brussels Airlines – the great value Hi Belgium Pass 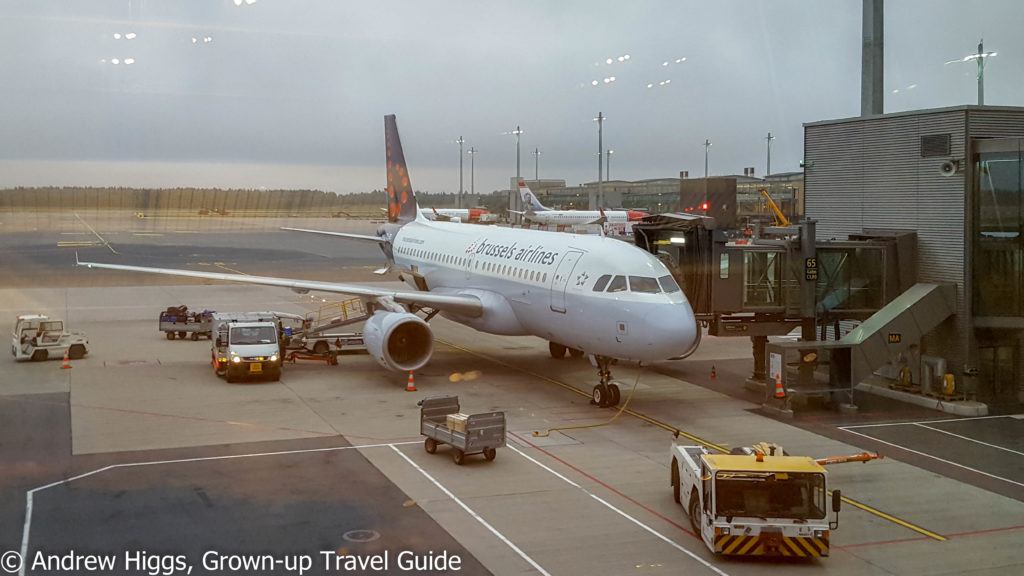 A novel collaboration (at least, I’ve not seen this kind of concept before) between Brussels Airlines, the Belgian national railway company and local service providers, the Hi Belgium Pass includes return flights from any eligible airport on the Brussels Airlines network, unlimited train travel as well as activity vouchers for two cities in Belgium for just EUR 149.

Now that is quite a deal and well worth considering. As for me, I was booked on the first flight out of Oslo on August 21 which meant that I had to get to the Norwegian capital the night before and stay over at an airport hotel. I slept well but still had to get up outrageously early in order to check in on time for the hop over to Brussels.

It proved to be a comfortable but eventful journey due to the drunken behaviour of a bunch of middle-aged Norwegian blokes on their way to watch F1 racing or some such crap. Fortunately the staff onboard dealt with it all very well and the rest of us were even more happy to reach Belgium than might reasonably be expected… 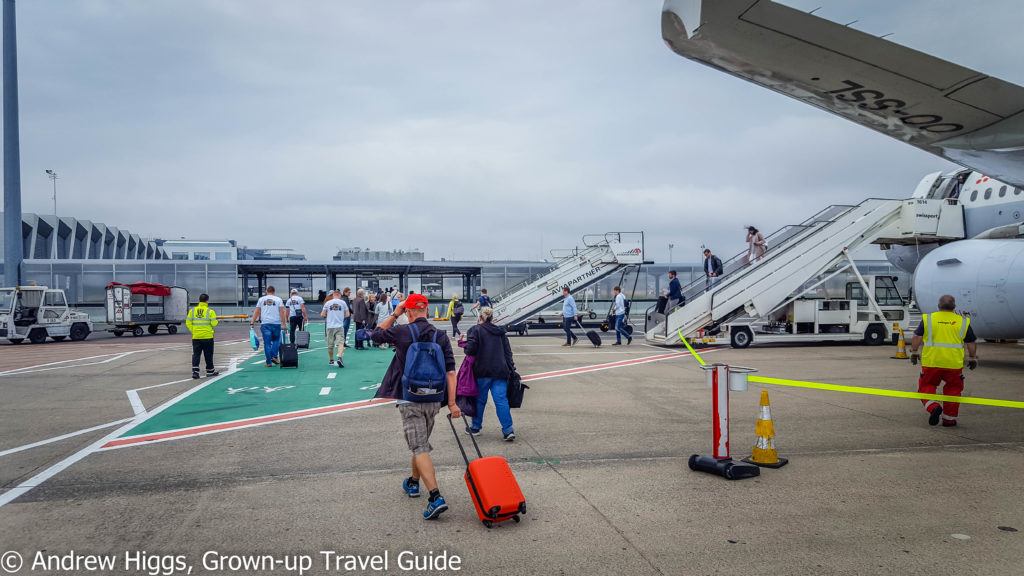 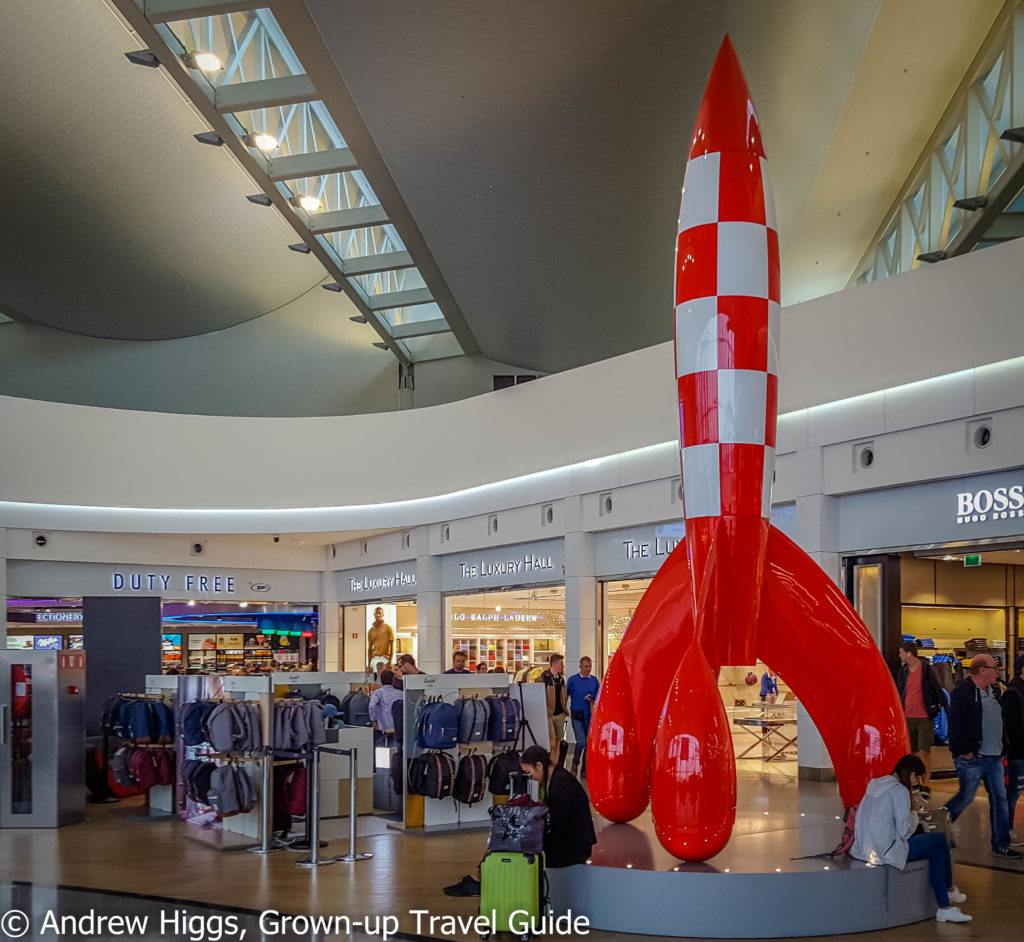 Local sights are promoted to those staying in the city, too.

I really do need to return to the Atomium one day, but there would be no time this trip.

After baggage reclaim I met the other bloggers as agreed at a cafe and we then headed for the railway station for the journey to Bruges, which was comfortable enough although a far cry from the Scandinavian trains I had been spoiled with over the last few months. A taxi driver met us at our destination and drove us into Bruges itself – the rather nondescript area around the railway station was soon forgotten as we entered the medieval city centre and parked up outside our canal-side hotel.

I had just enough time to check in to my room, dump my big bag and pack my camera gear before we had to meet in the lobby and head for our first pressing engagement – lunch. 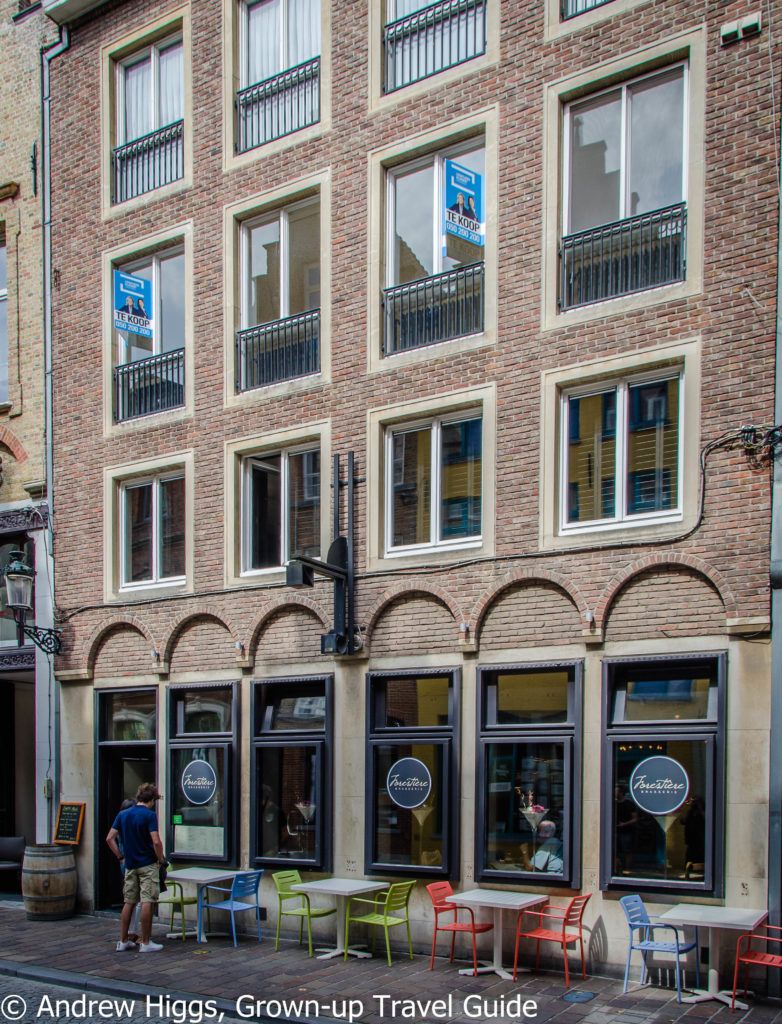 But this is a good thing in my eyes – it means that all eateries in the city have to compete on a more level playing field than in most cities where a spectacular location can mean that lower standards are accepted.

Or am I just being cynical?

Probably. But a degree of cynicism is valuable, especially where dining is concerned. My anti-hipster sentiments are well-known, and I have a pretty strong aversion to bullshit where a subject so important to me as food and drink is concerned.

Bruges was thus a revelation – spectacular food and drink in unpretentious and laid-back restaurants was not what I expected, to be honest. 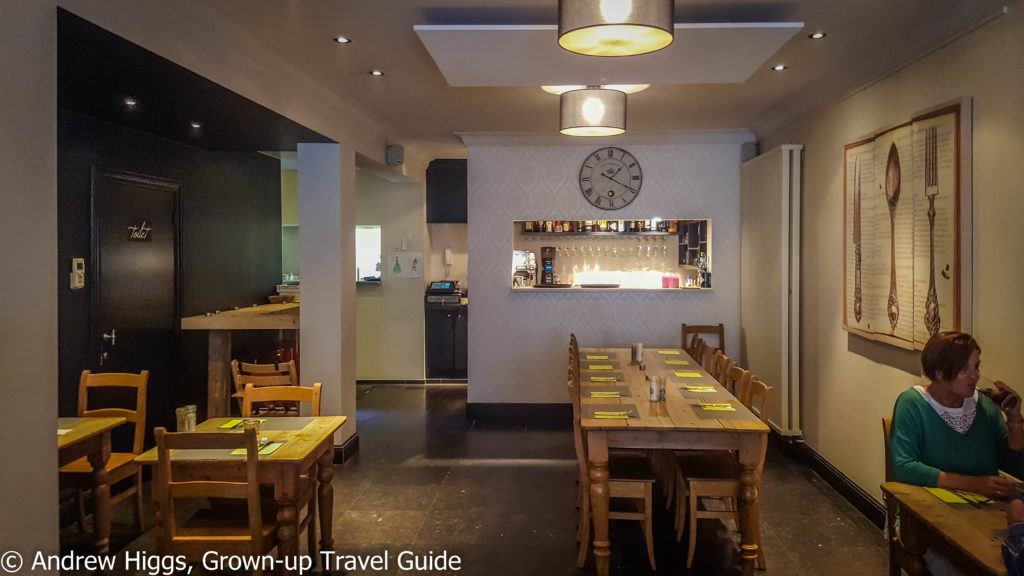 The culinary journey began at Brasserie Forestiere (see, I can do pretentious foodie writing too!)

A simple yet homely place which aims at the day crowd (it closes early) and is an ideal spot for a good lunch, brunch or other nameless meal taken at 3 p.m. after sightseeing made you lose track of time. 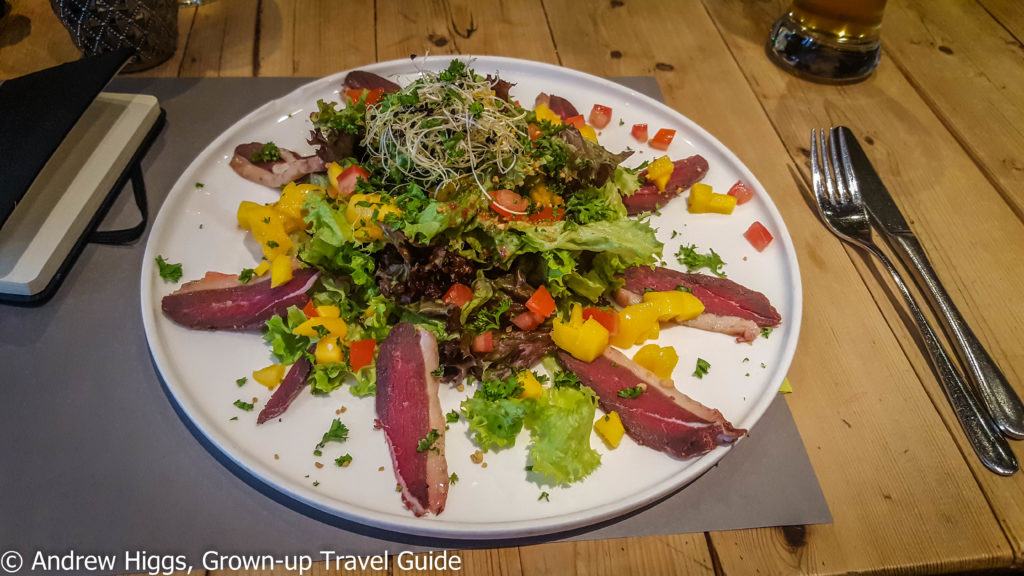 Yes, it tasted as good as it looks. No, it is not a hipster salad, you fool. 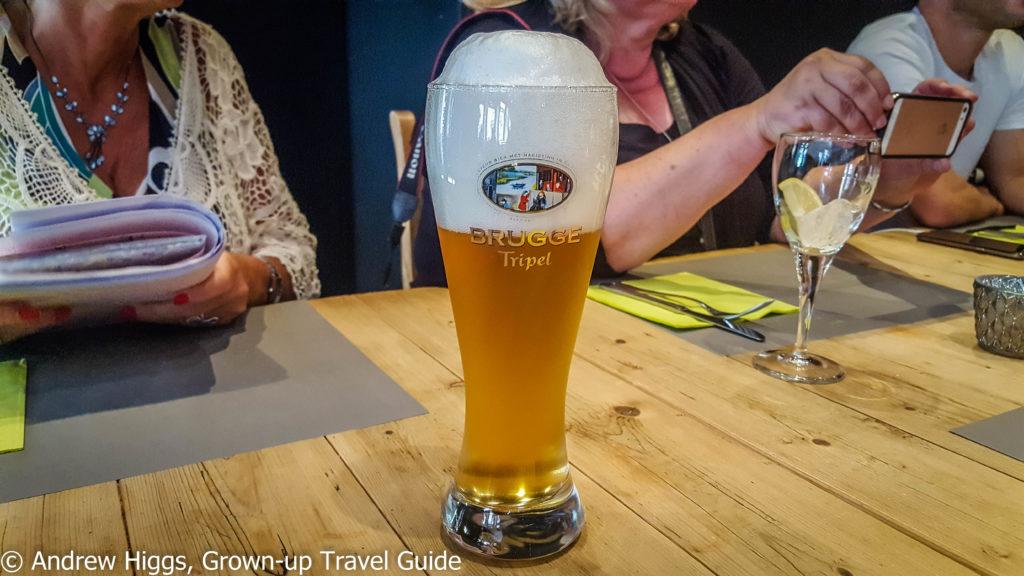 When in Belgium, beer is obligatory at any time of the day. I read that somewhere, didn’t I?

A quick point – that massive head on the beer is not only standard in Belgium, it is desirable. So don’t be a twat and complain about not getting a full glass, okay? I surely don’t need to explain further to my readers, so I won’t.

I will definitely be back next time I am in Bruges and can heartily recommend Brasserie Forestiere as a lunch stop – they also have good vegetarian and vegan options, if that is your thang.

Getting around Bruges – rent a bike from Hotel Koffieboontje

We had met our local guide who would accompany us for the rest of the afternoon for lunch and she led us to the wonderfully named Hotel Koffieboontje to pick up some wheels. 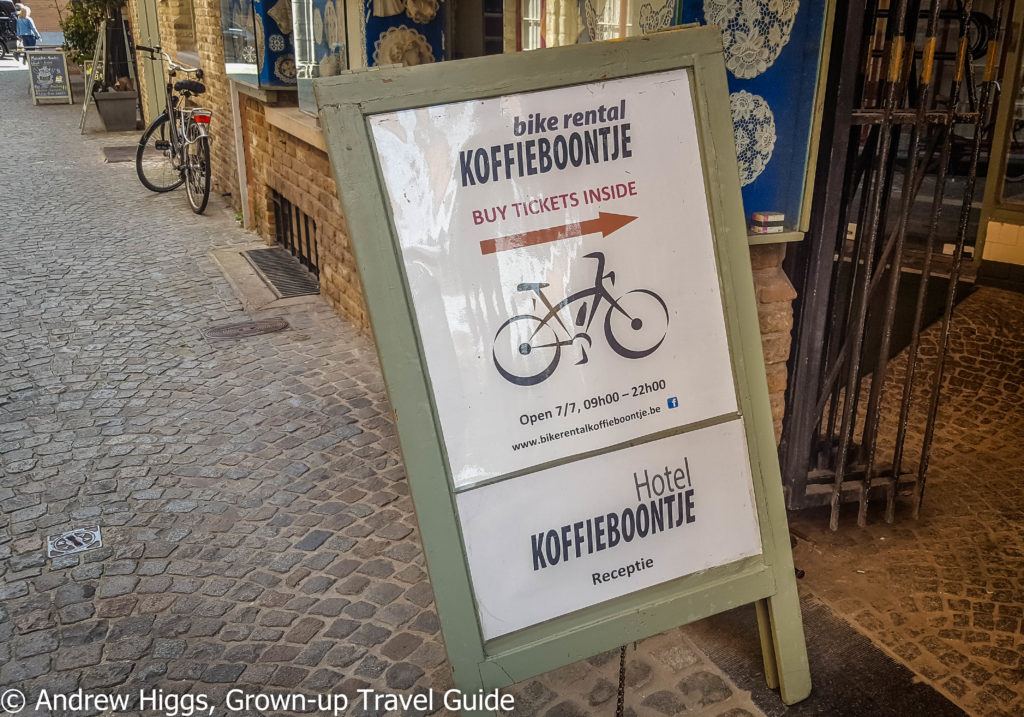 Bruges is an easy city to walk in, as the main places you will want to visit are located within its compact old centre. However, for a greater sense of independence and the ability to get from one amazing bar on one side of the city square to another amazing bar two kilometres away without wasting valuable drinking time treading the cobbled streets, rent a bike. 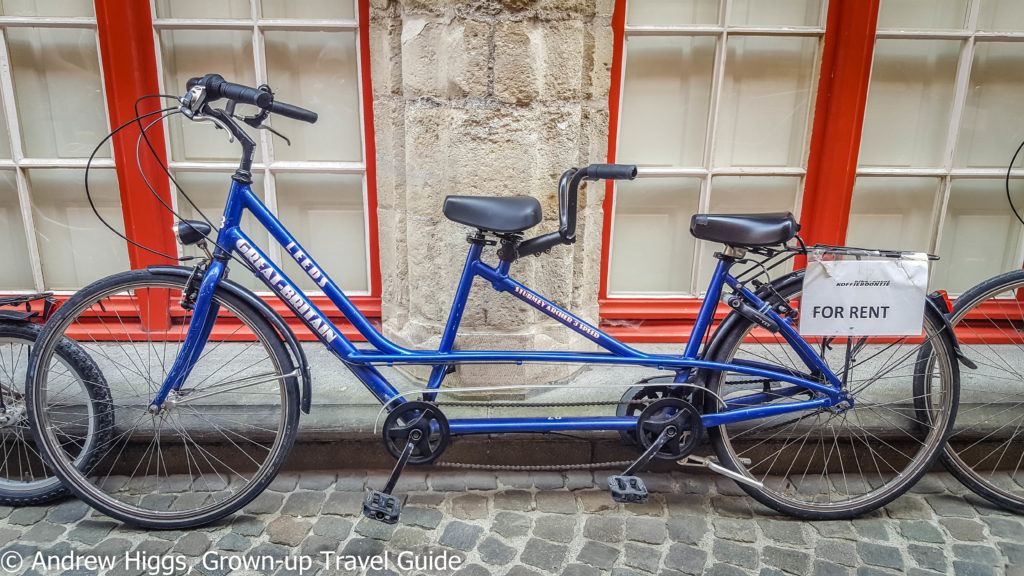 Yes, I was a little sceptical to a tandem. 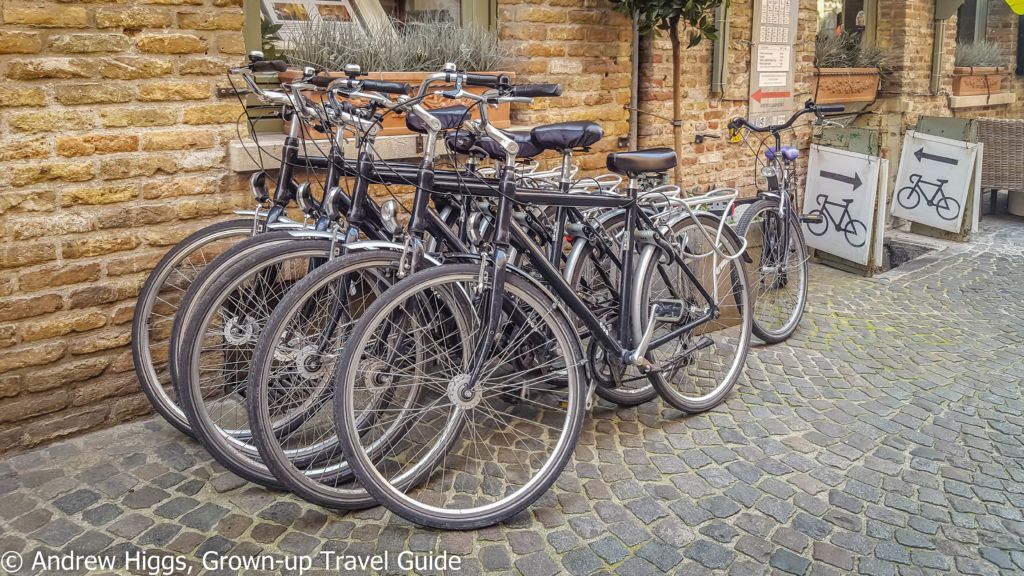 Turned out that this is the more regular style of bicycle and that the prices are good value.

And then we were off, six of us with that classic “unfamiliar bike” wobble, following one who had probably been born on a bicycle through the packed streets of old Bruges.

By the time we reached the tourist office we were riding like we lived here. Well, almost.

If those two words don’t mean anything to you, or you are wondering if I have just lost my mind after a cycling incident, then you presumably haven’t have seen one of the best films of the last 10 years, In Bruges.

Oh please. Go and do it now. Okay, you can read the rest of this first but just promise me you will make it your second priority.

For those who have seen it, you are obviously fans so you will be delighted to note that despite initial resistance to the film due to its, er, slightly less than positive take on Bruges, the city tourism board realised the incredible potential it offered to bring even more visitors and tap a different demographic.

Bruges has always been VERY popular with pensioners and big tour groups arriving on cruise ships at the nearby port of Zeebrugge, but after In Bruges a younger crowd began to visit the locations shown in the film.

Naturally I had to ask for any juicy titbits about the cast while they were in Bruges (hah!) and was rewarded with a few gems, but my lips are sealed. I don’t want any of that lot after me… 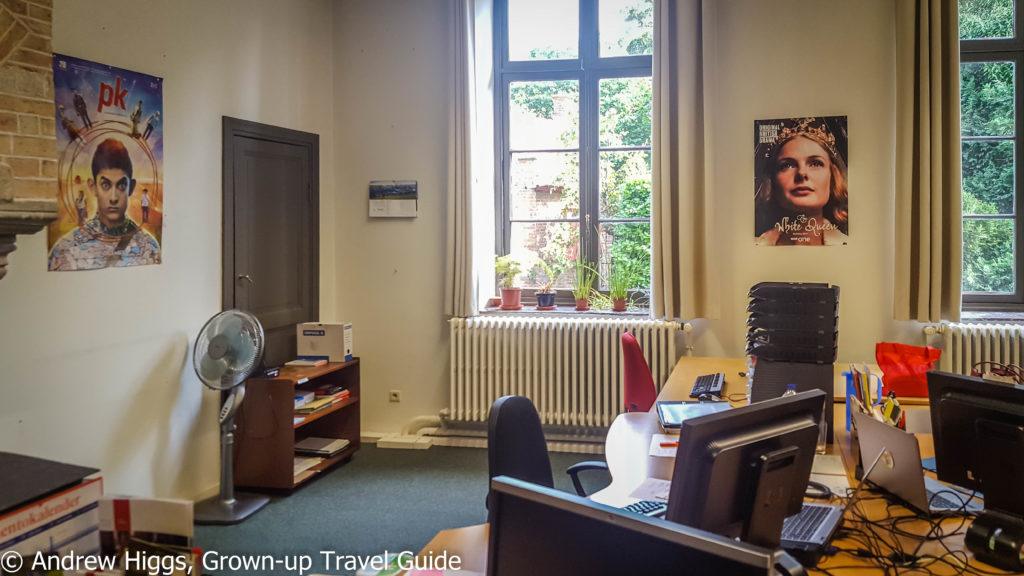 The dedicated Bruges City Film Board has been very successful in attracting productions from Bollywood, the BBC… 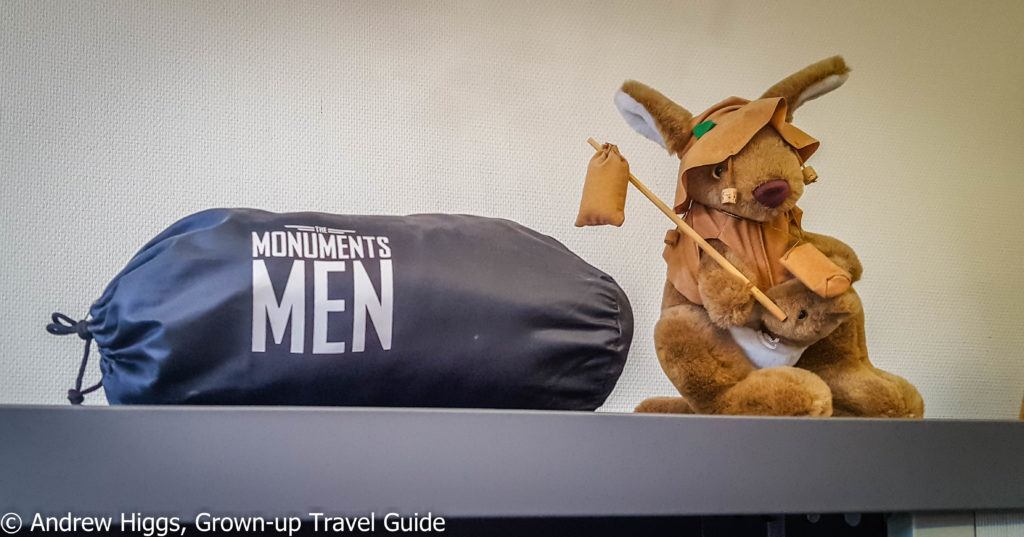 …and of course Hollywood, among others.

But a glance around the office shows that one film rules them all: The tourist board has an excellent In Bruges brochure with a map showing the filming locations and some fun trivia, too.

Hilariously, most of the best cursing comes from Ralph Fiennes, who seems to be more in his element in this movie than as an English Patient.

Don’t believe me? Watch this handy compilation from the bonus features section of the Blu-ray. Do I really need to add that this is “not suitable for work”?

It is perhaps time for some slightly more refined culture. Next on our list was a short ride through the lovely late summer streets to the impressive music and arts centre on the south-western edge of town. 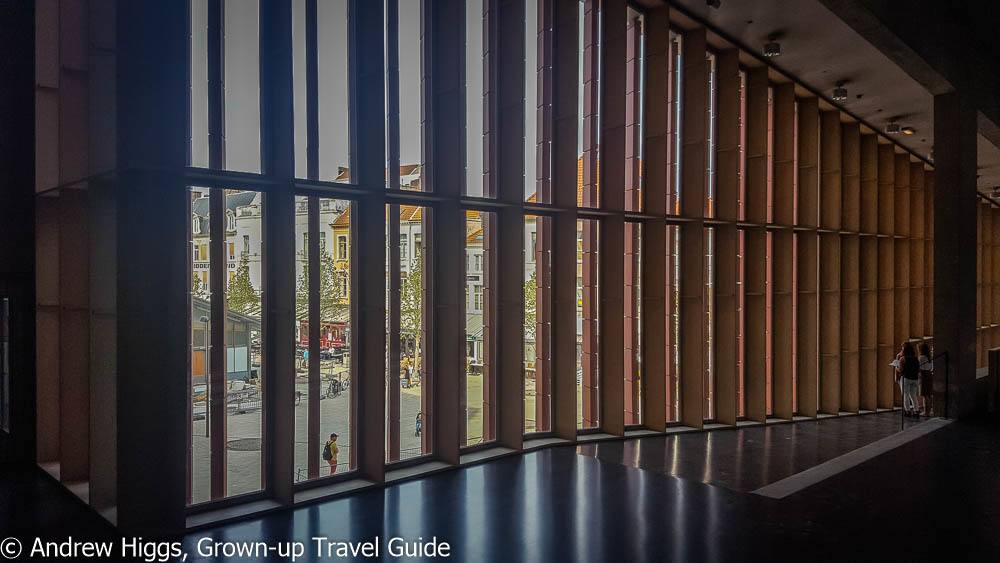 It’s an impressive building both inside and out, and opened in 2002 when Bruges was joint European Capital of Culture. 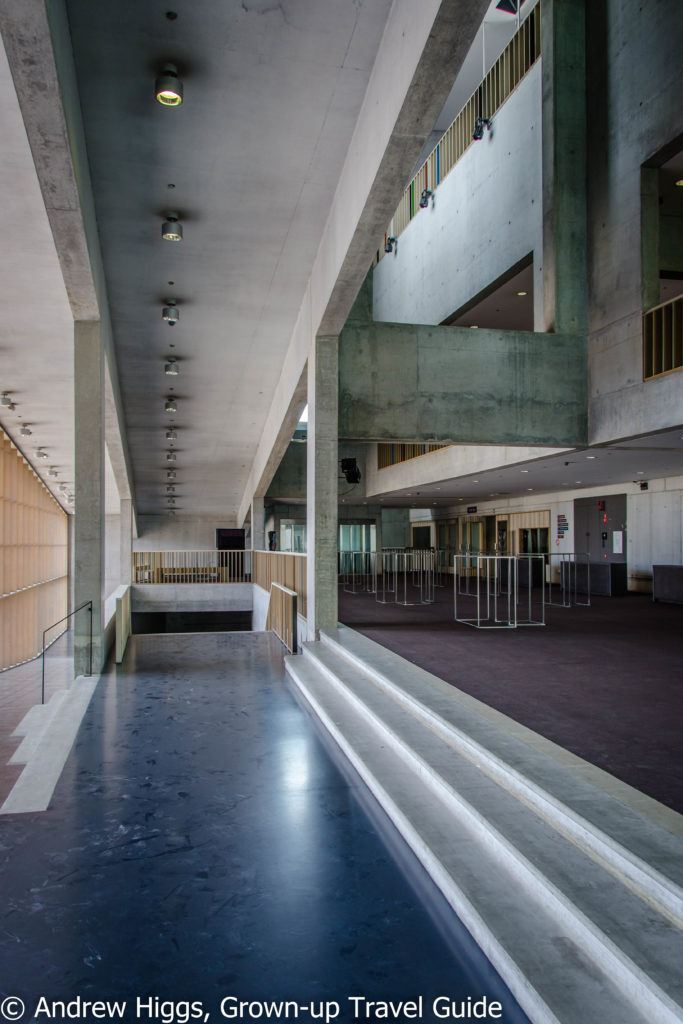 In fact, the building was inaugurated on 20.02.2002 at 20.02 with a performance of The Creation by Joseph Haydn. Sticklers for detail, these Belgians… 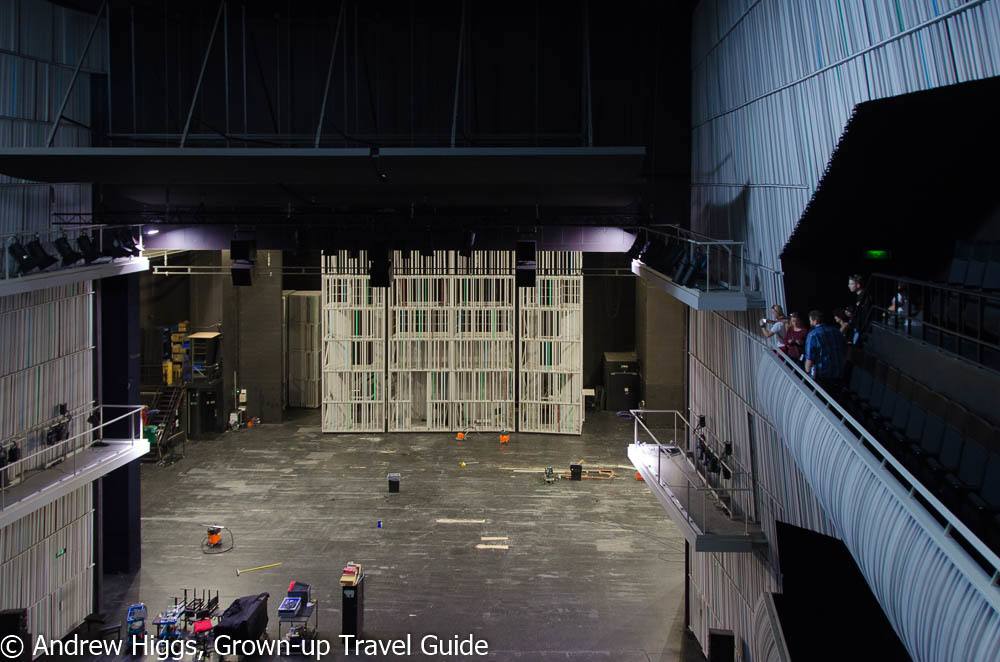 The concert auditorium seats 1289 and is renowned for its superb acoustics, gaining praise from musicians around the world. 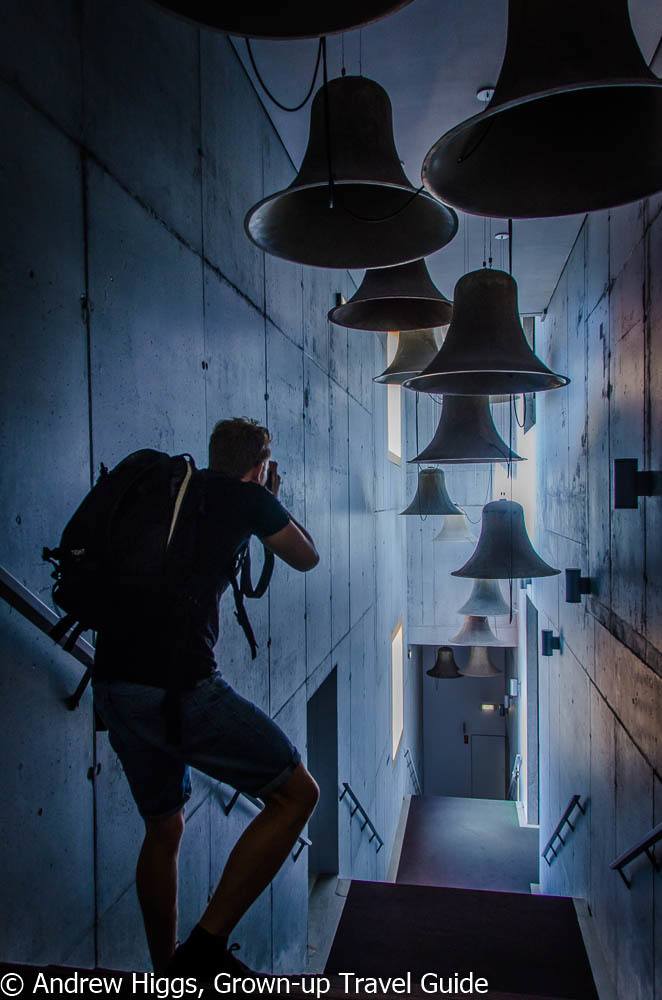 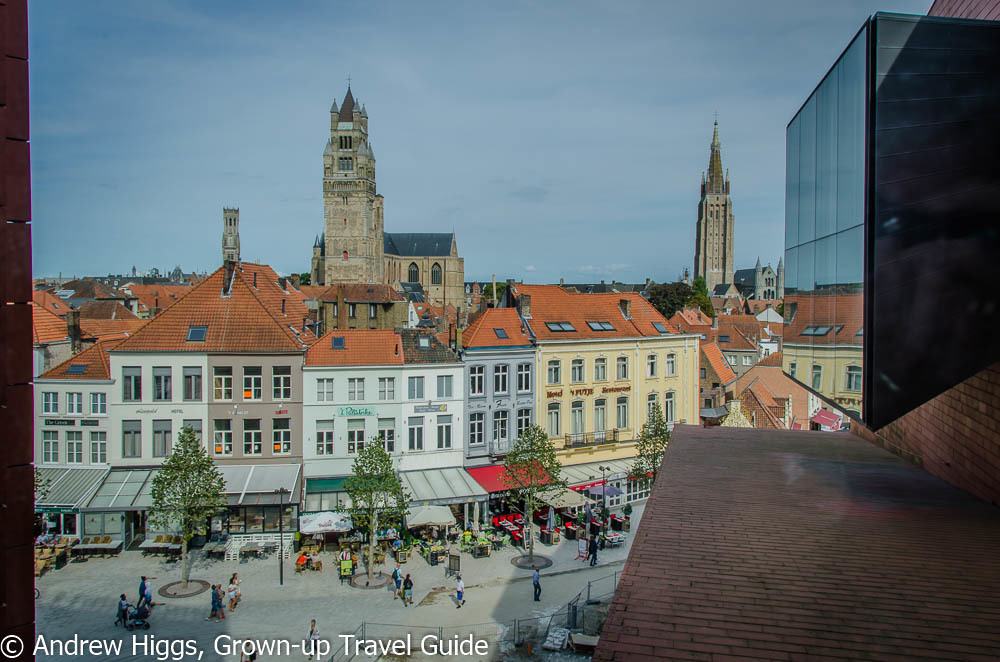 The red terracotta brick facade allows this ultra-modern and high-tech building to somehow fit in with the rest of the ancient city – at least a lot more than you might expect. There are great views of the latter from inside the former, and also from its roof. 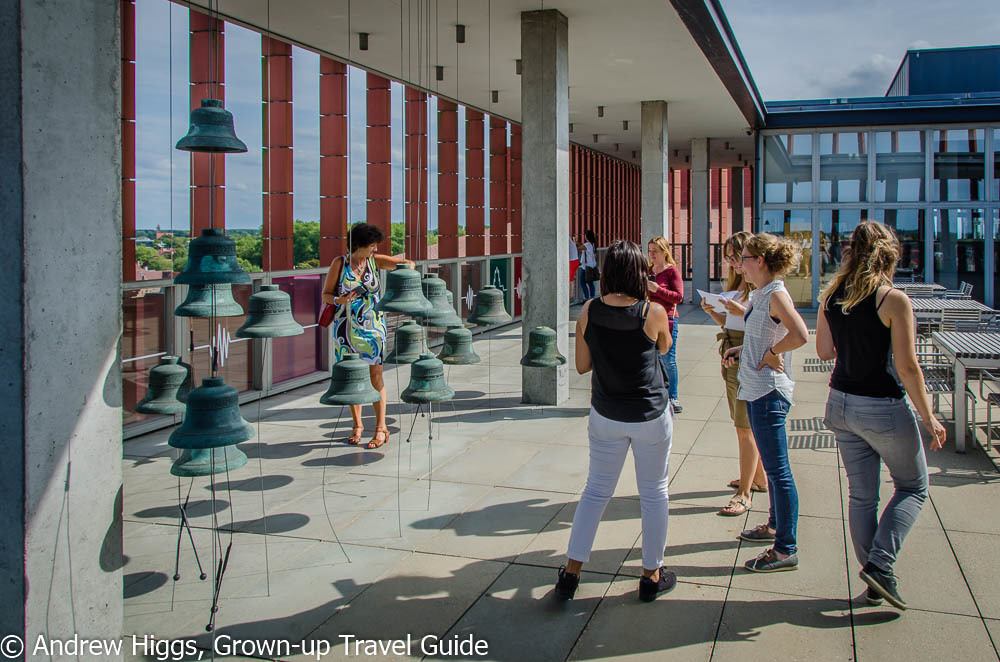 Music is everywhere – and not just for listening to. You can have a go at Tubular Bells up here if you fancy it.

After some free time to explore (yes, I went for a run despite being exhausted and it seemed to help, actually) and a quick change, we regrouped to make our way to our venue for dinner. I didn’t really know what to expect but Toke informed me on the way that this place is basically a Michelin-star quality establishment that wants to keep its feet on the ground. Now that sounded good… 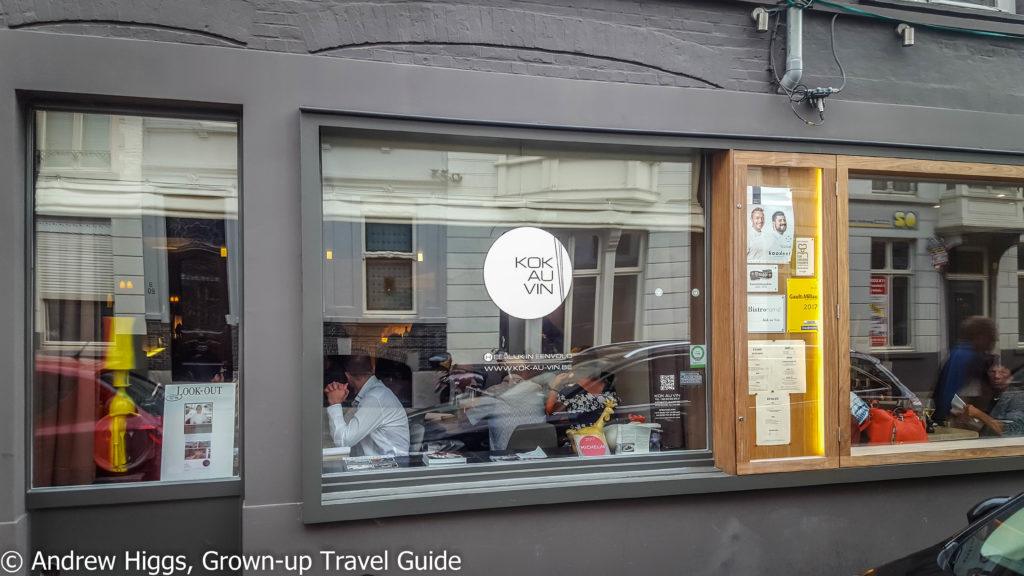 Kok au Vin has won more than its fair share of awards and accolades, as evidenced by the posters in the window. 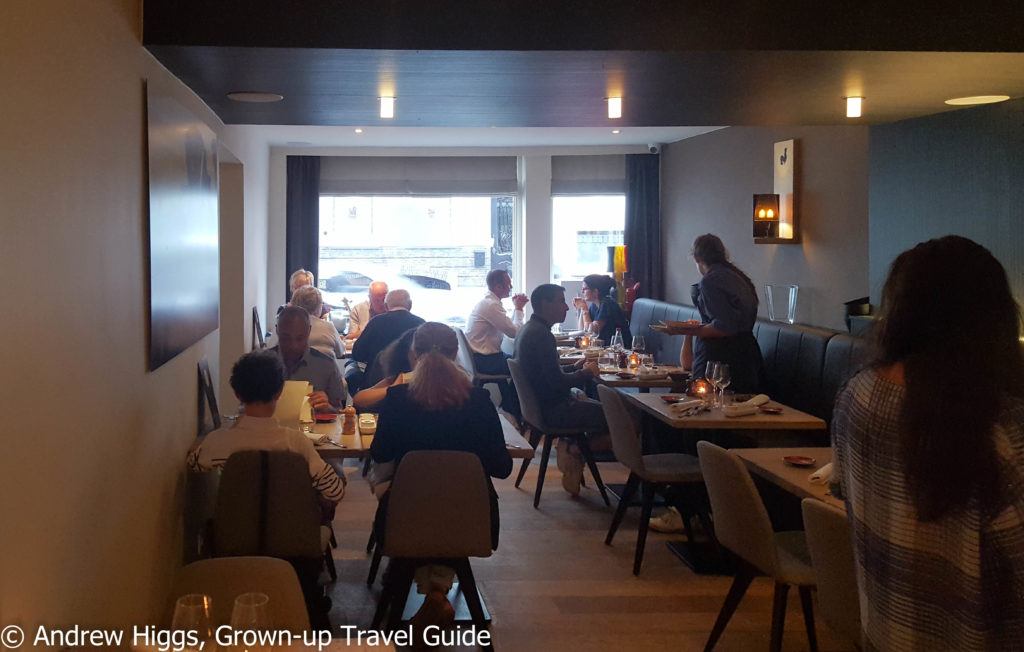 But what I really loved about this place, is that despite all that (it even has a Bib Gourmand recommendation, which is quite the big deal in restaurant circles) it is about as laid-back and informal as it gets.

Just look at the crowd – from families with small children through budget travellers to the rich and probably powerful – with a bunch of freeloading travel bloggers on this particular Thursday night too – everyone is welcome. 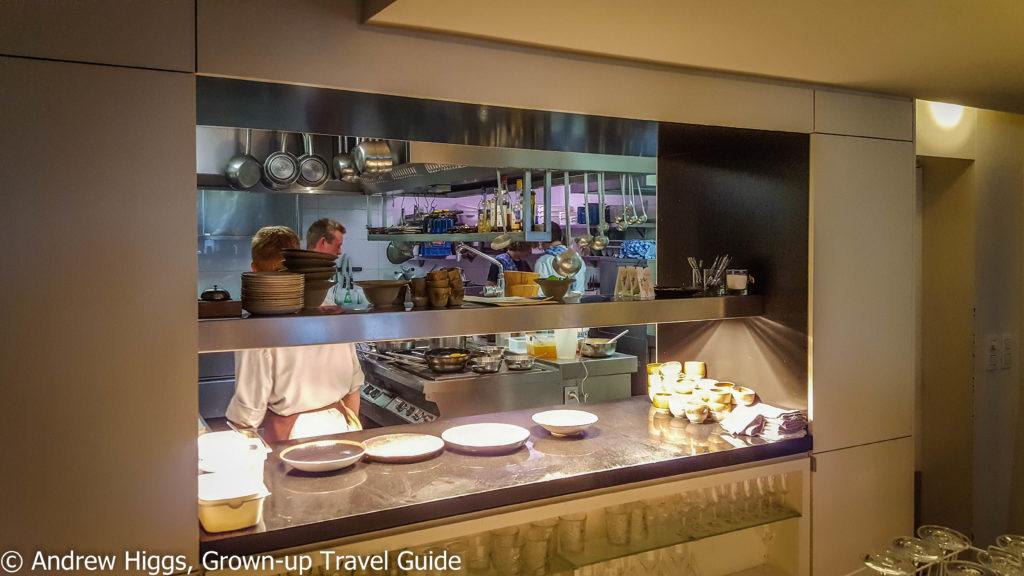 As is de rigueur with most decent restaurants these days, the kitchen is open for all to see and wonder at.

We were given an introduction from one of the staff who explained that the concept was simple – as the best concepts often are – to deliver great dishes based on locally-produced ingredients, taking classic traditional Belgian food and giving it a modern spin. And best of all, the prices are affordable to all but the most penny-pinching visitor. 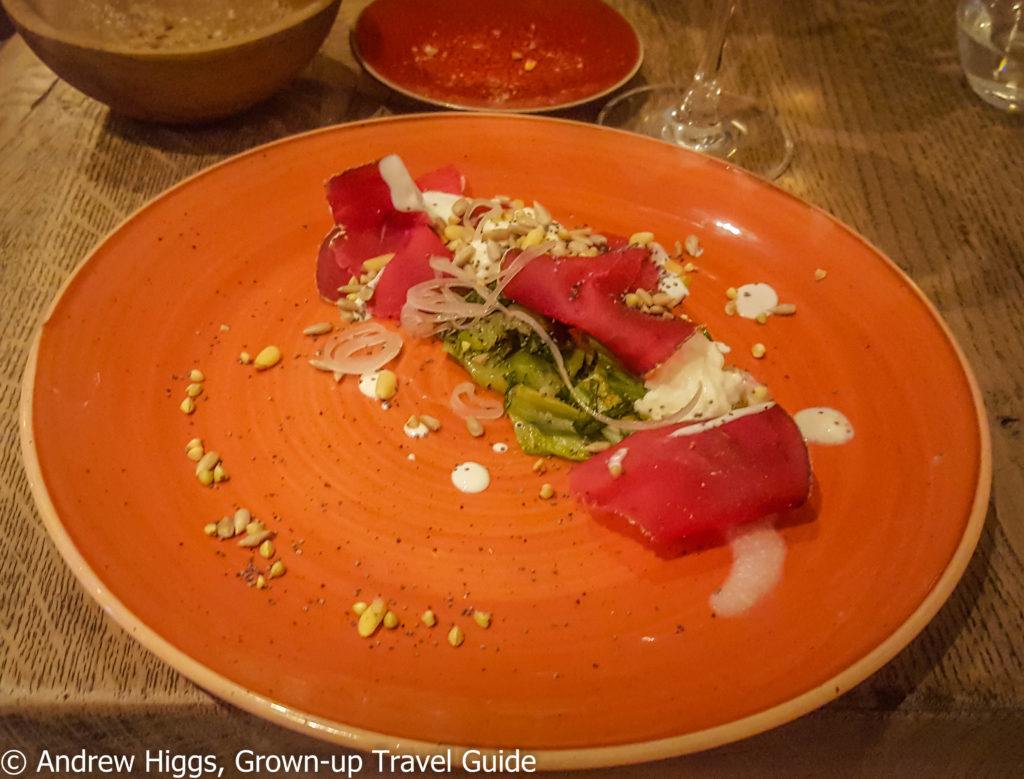 Then it was time to eat… 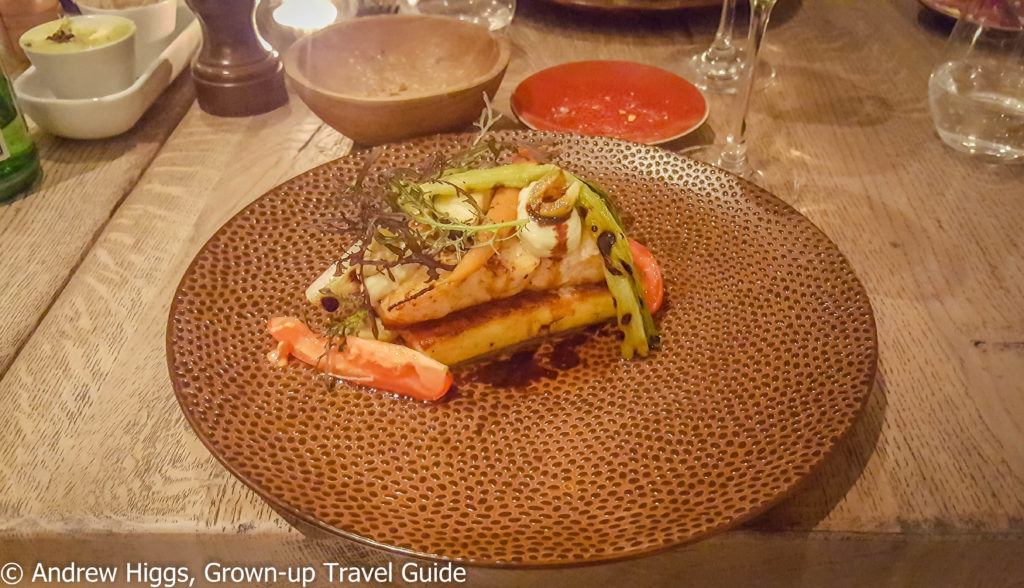 We made our way through three exquisite courses with wine pairings, and I think I will just let the pictures do the talking (I am no food critic). 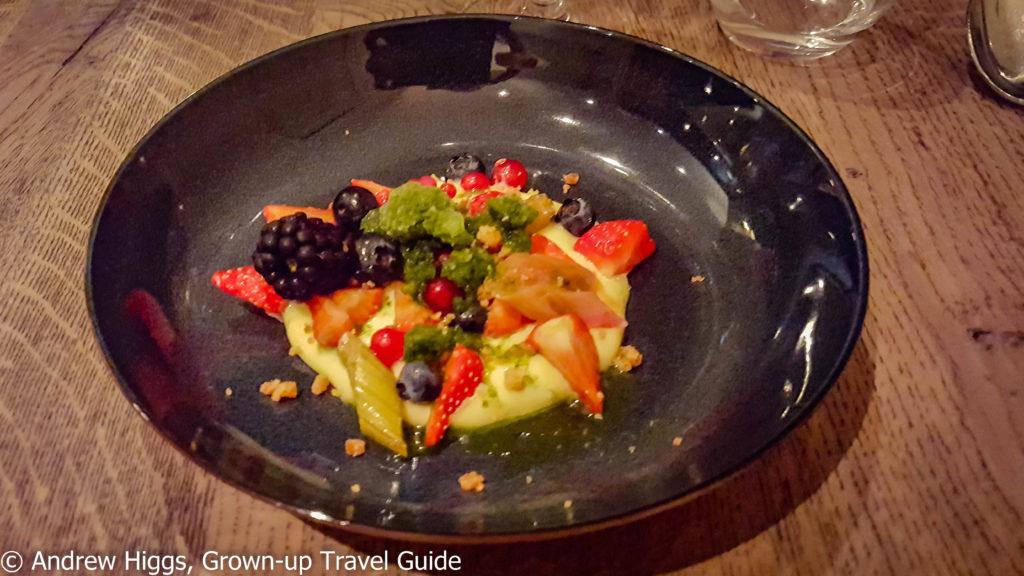 Sorry for the blurry dessert shot. This was either due to the low light, a slightly unsteady hand after the fifth glass of wine or a combination of the two.

We were lucky enough to have plenty of time together with one of the managers, who explained that Kok au Vin was actually hoping not to gain a Michelin star as they knew that they would then likely have to raise prices and lose some of their guests – and the whole point was to serve gourmet food to everyone. Monsieur, j’approve…

A three-course “Bib Gourmand” menu costs EUR 37 – that is pretty amazing value. My advice is simple – go there. If you are planning a trip to Bruges, make a reservation at Kok au Vin as soon as your dates are fixed. And thank me later.

5 amazing things to do in Sicily

Learning during travel: Is it possible?